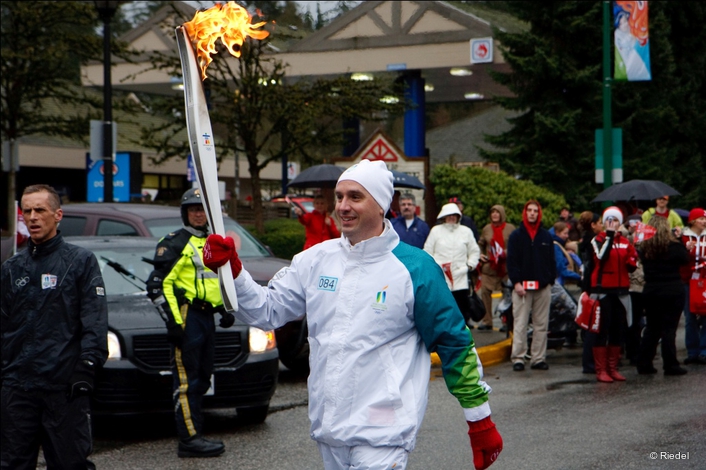 Thomas Riedel with the Olympic Torch
Thomas Riedel, founder and Managing Director of Riedel Communications, carried the Olympic Torch during the ceremonial Olympic Torch Relay at this year's Winter Olympic Games in Vancouver.
"This was probably the most emotional moment I've ever had in event productions," said Riedel shortly after the run.

Riedel was officially honored with the "Friends of the Games" title

Riedel Communications is renowned for providing communications solutions to the Olympic Games since 1994. For the Vancouver Games, Riedel was officially honored with the "Friends of the Games" title.