Billed as one of the world’s largest New Year’s Eve celebrations, Edinburgh’s Hogmanay 19 culminated in a giant street party on Dec. 31 with international, U.K., and Scottish performers and a huge midnight fireworks display. Award-winning DJ and producer Mark Ronson headlined the concert and provided a live, custom soundtrack to accompany the fireworks. For the first time in Hogmanay history, the festival was live-streamed to Facebook, YouTube, and the Hogmanay website. Produced by Underbelly, a U.K.-based live entertainment production company, the multicamera webcast allowed viewers anywhere in the world to enjoy the entire 5.5-hour event from their phones, tablets, or laptops. 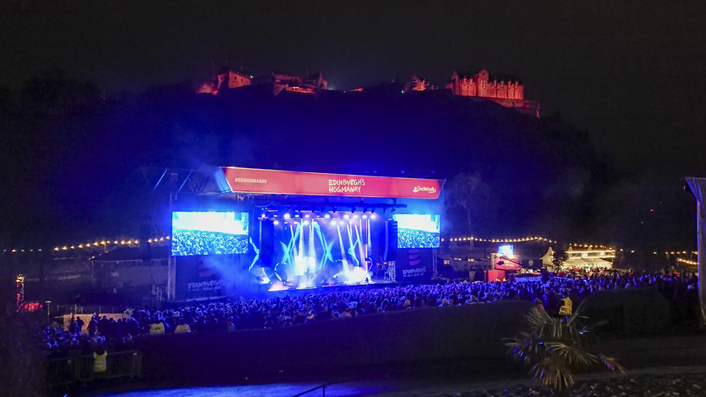 “Since Underbelly first produced Edinburgh’s Hogmanay in 2017, we have installed a city centre wide Riedel network. Over the three years, we have significantly increased the utilisation of the system and it has now become an essential and integral part of the event. The network facilitates not only the creatively world class show, but is also essential for the crowd safety management and operational success of the event,” said David Watson, Production Director, Underbelly. “Riedel’s world-class networking and comms technology, coupled with the onsite configuration and event expertise of James Mitchelmore (Direct Control UK), Ed Lawlor (Visual Certainty), and the Riedel team, was absolutely essential for the smooth running of the festival.”

“Having been initially tasked to design a site-wide network to encompass all audio, video, and data signals, we identified MediorNet as a strong solution. After auditioning the system we found it to be the perfect fit to not only handle the audio and video components but also support the extensive IP elements we deploy alongside. Communications then became a requirement and Artist was the obvious companion, especially with the possibility to integrate the powerful Bolero system.“ 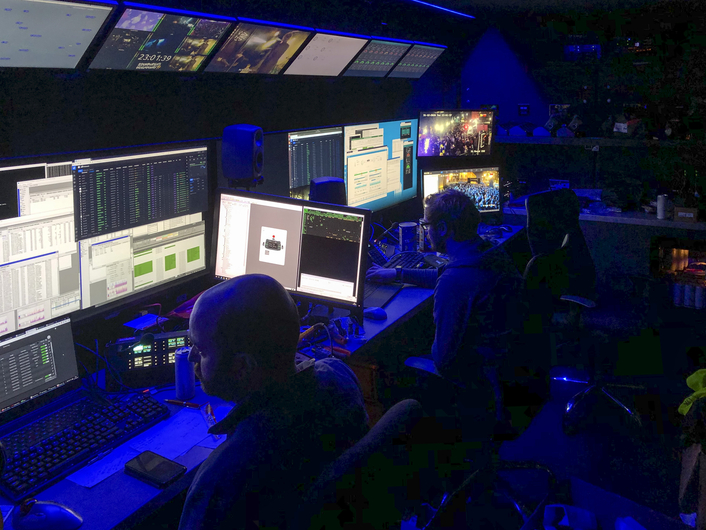 Ed Lawlor, Director, Visual Certainty, added: "With the OB unit also operating an Artist matrix, linking the two event Artist-64 nodes was a great benefit. Given the ability to program the system in advance, the OB-unit can arrive just days before the event and quickly become part of the site-wide communications network, addressing any required user directly. For example, the on-camera talent made use of Bolero for in-ear monitoring, with their mix sourced from OB sound as normal – but distributed via the event AES67 network."

“Every year we’re proud to be part of Hogmanay, a unique celebration of Scotland’s heritage and culture. This year was really special, since Riedel equipment and expertise helped facilitate the first-ever live stream, bringing all of the excitement of the street party to audiences around the world,” said Paul Rivens, General Manager UK, Riedel Communications. “Once again, we’ve proven that there’s no more powerful combination than Riedel MediorNet, Artist, and Bolero for large-scale live event production, supported by our full end-to-end event management services.”