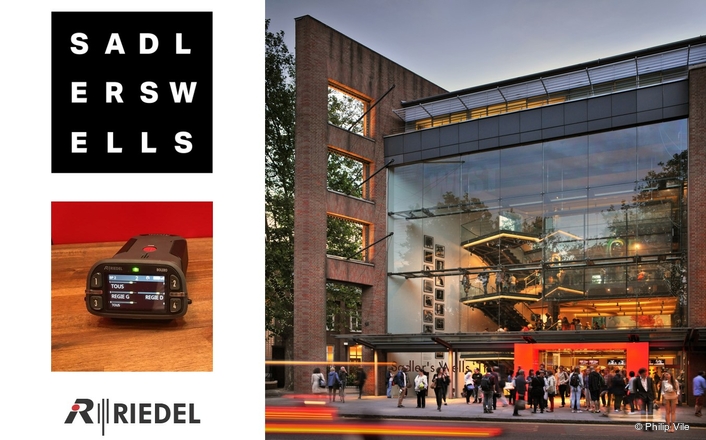 Sadler’s Wells Theatre in London has adopted Riedel’s Bolero to ensure reliable and flexible comms across the 10,000-square-meter building and the adjacent Lilian Baylis Studio.

Sadler’s Wells Theatre in London has adopted Riedel’s Bolero wireless intercom to ensure reliable and flexible communications across the 10,000-square-meter building and the adjacent Lilian Baylis Studio. Located on London’s iconic Rosebery Avenue, the theatre is renowned as one of the world’s leading dance venues, staging contemporary dance and ballet performances in its 1,560-seat main auditorium. The theatre also has a unique link to Riedel’s home city of Wuppertal through an ongoing residency with the Tanztheater Wuppertal Pina Bausch, a partnership that spans more than 35 years.

As well providing a stage for visiting companies, the Sadler’s Wells Theatre is a producing house with a number of associated artists and companies creating original works for the theatre, and many locally produced shows are also recorded for cinema. Visiting OB trucks that are also equipped with Riedel Artist systems can easily interface with the theatre’s systems, creating smoothly integrated workflows and tremendous convenience. 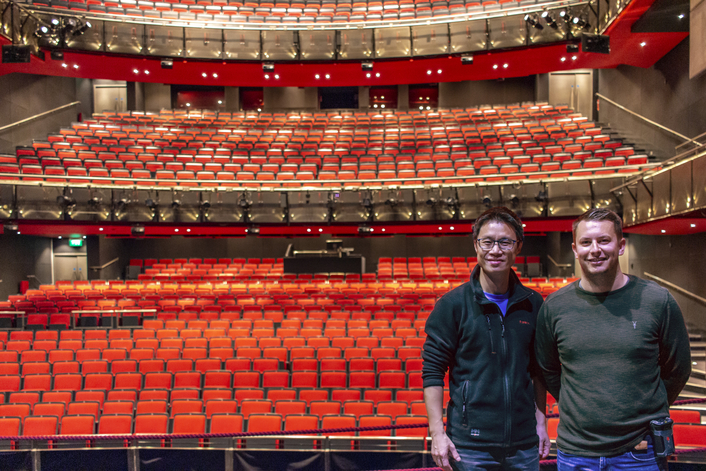 Bolero covers the spacious theatre with only four antennas. One is located at the side of the stage, with another in the auditorium and the third on the fly floor, which also covers all the dressing room corridors and backstage studios. The fourth antenna uses the IT department infrastructure and covers the cafeteria and the entire Lilian Baylis Studio. The setup also provides coverage for all basement areas including technical offices, dressing rooms, and the orchestra pit, and even provides full coverage in the Sadler’s Wells Studios — despite the studios’ separation from the antennas by several concrete walls. 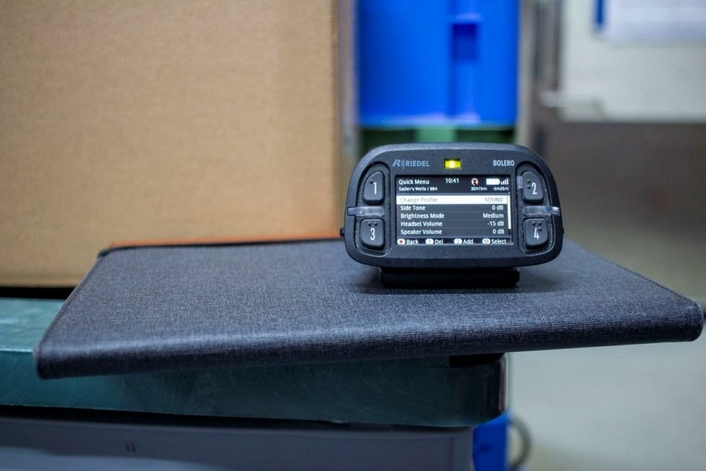 “The Sadler’s Wells team has taken full advantage of Bolero’s customizability and has fully tailored the system to the theatre’s needs,” said Nacho Lee, UK Sales Manager at Riedel Communications. “The team has made extensive use of Bolero’s profile function, giving each full-time member of staff a dedicated Bolero beltpack that has been set to a profile specific to that person’s requirements. In this way, parameters like volume, screen brightness, and quick menus are preset to the user’s liking.” 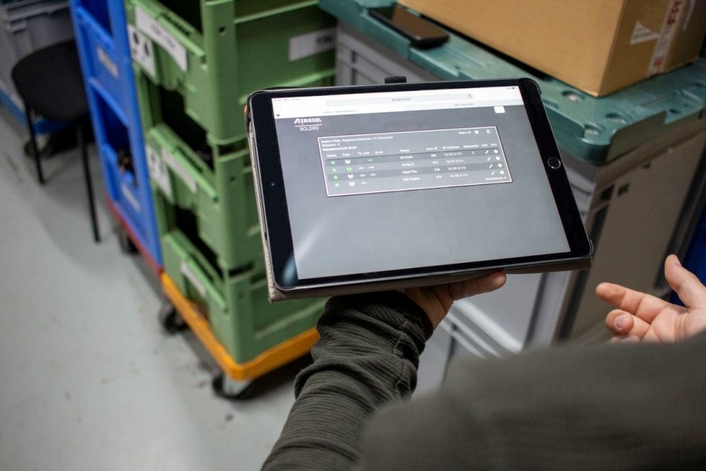 Mark Noble, Head of Sound at Sadler’s Wells, has designed highly creative workflows for Bolero using the theatre’s NSA-002A interface. In one example, the team has reassigned Bolero’s red reply button on stage managers’ beltpacks to open a channel to the paging system through the 4W-Interface. This enables stage managers to use the paging system to make backstage calls to all the dressing rooms and other backstage areas from wherever they are. With another profile, the reply button switches between brightness modes to allow the user to remain unseen onstage. The theatre’s NSA-002A sits on a comms network switch that is attached to Wi-Fi, making it easy to reconfigure on the go using a tablet.

“People are amazed by Bolero’s battery life, coverage, and overall user friendliness — and the integrated bottle opener has also come in handy. This versatile system really has worked wonders for us,” said Noble. “With the newly released Bolero 2110 (AES67) mode, we will enjoy an even greater degree of flexibility and scalability, so it’s a great thing that the new license is already included in our stand-alone license. We were looking for truly future-proof equipment and have found it in Bolero.”

Riedel Communications designs, manufactures, and distributes pioneering real-time video, audio, data, and communications networks for broadcast, pro audio, event, sports, theater, and security applications. The company also provides rental services for radio and intercom systems, event IT solutions, fiber backbones, and wireless signal transmission systems that scale easily for events of any size, anywhere in the world. Riedel is headquartered in Wuppertal, Germany, and employs over 600 people in 24 locations throughout Europe, Australia, Asia, and the Americas.