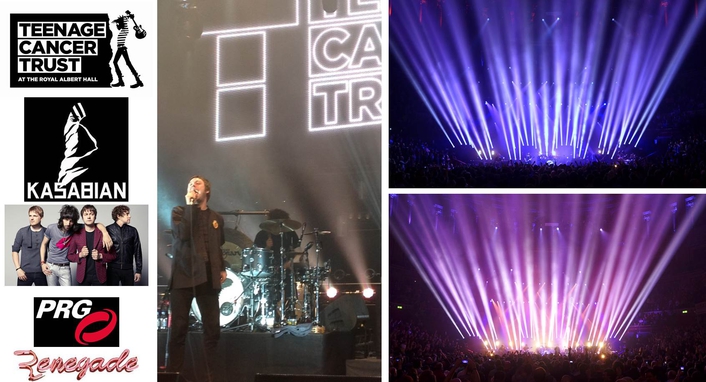 Kasabian’s lighting designer Nick Gray from creative design practice Renegade decided to go ‘all-out’ to ensure that their show looked distinctive and memorable, with the installation of a floor based ‘specials’ package of over 90 lighting fixtures!

“Basically I took the entire lighting rig from or two warm-up dates in Doncaster and Plymouth … and added it to the festival style ‘house’ rig being supplied by PRG for the TCT shows” explains Gray.

He wanted to make a serious impact for TCT, “It’s a high profile gig and I reckoned the show visuals should be imprinted on people’s retinas … and memories of a great week of performance and entertainment!”

The key to getting these large quantities of extra lights onstage in a minimal amount of time has been honed by Gray over the last two festival seasons.

He utilises a custom creation based on low profile rolling HUD trusses (made by Tyler Truss Systems Inc.) – which are rectangular in shape and wider than they are deep – to which he attaches up to three 8 ft high scaff pipes to the back rail. 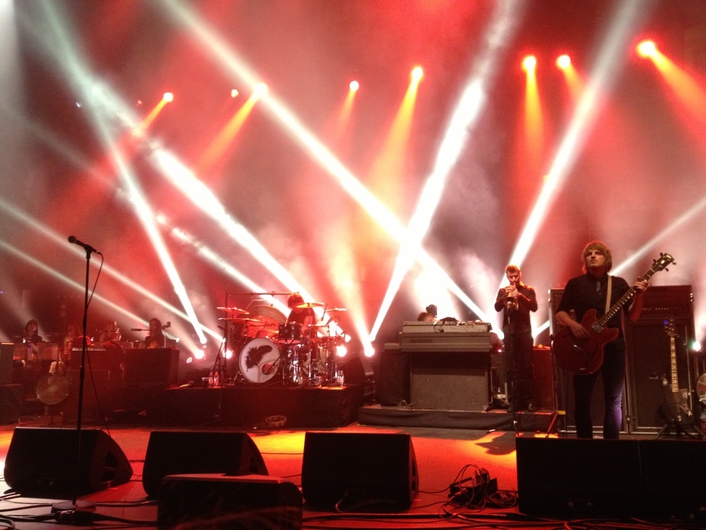 The trusses are used on their sides and fitted with legs on casters which are variable in height between 8 inches and a metre – allowing them to be different heights for extra dynamics – and easily rolled onstage for sheer practicality.

Using this method, he can deploy around 70 lights onstage which can be plugged up in about 10 – 15 minutes!

Gray’s standard 8 ft long HUD truss section is rigged with three large moving lights – in this case Martin MAC Vipers -  ratchet strapped to the top, with a row of Martin MAC 101s along with front rail. On the 8ft scaff pipes at the back were a selection of Clay Paky Sharpies, strobes and blinders.

Five of these rolling Hud trusses were made up for the TCT show.

Additionally Gray positioned six groups of three Sharpies around the ledges at the back of the RAH choir stalls, interspersed with Atomic strobes, plus a load of MAC 700 profile moving lights further downstage.

The results were truly spectacular, making Kasabian one of the most visually arresting artists to appear throughout the TCT week. 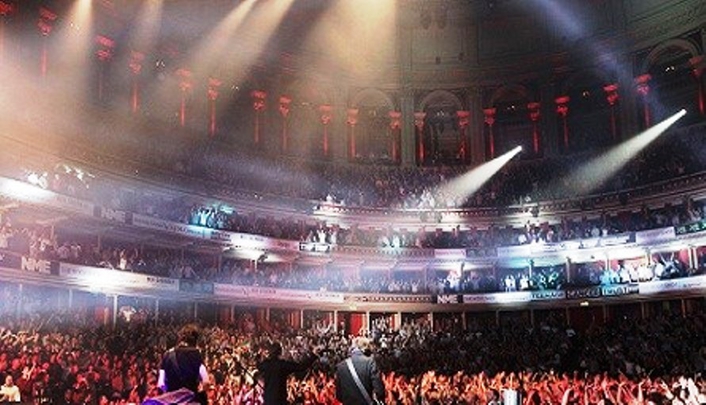 The lighting was programmed by Gray and Paul Kell (PK) using a Hog 3 console –operated for the show by PK, who is one of Renegade’s regular crew.

On site, they worked closely with Dave Farmer, PRG’s ‘house’ LD for the week who co-ordinated everything from their end that involved using the standard festival style lighting rig installed for the TCT event.