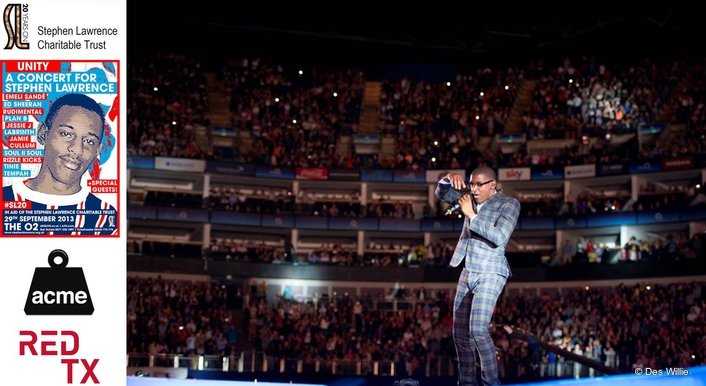 Artists including Rita Ora, Beverley Knight and Jessie J were joined by Emeli Sande, Ellie Goulding and Ed Sheeran for the concert, which was held to mark the 20th anniversary of Stephen’s death in southeast London. 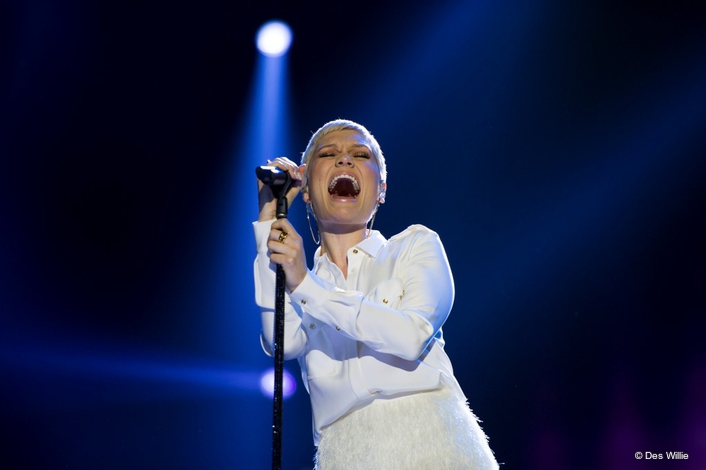 Red TX was commissioned to handle the broadcast audio by Paul Dugdale, who was directing the project on behalf of ACME TV. Dugdale previously worked with Red TX during the summer when the company recorded The Rolling Stones in Hyde Park.

For the Unity concert, which was broadcast on BBC 2, red TX used its main Red 1 outside broadcast vehicle, with engineers Tim Summerhayes and Ollie Nesham at the controls.

“We knew the event was going to be challenging due to a tight schedule and the shear amount of artists and tracks involved,” Paul Dugdale says. “As a director, it’s such a blessing having someone like Tim involved, not only because I know he's great in those high pressure situations, but that you know the finished product will come out sounding amazing, too.” 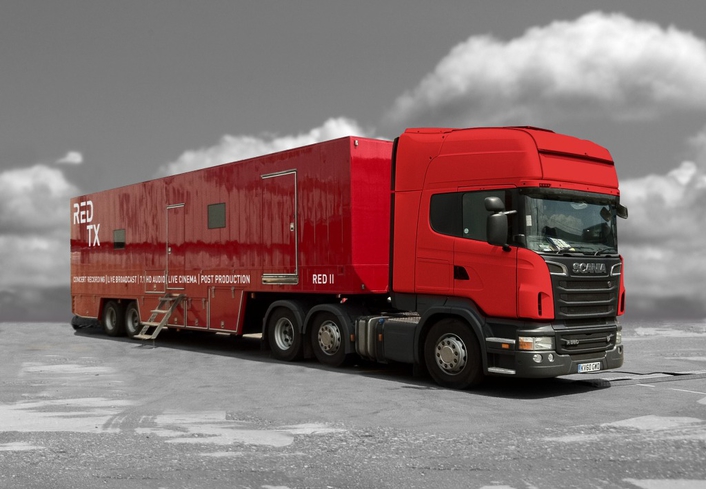 Tim Summerhayes adds: “We recorded the concert as live because we had enough time to create snap shots during the sound check. We also had some time the following day to tidy up the audio before delivering it to The Farm where it was dubbed and made ready for broadcast on the evening of Tuesday October 1st. Although there were a large number of artists involved, it was a relatively straightforward project and we were all really pleased with the results.”

The concert was part of the SL20 Campaign, which is celebrating Stephen's life with a series of awareness-raising events through the year. Funds from the show will go to The Stephen Lawrence Charitable Trust, which aims to create brighter futures for young people from disadvantaged backgrounds.

Stephen Lawrence was born on 13th September 1974 in South East London.His parents are Neville and Doreen Lawrence and he has two younger siblings, Stuart and Georgina. As a young child, Stephen demonstrated an interest in art; he loved to draw and paint. Stephen was a keen learner; he was good at most subjects at school, but his best were art and maths.
As well as his interest in design, he was also an entrepreneur – at 16, he set up a small business with his best friend designing and selling T-shirts, caps, jackets and book covers of well known bands, rappers and political figures such as Malcolm X. He even worked as a film extra alongside actor Denzel Washington in the film For Queen and Country.
Stephen decided to use his skills in art design and maths to aim for a university place studying architecture. Following his GCSE exams, his family found him work experience with architect Arthur Timothy’s practice.
Tragically, at the age of 18 on 22nd April 1993, Stephen was murdered in an unprovoked racist attack. He didn’t know his killers and his killers didn’t know him. To this date, only two of the five perpetrators have been put in prison for his murder.
In his memory and to inspire and help young people just like him, his family set up the Stephen Lawrence Charitable Trust . Since 2000, the Trust has helped many young people realise their ambitions to become architects by supporting them with bursaries and mentoring support.
In 2008, the Stephen Lawrence Centre was opened in Deptford, South East London giving thousands more young people an opportunity to nurture and use their creativity.

Acme is an independent production company which was launched by Jaimie D’Cruz and Francesca Newby in 2011 and specialises in popular contemporary culture. With drama, entertainment and documentary projects in production and development, Acme seeks to represent the reality, drama and diversity of contemporary urban life through the widest variety of mediums and formats.