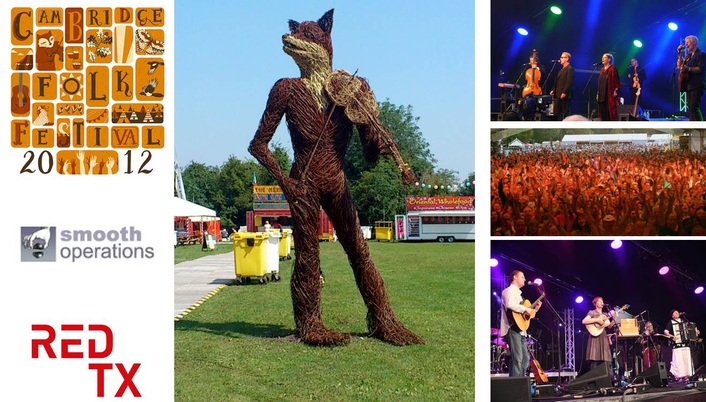 .
Broadcast audio specialists Red TX sent its Red II Outside Broadcast truck to Cambridge recently to capture an extensive programme of music during the three days of the Cambridge Folk Festival.

Top folk artists including The Proclaimers, Joan Armatrading, June Tabor & Oysterband, Clannad and Seth Lakeman descended on Cherry Hinton Park for the event, which was broadcast live on Sky Arts and was presented by Zoe Ball, Mark Radcliffe and folk singer Julie Fowlis.

Red TX was commissioned to handle the broadcast audio by production company Smooth Operations. As well as feeding a 5.1 mix of the audio from the main stages to Visions for the Sky Arts broadcast, Red TX also prepared a separate stereo mix for BBC Radio 2.

Viv Atkinson, Director of Smooth Operations, says: "I book Red TX because, apart from being consummate professionals with everything you need to do the job, they are technically superb and most importantly brilliantly helpful with an amazing attitude that makes any job with them a pleasure." 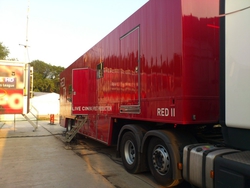 The Red TX team comprised Ollie Nesham, who was on board Red II, and Ian Dyckhoff and Mike Silverston, who used a de-rig recording set-up to mix and record the acoustic performances in the presentation studio.

Ollie Nesham says: “Cambridge is a great festival to be part of and the entire team really pulled together to deliver up to six hours of live music mixes per day.”Red TX is now back in London having been commissioned by Live Nation to record the audio for the BT London Live concerts in Hyde Park during the London 2012 Games fortnight.

The first, which took place on July 27th to coincide with the opening of the Games, featured Snow Patrol, Stereophonics, Duran Duran and Paolo Nutini. Renowned live sound engineer and Red TX director Tim Summerhayes was behind the controls of Red TX’s Red 1 truck for that concert, which was broadcast on Absolute Radio.

About Red TX
Red TX provides a comprehensive concert recording and broadcast service to the music and television industries. The company has state-of-the-art mobile recording facilities and can handle projects of any size or complexity. As well as recording audio for broadcast, the company also records live music events for subsequent release on CD or DVD. It is headed by Ian Dyckhoff and Tim Summerhayes, both of whom have extensive experience in delivering high-quality audio for broadcast.