The courtyard of the castle St. Emmeran in Regensburg, Germany, has provided the location for the Thurn-and-Taxis festival (“Schlossfestspiele”) since 2002. The highlights on stage are mirrored by the FoH audio mix: Tonmeister Carsten Kümmel created a concert hall ambience for the performance of Giacomo Puccini’s “La Bohème”, even though it took place in the open air. Key to achieving this was the use of a Lawo mc²56 mixing console.

The natural listening experience of a concert hall was created by using monitor speakers situated below the venue’s tribune. These were used to direct effects channels with a high amount of early reflections towards the castle walls, which diffusely reflected them towards the audience. The orchestra itself was not on, or even close to, the stage, but in a ballroom in the castle, where regular microphone techniques were used to pick up the instruments. The audio was transmitted between the ballroom and stage, and up to the conductor along with video feeds used for communication.

Additionally, Kümmel used a panning technique, which, contrary to conventional panning, brings a correct balance of the instruments in the stereo mix to listeners sitting at the edges of the auditorium.

“For a festival like this we have more than 100 inputs and more than 40 busses, so I need a large-sized mixing console if I want to avoid scaling down my demands”, Kümmel says, explaining his choice of the Lawo mc²56. “With this console, these demands are no problem at all, while other consoles would have reached their limitations.

Other advantages of the console are the flexibility regarding the choice of workflow and its ability to record audio to a PC via MADI using the console’s displays to control the recording software. The difficulty presented by having the FOH position situated below the tribune meant that Lawo’s remote control iPad app was essential in achieving a perfect sound balance remotely from the location of the mixing desk. “The mc²56 performs flawlessly with regard to all requirements of such an ambitious mixing concept and excels by high reliability. And it is a console that additionally is a joy to operate”, says Kümmel, who has been responsible for the live sound at this event since its first staging, thirteen years ago. 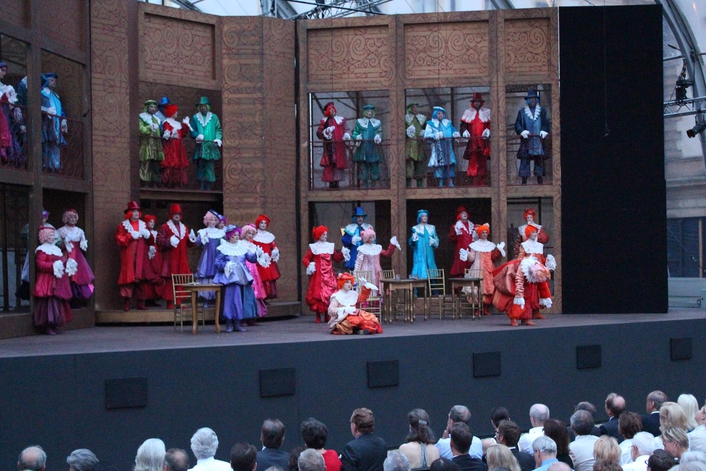 Challenges
As the Thurn und Taxis Festival program took everything from opera and classical music to Xavier Naidoo and Zaz up to a children’s musical, the sound requirements changed every day. This means that detailed advance planning starts in January for each year’s show. The event’s technical provider – “Sugar”, based in Regensburg – is then provided with a detailed Excel spreadsheet that specifies the equipment needed on each day. “I had three DALLIS stage boxes on stage: two mobile ones that I would fit to the requirements of every day, and a static one that I set up with the standard requirements like communication, sound for the wardrobes, the gong for the breaks and emergency announcements”, Kümmel explains. 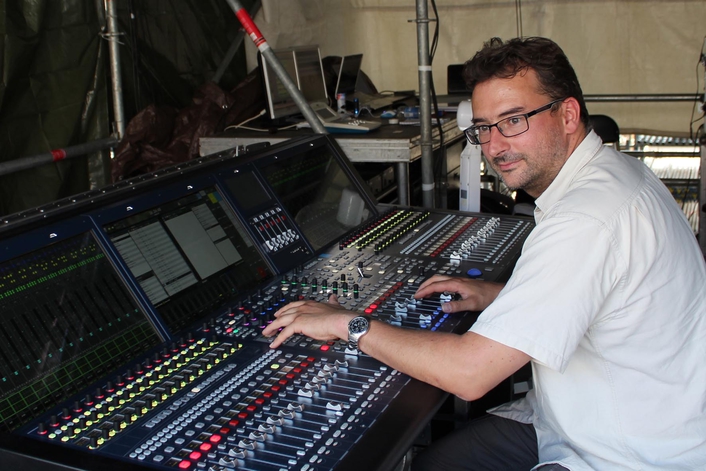 “The equipment was delivered by Lawo’s rental company ‘Audio Broadcast Services’ and arrived on time and in perfect working order and very well prepared. Even the configuration files of the 2014 event had been installed on the console before delivery, so only fine-tuning was required. On Wednesday my crew and I could do the miking of the orchestra, the choir and the soloists and the whole Thursday was left for final touches to the sound. Supporting this, the production was attended to also by the Lawo’s product management team. The festival was again a great success. In spite of – or maybe because of – the many possibilities that the console provides, the technical workflows were actually more clearly arranged and easier to handle than in the years before we used an mc²56 desk. So I was able to concentrate on the real focus: the music”, Carsten Kümmel concludes.