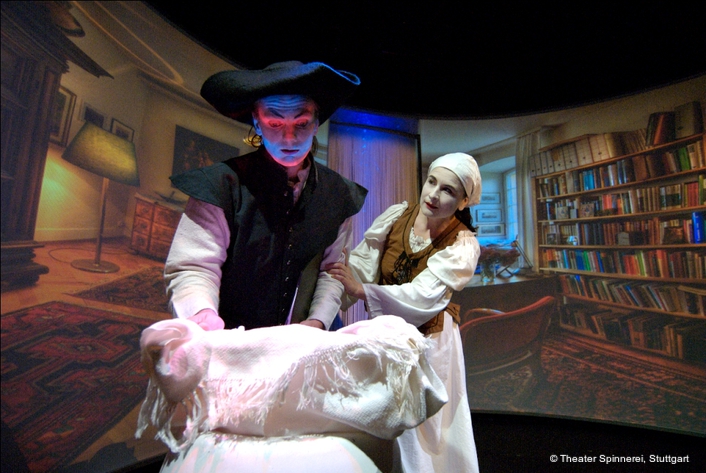 Three projectiondesign® F22 DLP® projectors have been used to provide the artistic backdrop for a new production by the innovative multimedia theatre company Theater Spinnerei in Stuttgart, Germany.

In synchronization with a four-channel surround audio 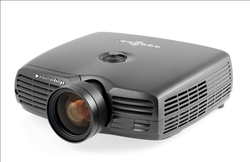 Tasked with providing a wide range of scenic backdrops with minimal physical resources for a new production of Swiss playwright Jeremias Gotthelf and his allegorical drama, ‘The Black Spider’, director Jens Nüßle came up with the unusual solution of deploying a curved front-projection screen, measuring 3.7m high and 12 m in width and positioned along the rear of the theatre’s stage. The three projectiondesign F22s project a variety of still and moving images seamlessly onto the screen from carefully arranged ceiling mounts. This is in synchronization with a four-channel surround audio setup and pre-programmed lighting effects.

“The projection in ‘The Black Spider’ is not merely a visual support for the production – it is a vital part of the staging without which the story simply could not be told,” explains Nüßle. “The direct connection between the artwork and what is happening on the stage is very important to us, and we like the flexibility that digital image processing and video recording gives us.” 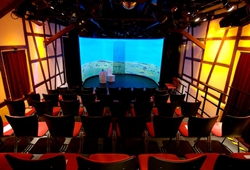 The success of ‘The Black Spider’ which opened in the latter half of 2009 and is still showing, has cemented Theater Spinnerei’s reputation for creating productions that challenge conventional methods of using AV technology in live performance.

Commenting on projectiondesign’s part in the company’s success, Anders Løkke, International Marketing & Communications Manager, projectiondesign, says: “When you think about it, using multiple projectors as a scenic backdrop is not that different from many other more conventional applications, and it is something we expect to see more of in the future, as theatre producers become aware of the impact and flexibility such a solution can offer.

“With its new Philips’ VIDI lamp technology, our F22 is perfect for this kind of application, with superior gradients, less noise, and better performance in blending areas – despite a small footprint which makes it the obvious choice for compact venues like Theater Spinnerei. This really is a perfect combination.”