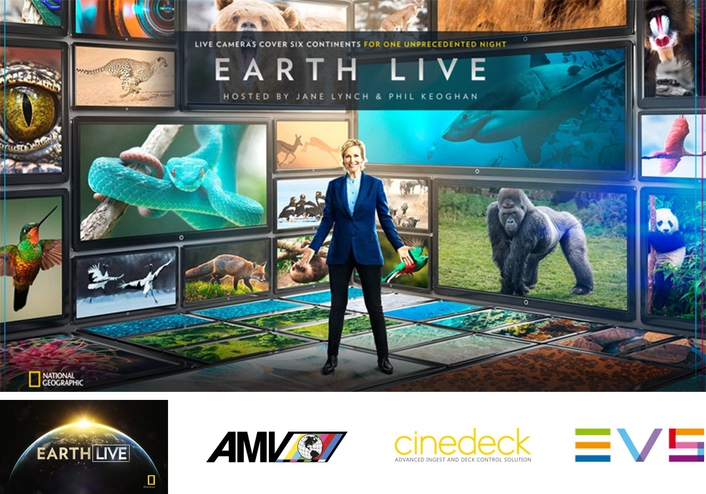 National Geographic aired a once in a lifetime live show aptly named ‘Earth Live’ on Sunday, July 9th. The program showcased the wonders of the natural world, told through the lenses of cinematographers who dedicate their lives to documenting the extraordinary fauna of our planet. Hosted by Jane Lynch, ‘Earth Live’ was a two-hour live event that required nearly 50 channels of record (many starting days before the broadcast) to cover live feeds transmitting from twenty-eight locations across 17 countries. The production required heavy-duty engineering and resourceful coordination to pull off a Super Bowl-style live broadcast event, that was simulcast globally on National Geographic and Nat Geo Wild in 171 countries and 45 languages.

The producers of ‘Earth Live’ came to All Mobile Video, leaders in live event production, to design the workflow, build the studio set and execute a flawless show. The ingest side of ‘Earth Live’ consisted of 50 inbound signals split between EVS and Cinedeck systems. For the two-hour live show, eighteen tier one signals, the ones that would require instant playback or slow motion replay were recorded to EVS, while everything else was routed to Cinedeck ZXs for recording. “Animals in their natural environment are unpredictable so it didn’t make sense to limit what could be recorded due to cost restraints. The producers really appreciated being able to record every inbound signal so they didn’t have to choose what did and didn’t get recorded.” say Lenny Laxer, SVP AMV. “Our engineering team proposed Cinedeck to handle the bulk of recording during the live show and pre-show records for editorial. Using Cinedeck, we were able to bring the per-channel cost of recording 50 channels well within the customer’s budget.” 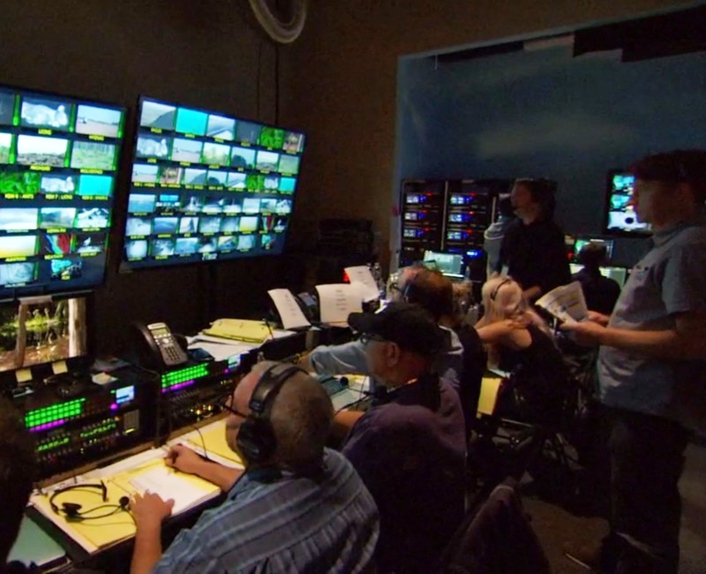 Behind the Scenes at National Geographic's "Earth Live"

Although ‘Earth Live’ was broadcast live, recording and creating b-roll packages for playback started days earlier with Cinedecks writing DNx 145 across twenty-nine channels. Each channel was set to automatically segment every five minutes, recording directly to Small Tree’s TZ5 + 15 Small Tree Shared NAS Storage systems. “Beyond the cost-savings, Cinedeck features like segmenting and being able to record to a network destination made the workflow possible for the show,” says Pat Pamornsut, Director of Acquisition and AMV’s resident workflow guru. “There were actually 40 available channels of record and playback across ten Cinedeck ZX45s. When a producer saw something they liked, they would ask us to send the clip to edit or push the clip to a shared folder on the Small Tree for playback. We were able to create clips on demand and push them to wherever they needed to go without dropping a single frame.” 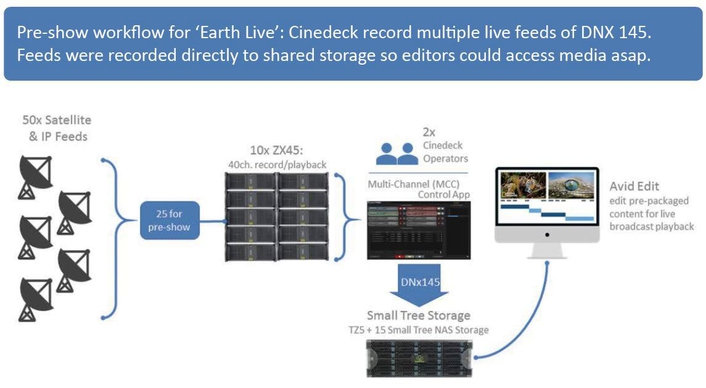 To manage and direct the massive amount of incoming data the Main Transmission Room was custom-built for ‘Earth Live’ at AMV’s 57th Street Studio. Dubbed ‘the Matrix’, it housed all the receivers, routers, EVS and Cinedecks along with a team of operators working hard behind the scenes. “The Matrix was ground zero, efficiently managing the ingest, edit and playback workflow for the entire show,” says Lee Blanco, AMV’s Director of Engineering. “When you have 50 inbound signals for live broadcast, you have to micro-manage each one. The likelihood of a signal getting scrambled or disappearing is high and we had to make sure that the incoming signals used during the live show were spotless. This room allowed us to easily handle and direct all the channels.” He adds, “I’m really quite proud of how well it all came together; two show segments were broadcast from ‘the Matrix’ to give viewers a behind the scenes look at how the live show came together.” 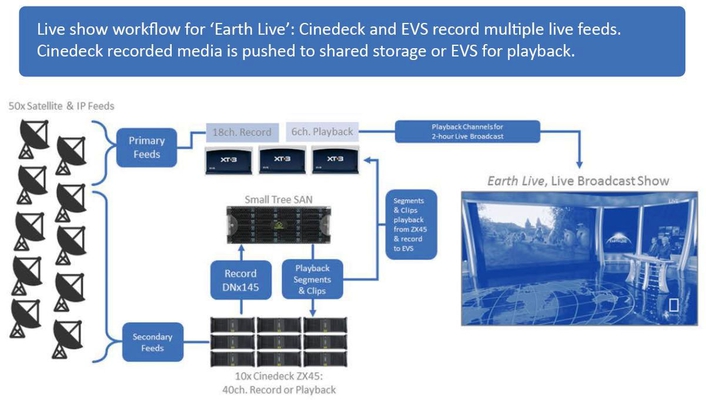 “The show was flawless and the Cinedeck ZX45s recorded without a hitch,” says Franklin Holmes, longtime deck operator at All Mobile Video. He continues, “I’ve been a Cinedeck operator since the early RX days and I see Cinedeck continuing to develop solutions for multi-camera projects. For ‘Earth Live’ we relied on the improved Multi-Channel Control App. Being able to break a clip and close a file with the push of one button from a single user interface is a big deal when managing multiple channels of record across several decks. James Sheridan, the second Cinedeck operator for ‘Earth Live’ adds, “Cinedeck is more sophisticated than the single channel recorders out there, but its sophistication is exactly what makes it flexible.” 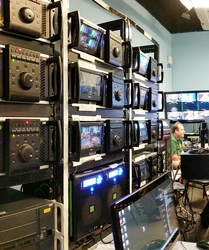 Being able to exceed the customer’s expectations in how smooth and effortless the ‘Earth Live’ production went, started with a heavy dose of planning and coordination between the show’s executives, the post-team and AMV’s engineering group. “It’s rare for anyone to ask for a tape deliverable anymore,” says Lee. “And we find that because almost every production is file-based, the discussion about production workflow starts with post, which is really as it should be.” Pat has been a part of AMV’s successes due to his deep knowledge of post workflows. He explains, “The success of a project rests on the flow between what production provides to post. It’s something AMV recognizes as being critical to the success of a show, so every job we undertake begins with a post workflow consultation.”

Beyond ‘Earth Live’, Pat and Lee share some other Cinedeck successes. “For example, we recently did a 4K project in Miami that required 15 channels of UHD record. Editing in native 4K can be challenging so the client wanted to edit in HD for file mobility and performance. With Cinedeck, we recorded UHD ProRes 444 masters and DNx 36 as the HD proxy,” says Lee. Pat comments, “Instead of two sets of KiPros for each channel, we were able to record both UHD and HD on one ZX45 which simplified things. Of course the real bonus of using Cinedecks for the workflow was identical timecode between master and proxy for easy matchback and conform once the show had finished its proxy edit.”

“With the success of ‘Earth Live’ under our belt, I’m looking forward to repeating our wins with cost-saving hybrid workflows that include both Cinedeck and EVS for record and playout,” says Lenny. As a final comment, Lee states, “Our fleet of ZX45s is now the recommended record solution for many of our projects. Cinedeck is filling in the gap for our customers when workflow efficiency and cost matter.