William Close and the Earth Harp Collective perform at Mercyhurst
Clean and Pristine Audio is the Name of the Game for Fact AV Technologies at The Mary D'Angelo Performing Arts Center and Other Venues within the University's Institute for Arts & Culture in Pennsylvania.

For Eric Johnson, owner of Erie-based Fact AV Technologies, Inc., the emotional impact of music is all in the nuance and detail. When he started his small company more than 25 years ago, Johnson set out to raise the standards of live sound for small scale and intimate venues, raising audio quality to levels more typically found in larger halls and higher seating capacity performance spaces. To stand out in a crowded market of AV solution providers, Johnson decided to come in at the 'high end' and build the foundation of his audio rack around Powersoft amplification.

One of Johnson's mainstay clients, Mercyhurst University, routinely draws national touring talent for its three intimate venues including two smaller spaces geared towards acoustic performances, and the spectacular 792-seat capacity Mary D'Angelo Performing Arts Centre — which opened in 1996 as part of the University's Institute for Arts & Culture (MIAD). To ensure the space is enveloped in uncompromising, pristine audio, Johnson relies on a selection of nimble, yet powerful, Powersoft amplifiers, in addition to EAW loudspeakers and digital mixers from Midas and DiGiCo.

Typically, performances at MIAD might include jazz and orchestral concerts, but the University also attracts unconventional and artistically innovative acts such as Malibu, CA-based William Close, maestro of the Earth Harp — the longest stringed instrument in the world, and Ugandan artist Simite, who plays the Kalimba — a type of thumb piano. "These artists, and all the artists that play here, have a very specific idea of what their art and their presentation should sound like," commented Eric Johnson. "My goal is to try to reproduce their vision as closely as possible using the tools that I have. My amplifiers from Powersoft are an important component in reproducing that performance." 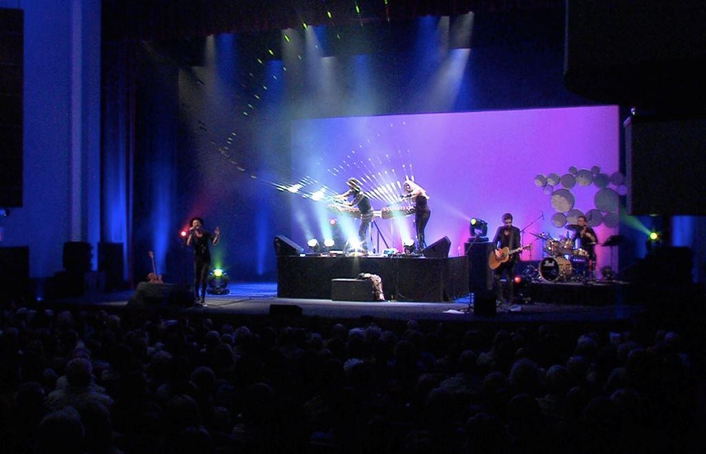 For performances at the Mary D'Angelo Performing Arts Centre, Johnson relies on just four rackspaces of Powersoft amplifiers to cover FOH: (2) K10s for the subwoofers, and (2) K3s for mid and high frequencies and an M50Q for the balcony. Considering such a small amplification footprint, his Powersoft rack packs a punch: "I can hit 110 dB on the back wall if I want to," he exclaims. In addition to his Powersoft amplification at FOH, he typically has four EAW loudspeaker cabinets on stage and another pair of loudspeakers off of the balcony, all running through a Midas Pro 2 48-channel digital console. At monitors, he has a rack with (3) Powersoft M50Qs, and other with (3) Powersoft M30s, with audio running through the DiGiCo console.

For Ugandan artist Simite, it was a 'bare minimum' performance with just (7) channels, but the nuance of the audio was absolutely critical to the performance. "I was unfamiliar with most of the instruments in his arsenal except for the acoustic guitar," Johnson admits. "So I simply approached it like I might approach a jazz band, trying to make the performance as transparent and full sounding as possible without making it sound forced." Johnson is convinced that his high end Powersoft amplification helped him capture exactly what the artist wanted to hear. "As he played the Kalimba, the guitar player intertwined melodies in such a way that you really needed to hear every single note they were playing. While this was going on, Samite was singing with loops and creating very complex harmonies." By the end of the show, Johnson says, audience members were dancing on the stage and Simite himself was very pleased.

Earlier this fall, global touring artist William Close and the Earth Harp Collective also performed in Erie at the Mary D'Angelo Performing Arts Centre. In contrast to the diminutive Kalimba 'thumb piano', the Earth Harp had its audio reproduction challenges, albeit on a much larger physical scale. As the largest stringed instrument in the world with brass strings spanning hundreds of feet, the Earth Harp was actually strung from the stage to the balcony of the theatre. The tones created by the Earth Harp —which are rich with harmonics and complex overtones — are unlike any other instrument and require the finest audio equipment to capture every detail. According to Johnson, Powersoft amplification stood up to the challenge. 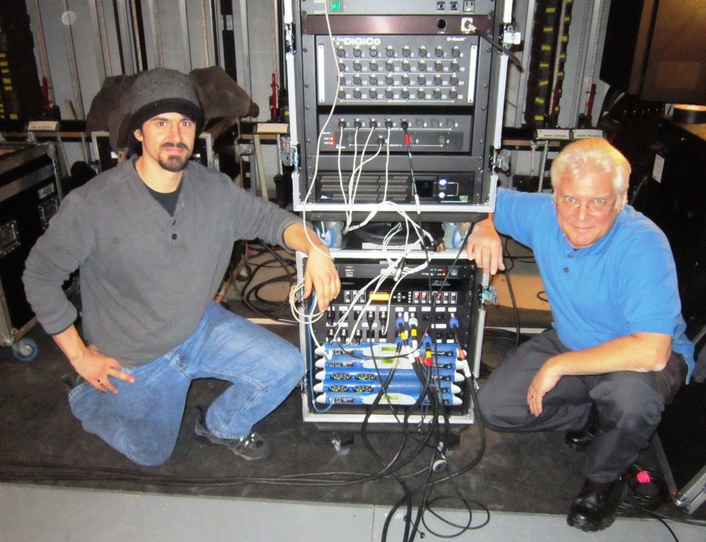 "As William began stringing his Earth Harp from the stage to the balcony of the theatre, I was scratching my head wondering what in the world this was going to be like," Johnson recalls. "With a jazz band, you have preconceptions and can anticipate what it is going to sound like, but with someone like William, who is a true innovator, there is no basis because it's never been done. Thanks in large part to my Powersoft rig, I was able to accurately represent those sounds, and in this case that really made the show."

"Mercyhurst is one of my favourite places to perform and the sound system is amazing," commented William Close. "The harmonic tones of my Earth Harp were so clear and powerful; there is no doubt in my mind that the Powersoft amplifiers helped bring this instrument and all the other instruments to a whole new level of sonic splendour. The concert hall itself really became the instrument, and the sound system brought out all the musical magic and detail."

For Johnson, the right amplification is a critically important choice. "In my work, it all comes down to my tools, and Powersoft plays a big part of this," he concludes. "These performances are subtle and delicate, so it is critical to have equipment that is going to perform that way. With my K and M series amplifiers, I don't have to spend a lot of time getting it to sound just like the artist wants."