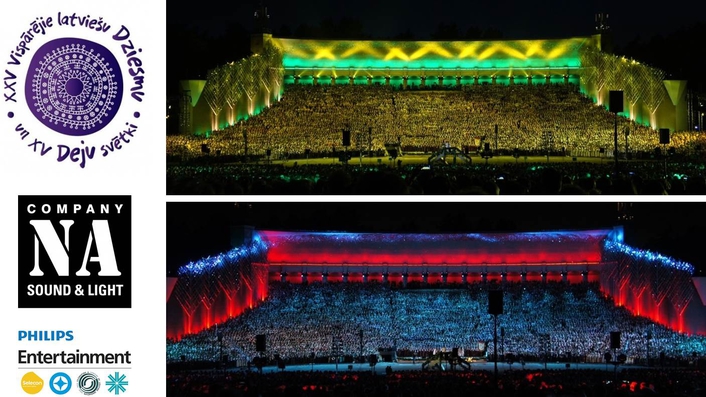 "Our job was to light up the open air stage, which had more than 20,000 singers and dancers taking part - a huge space," says NA Stage & Light's Ritvars Sakals. "16 VL3015LT Spots were rigged at the rear of the stage to bring dramatic backlight to centre stage, highlight some specific performance areas and give colour and texture to the background. We also had a further four rigged side of stage for cross and key light. The VL3000s were all used to wash the back of the stage and the VL3500s rigged at the sides to wash the central areas. We knew with a stage this big that only these Vari-Lites could provide the output and effects that we needed."

Lighting designer and co-founder of NA Stage & Light, Bļasāns continues: "I've been using Vari-Lite for more than fifteen years, and for me there are no other fixtures that can compete in the entertainment market. The light output, colour, and optics are incredible - I use them whenever I can!"

Philips Entertainment's Martin Palmer adds: "The VL3015LT features a zoom range of 6° to 60° allowing for use in a multitude of applications from stadiums to theatres. This made them a fantastic solution for major events in large spaces, and perfect for the Riga Song Festival at the huge open air stage in Mezaparks. 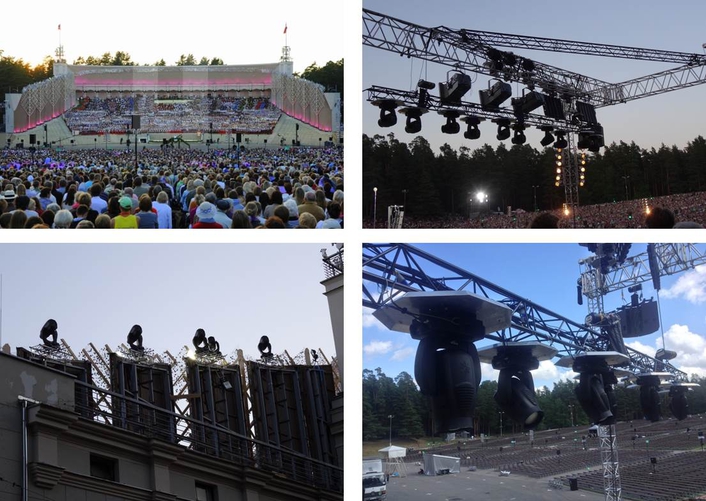 The VL3000 and VL3500 Washes are also incredibly bright, with both luminaires featuring superior colour and beam control. Additionally, the versatile VL3500 Wash offers the VARI*BRITE mode, which can be engaged to offer a tight column of remarkably intense light.

The week-long Latvian Song and Dance Festival - which happens every five years - brings together local choirs and folk artists to explore and present the richness and diversity of Latvian culture.  The Song and Dance Festival has become a kind of pilgrimage for the Latvian nation, where groups, large and small, from all over Latvia and from abroad, gather to participate in this ongoing cultural event.

The next Festival is scheduled for 2018.