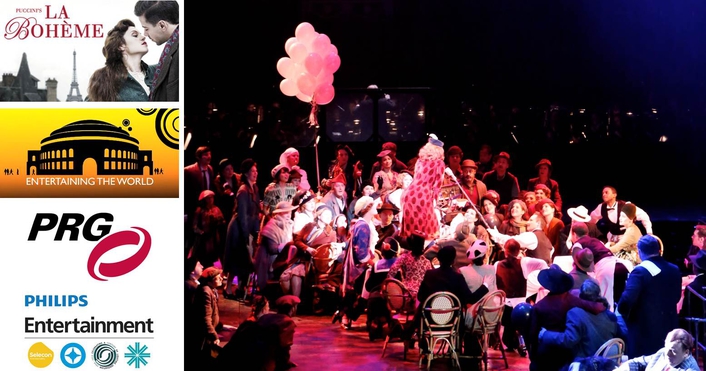 "Working in the round at the RAH is a fantastic experience," says Bridge. "However, not only are you very near the action but in the gallery you are dealing with a long distance picture. My premise was to work on big bold strokes in all three directions with different colours, which gave the audience a guaranteed shape of cross light, backlight and front light."

Bridge mixed old with new to light the show, using VL2000 Wash and VL1000 T/S luminaires in addition to the VL3000Q Spots, VL3500Q Spots, VL3500 Washes, which were rigged on a flown mother grid above the stage and for ease were allocated their own lighting console.

Both the VL3000Q Spot and VL3500Q Spot luminaires are powerful 1200W fixtures with a noticeable reduction in noise output from the original Series 3000 luminaires. Both versions include fantastic imagery, beam control, color and brightness. The "Q" range is designed for situations where the absence of noise is critical to the performance. 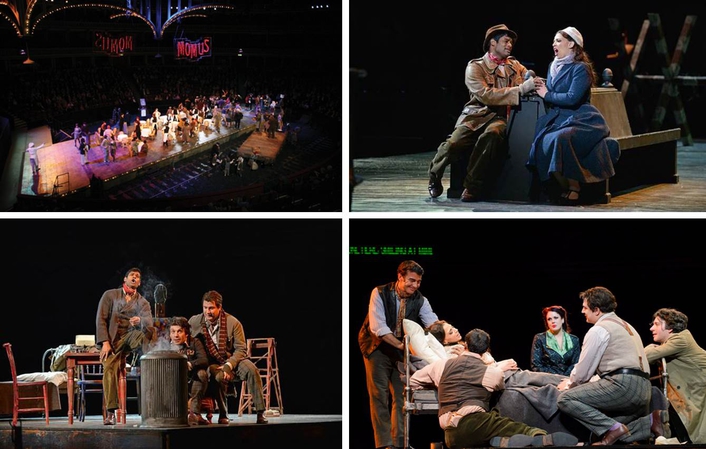 "I trust Vari-Lite and so often use the broad range of colours in VL3500Q Spots and VL3500 Washes, which are subtle enough to mix with theatre tungsten lights," continues Bridge. "With La Bohème I created intimacy with the VL1000 tungsten light for the tight acting areas and used the Spots and Washes for bolder time shifts. The VL fixtures were also perfect as projection for the large station window gobos, especially since the colour of the light was beautifully reminiscent of sunshine in Grand Central Station NY. Overall, they were the ideal tool for scene placement and long distance viewing."

The RAH, in collaboration with Raymond Gubbay, has been staging operas in the round annually for the past 20 years with this year's production being set within Grand Central Station in the 1940s. Bridge is no newcomer to the Royal Albert Hall production of La Bohème, having lit its every incarnation at the RAH for the past two decades. 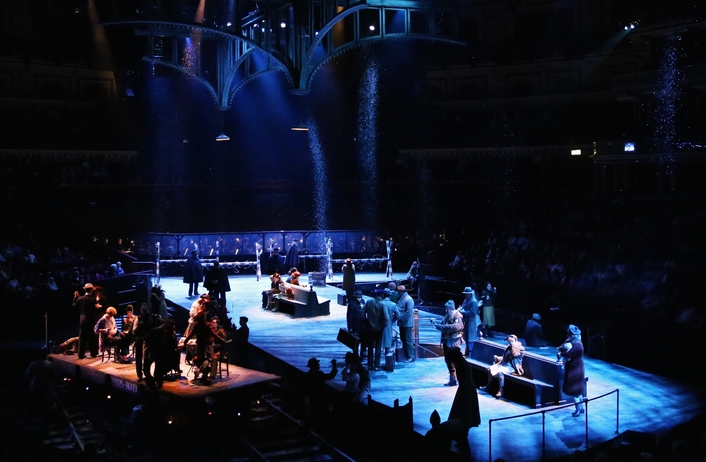 "All my design concepts are new for each production with no such thing as a generic rig," continues Bridge. "The recent La Bohème was designed in 2004, with a new director/designer combination of Francesca Zambello and Peter Davidson who had never been in the RAH. They really did have to trust me until the final dress run on the afternoon of opening. We have all learned how to pace ourselves - I personally do a lot of preparation for the show and stick with fixtures I can really rely on, hence my use of the Vari-Lites"

The Vari-Lite luminaires were supplied by global hire specialists PRG.