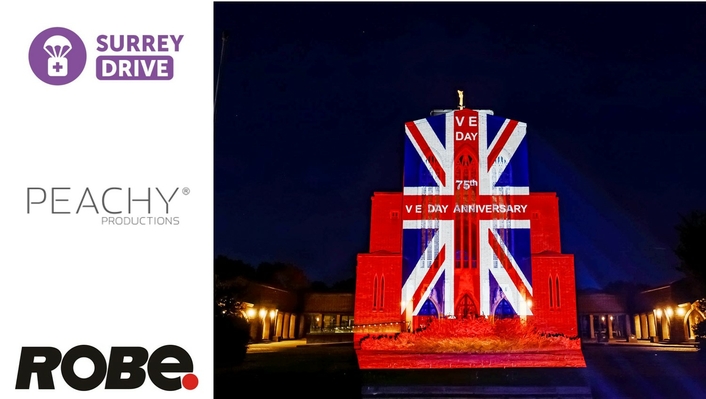 Philip French of UK technical production company Peachy Productions has just relocated to Wiltshire after being based in the Surrey city of Guildford for 8 years, however, during the coronavirus crisis he is making the journey back twice a week to volunteer for the Surrey Drive Campaign … This is a locally-based crowd-funded initiative that delivers around 2,500 delicious and nutritious cooked meals – with locally sourced ingredients – each week for hardworking staff at the Royal Surrey NHS Foundation Trust hospital.

The Surrey Drive Campaign includes some of Surrey’s finest live event experts. After seeing heart-breaking stories of exhausted NHS workers finishing their arduous frontline shifts and being unable to buy food at this critical time, Steve Page and Hannah Sheppard thought it was time to step up.

Having furloughed all his staff while the UK continues in a largely restricted lockdown scenario with no live shows and events, Philip volunteered for some Surrey Drive driving / delivery slots and has been part of this heartfelt operation ever since.

One day whilst dropping off meals at the Surrey Royal he was gazing at the city’s famous cathedral opposite … and thought it would be amazing if it were lit up at night to show support for everyone! He thought that this could tie in with the nationwide ‘Clap for Carers’ action every Thursday evening.

“Worldwide people are sending messages of goodwill and support using the medium of light to everyone battling and dealing with the pandemic,” he commented, “and I thought that this could also happen in Guildford.”

He approached the Anglican Cathedral’s administrators that same day ... and by the evening – a Wednesday – had elicited their agreement to illuminate the amazing Gothic revival-style building which was designed by Edward Maufe and built between 1936 and 1961. Finally completed in 1965, it is the seat of the Bishop of Guildford.

As soon as he had the go-ahead, Philip used his technical expertise and knowledge of lighting to choose suitable fixtures … which included 12 x Robe Pointes and 16 x Robe LEDBeam 150s together with additional LED PARs and other exterior LED wash lights,  utilising around 80 fixtures in total. 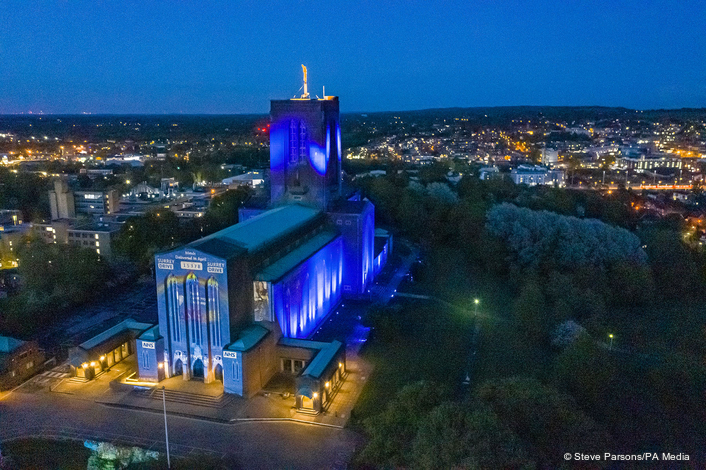 The Pointes were used to highlight the top of the Cathedral’s 160ft tower, and everything else deployed on the ground around the building.

Philip, his Co-director Ryan Howard and two volunteers – carefully observing social distancing – ran cables all around the Cathedral, hooking into to various PD outlets and running back to a master 63A 3-phase supply at the front. Philip estimates they use around a kilometre and a half of cable!

Due to the scale and size of the building, they decided not to use a desk or DMX control. All programming was done beforehand in the warehouse and the lights are manually focussed on-site each week.

The Cathedral has been lit in blue every Thursday since the start of April, then church authorities approached Philip and asked if it would be possible to light it green for – what would have been – Visit Surrey day on 2nd May, which he and his team were happy to do.

Philip himself then suggested doing a red, white, and blue lighting scheme the following week in commemoration of the 75th anniversary of VE Day which signalled the end of the Second World War in Europe. On this occasion, Philip added one of Peachy Productions’ Christie 30K projectors to the spectacle to beam artwork and graphics onto the Cathedral’s impressive front facade.

Its elevated location on top of Stag Hill in Guildford makes it a prominent local landmark, and with the various lighting treatments, it has been transformed into a beaming beacon of energy and highly symbolic hope and solidarity, visible for up to five miles away on a clear night. 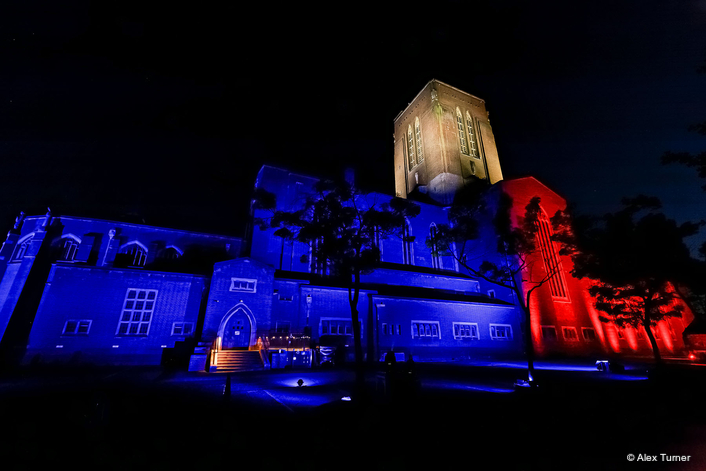 The lighting scheme has been a massive hit with those working in and around the hospital and in general with locals and the wider public, with many appreciating the real power, magic and spirit of community that can be evoked with lighting. It also brings a completely different perspective and way of looking at a building or a space … as well as acting as a general positive mood enhancer.

Philip has been “extremely proud” to have been able to help make a positive impact on the city and local environment and put lots of smiles on faces.

The plan is to keep the Thursday night blue lighting activated for the foreseeable future. 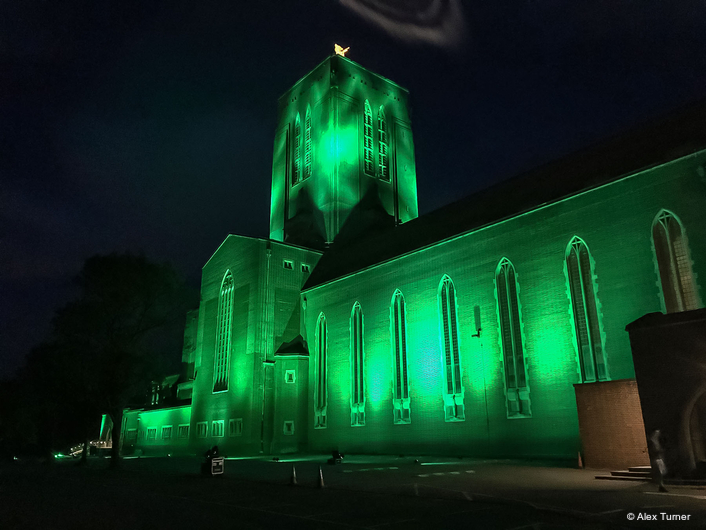