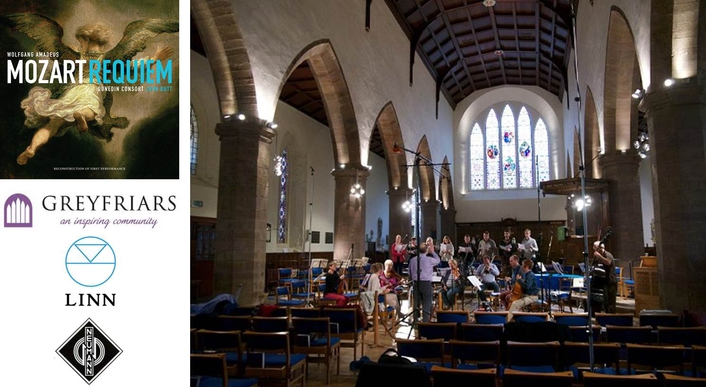 Linn Records prides itself on the fidelity of its recordings
Famously unfinished at his death, Mozart’s Requiem Mass in D Minor was completed the following year by the composer’s student Franz Xaver Süssmayr, prompting over 200 years of debate as to what Mozart really intended the finished piece to sound like. A brand new interpretation of the piece has recently been recorded using Neumann digital microphones, prompting universal praise.

Performed by baroque ensemble The Dunedin Consort under the direction of conductor John Butt, the recording was made in Edinburgh’s Greyfriars Kirk and issued on Scottish independent label Linn Records.

“In many ways it was a way of rehabilitating Süssmayr,” says Phillip Hobbs, chief producer at Linn Records. “Ever since Requiem was completed, there has been a huge amount of discussion about whether he did a good job of it and so people have been coming up with new ways of finishing it.

“What John has done is to look at what Süssmayr actually did, the context in which he did it and, in a way, dressed it in new clothes. We think the performance we recorded is very close to the first performance of the completed piece and, ultimately, much closer to what Mozart did.”

Linn Records prides itself on the fidelity of its recordings, recording everything at 192kHz, which is one of the reasons why Neumann microphones are an essential part of Phillip’s recording armoury. After over 15 years of using M 150s and TLM 50s as his main mics, this project saw a pair of K 133Ds and a pair of D-01s take pride of place. 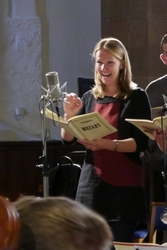 “I tried the K 133Ds about 18 months ago and was astonished by the reach, clarity and sheer lack of noise,” he says. “They are perfect for a building like Greyfriars Kirk, where the reverb tail is about six seconds. Their lack of noise means you can hear precisely when the sound stops and then hear right to the far end of the reverb tail.

“I've also found that the reach and detail of the K 133D is such that you need fewer spot mics. This means you’re not fighting the inherent ‘noise’ of the space to the same degree and you use less tracks for the recording,” he continues. “You are very aware that you have to get them in the right place, but that's a very good discipline. Using the K 133Ds has effectively forced me to come back to a slightly more purist approach, which I think is very much for the better.

”While the K 133Ds took care of the orchestral sound, the D-01s came into their own for vocalists Joanne Lunn, Rowan Hellier, Thomas Hobbs and Matthew Brook.

“John handles the chorus in a very particular way. He has the soloist and the three other singers forming a sort of block around them. This means you hear the core of the one singer and the sound gets bigger around them, ensuring there's always personality in the chorus, rather than the usual sort of generic, amorphous chorus sound,” says Phillip. “It's difficult from a balance point of view, because you end up being closer to things than you would naturally, but the result is much more animation, emotion and detail.”

The success of Philip and John’s use of the Neumann microphones has been proved by the recording being universally praised in reviews, being Gramophone magazine’s Recording of the Month for May and in the official classical Top 40 chart for 10 weeks. The record has also received an impressive 95% for sound quality in Hi-Fi News and Record Review. 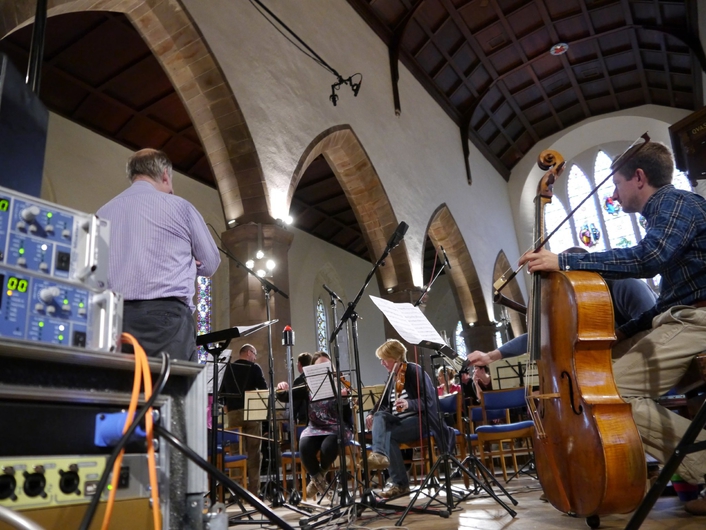 “The whole project has been fascinating. As well as the re-imagining of the Süssmayr work, we also recorded the first two parts of Requiem a second time, in the style that we believe they were very first performed, at Mozart’s funeral,” says Phillip.

“You can either kill the creative element because everybody is so worried about getting Requiem exactly right, or you can interpret it by saying ‘This is what we think he meant,’ taking the work forward and producing a performance as it was, hopefully, supposed to be. I think that's what we've achieved and people have been very excited by it, which speaks for itself.”