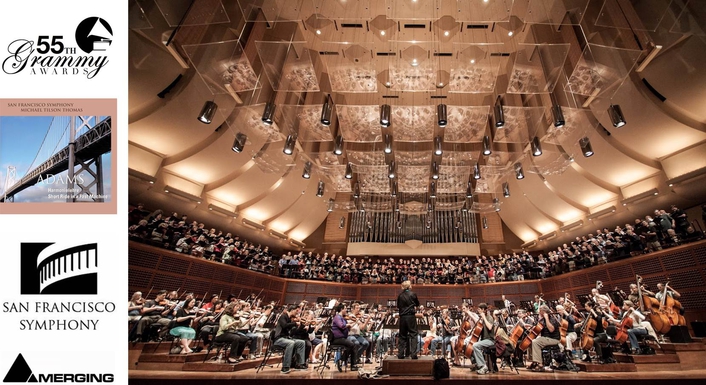 Classical music categories dominated by Merging Technologies
Best Orchestral Performance and Best Classical Compendium are two of the more significant Grammys awarded every year. At the 55th Awards ceremony held on 10th February, these were won by recordings made and mastered on Pyramix. One of those is based at the San Francisco Symphony Orchestra’s home and the other is located in Europe, in Warsaw.

Jack Vad is accustomed to making fine recordings of Michael Tilson Thomas and the San Francisco Symphony in the spectacular Davies Symphony Hall but he just had a feeling that this one might be a cut above the usual. The main piece on this Hybrid SACD is “Harmonielehre” by contemporary composer, John Adams.

The complex and challenging orchestral writing in this piece requires careful microphone placement as well as precise execution. As always, the recording was live and portions of this production were simultaneously captured for PBS and Blu-ray release. The opening work on the recording, “Short Ride in a Fast Machine” was originally commissioned by the conductor and recorded for this release in the same hall several months later after the “Harmonielehre” performances. When questioned about why he chose Pyramix, Jack Vad had this to say; “We have been using it a long time now and originally the need to lock to picture with high track counts was paramount (and still is), so we needed something that was reliable, stable, and produced state-of-the-art audio. Pyramix was significantly better than other systems we auditioned at the time. Now when I interface with other current workstations, I realise that we would really struggle to produce what we routinely do with any other system and, although they have improved, Pyramix still has both the sonic quality we need and tremendous workflow capabilities that make it our only choice.”

In Poland, the work of Krzysztof Penderecki is highly valued and Antoni Wit is a leading interpreter of his music and no stranger to Grammy success. This recording for Naxos of six varied pieces features the Warsaw Philharmonic Orchestra with guest soloists recorded in their home hall over a three year period.  The highly experienced recording and production team of Andrzej Sasin and Aleksandra Nagoróko from CD Accord had the challenge of making it sound like one programme or compendium and they were rewarded for their efforts. These are challenging pieces to record since the line up includes a horn concerto, pieces for flute and orchestra, string orchestra and percussion and harpsichord, electric guitar, bass guitar, harp, double bass and orchestra. 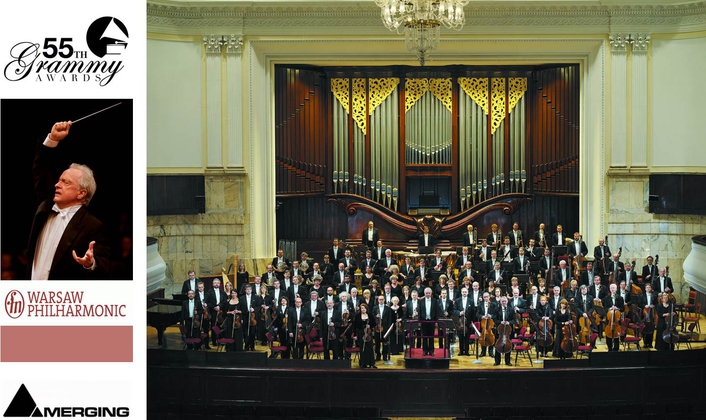 Andrzej Sasin and Aleksandra Nagoróko from CD Accord

These two wins plus the tally from Soundmirror translates into four Grammy awards for individual recordings including the Best Engineered, Classical. In addition to winning Producer of the Year, there were three other nominated recordings in the various classical categories. This proves yet again, that when quality counts, Merging Technologies delivers.