MerleFest 2014: The Tradition Continues with DiGiCo 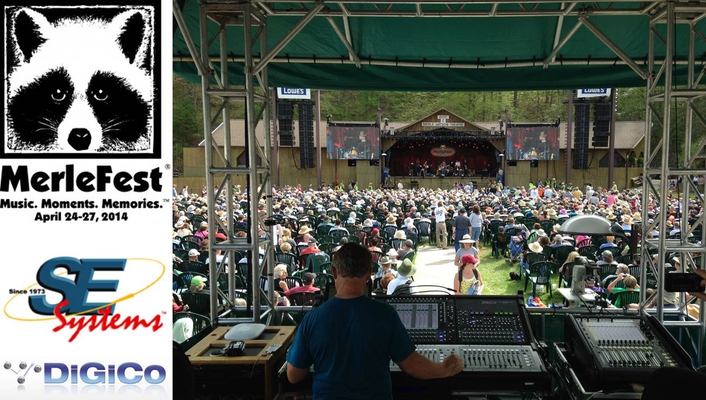 Merle Haggard and his band performing on MerleFest 2014’s Watson stage, which featured DiGiCo SD10 house and monitor desks
Country music superstars Alan Jackson and Merle Haggard, as well as bluegrass icons Dr. Ralph Stanley and Ricky Skaggs, were among the 130 acts over four days in late April whose tunes wafted pristinely from MerleFest 2014. As has been the case for the past 26 years, DiGiCo consoles processed much of the music emanating from the Wilkesboro, NC festival’s 13 stages, helping to cement MerleFest’s reputation as a highly celebrated perennial American music event.

MerleFest was founded in 1988 in memory of Eddy Merle Watson, son of bluegrass legend Doc Watson, as a fundraiser for Wilkes Community College and to celebrate “traditional plus” music, a term coined by Doc Watson to describe the wide variety of musical genres and styles celebrated at MerleFest.

Since the festival’s beginnings, Greensboro-based SE Systems has been handling sound for MerleFest. SE Systems CEO and Founder Cliff Miller was working with Doc Watson at the time and helped put the audio production in place for the first MerleFest, which was quaintly mounted on the back of a flatbed.

Sound quality is SE Systems’ primary consideration in anointing DiGiCo as its console supplier of choice. “The SD10s have been our workhorse for the last few years; they just sound great,” says Miller, a pro sound pro, as well as a first-rate musician himself; after Merle died in a tractor accident, Miller started filling in on guitar at many of Doc’s gigs. 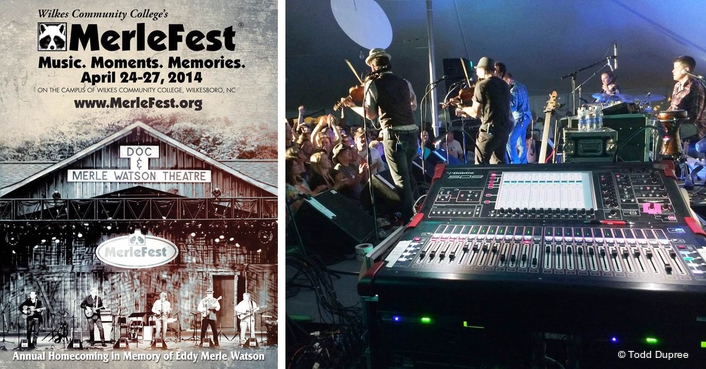 DiGiCo consoles, according to SE Systems Media Relations Director Bryan Smith, are ideally suited for country music and bluegrass. “Acoustic instruments come across in a very natural way,” he says. “When you put acoustic instruments in front of a mic, you don’t want the preamps, effects or processing to change the sound. Cliff carried the DiGiCo SD10s on tour with Alison Krauss and we currently have two out with her now. When you’re mixing the number one female Grammy Award winner, it better sound good. The DiGiCos have proved that night after night.” 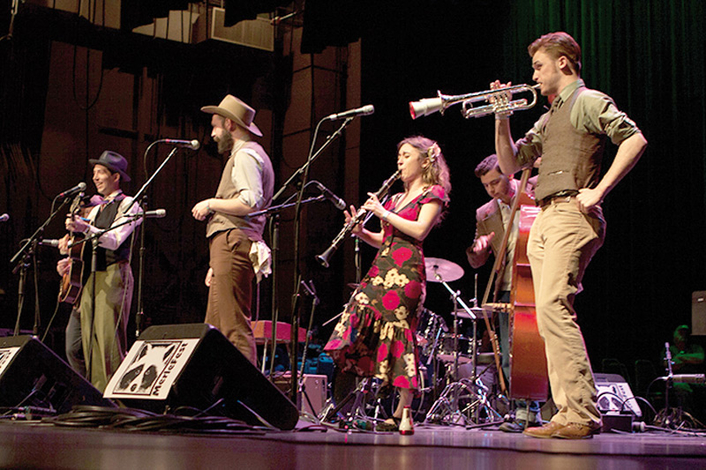 He goes on to explain that the DiGiCo boards are “very transparent and sound like the old analog desks.” When comparing digital consoles, DiGiCo’s 96KHz performance was “what also helped us decide on the SD10s. All of the plug-ins and effects work perfectly and it’s a fairly easy console for guest engineers to mix on in a festival situation. We also see DiGiCo on many of the artist’s riders.” This detail was underscored by the fact that headliner Alan Jackson brought in a DiGiCo SD8 for his Thursday night set.

On the main Doc & Merle Watson Theatre stage this year, two DiGiCo SD10-36 consoles were used for mains and monitors. The adjacent Cabin stage, which was used for smaller acts while the primary stage was reset, featured a compact SD11 to mix mains and monitors and was positioned next to the primary stage SD10 FOH desk. Smith describes the SD11 as “a great small rack mount mixer with all of the ‘big boy’ features.”

An additional DiGiCo SD9 was used in the recording trailer. With every DiGiCo console deployed using either a D-Rack or SD Rack, all stages had fiber runs and SE recorded everything to a Live Tracker for archival purposes.

That DiGiCo still figures prominently in the MerleFest gear complement is hardly a surprise. Three years ago Miller bought two SD10s – SE Systems’ first DiGiCos, not to mention the first SD10 desks in the US – sight unseen. “I have been in the industry for a very long time and this was the first time that I ever purchased two new consoles without even putting my fingers on the faders! The sound quality is the best I’ve ever heard in a digital console, surpassing most analog consoles. The SD10 can be configured to operate like any old favorite console, but with hundreds more features,” he says. 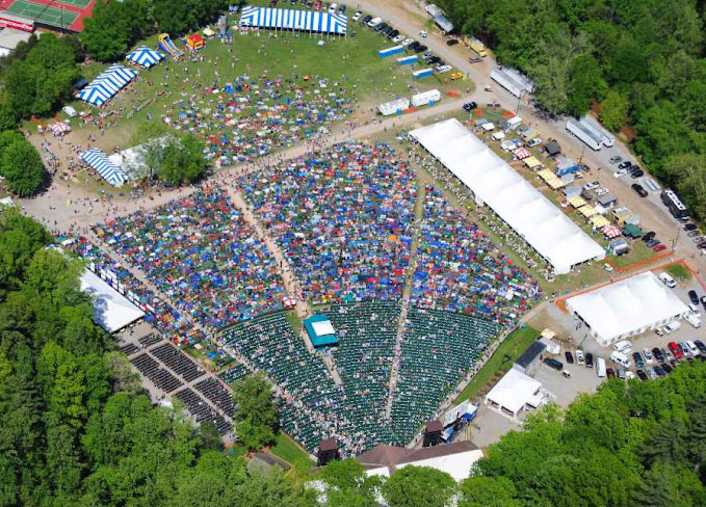 DiGiCo gets The Feeling
MGG Productions Invests i... Ten Available for Rental
Here Lies Love Stands Up ...ts Down with DiGiCo SD10T