The Making Of … Never Ending Sunday

Our industry is full of talented and creative people who, most of the time, careering through life and business at breakneck speeds, don’t have a moment to spare for indulging their ‘other’ passions in life! The various lockdowns worldwide have changed all that, freeing up time for so many ‘additional’ skills to flourish. Xavier Demay, general manager of French rental company Dushow is one of them!

A singer, songwriter and guitarist in his ‘other’ life, he called on some of his friends and colleagues to help him in a little DIY recording, which resulted in the catchy new track “Never Ending Sunday”, a tribute to health workers and heroes in the age of Covid-19 and a true story of ‘life under lockdown’.

This tested Xavier’s musical, technical and multiplexing talents. In addition to writing the music and lyrics, he was the lead vocalist and guitarist and mixed sound and video. Posted on YouTube and Facebook, it’s been an instant success receiving over 6000 shares so far. 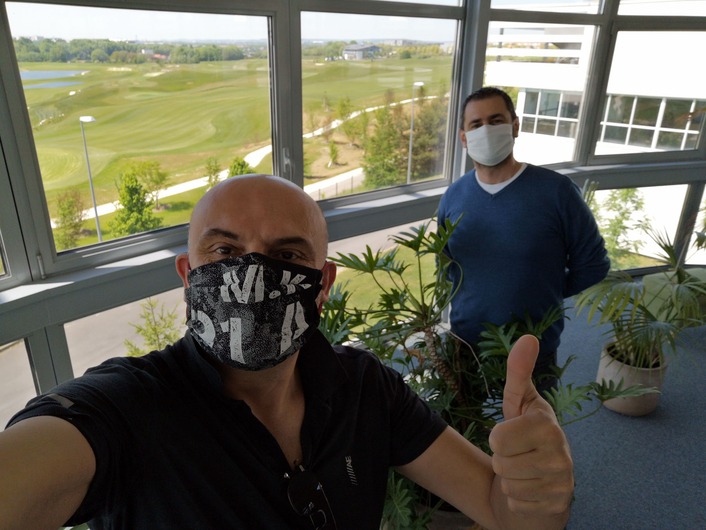 Xavier always dreamed about being a musician as a child, but his career didn’t quite work out that way, and instead he followed a parallel route and became a roadie and a technician – which he also loves – for the last 30 years.

Xavier always dreamed about being a musician as a child, but his career didn’t quite work out that way, and instead he followed a parallel route and became a roadie and a technician – which he also loves – for the last 30 years.

“I reached out to bass player Dom Escoffier initially,” he commented, “who thought it a great idea that we develop the tune, and before long, plenty more colleagues, friends and family were involved!”

Gilles Lovighi joined them on drums, percussion & backing vocals which proved to be a popular choice with others lining up for BV duties including Sylvain and Roxane Demay, MariLou, Manon, Arthur, Jules and Nawel … plus Séverine Ferrier. 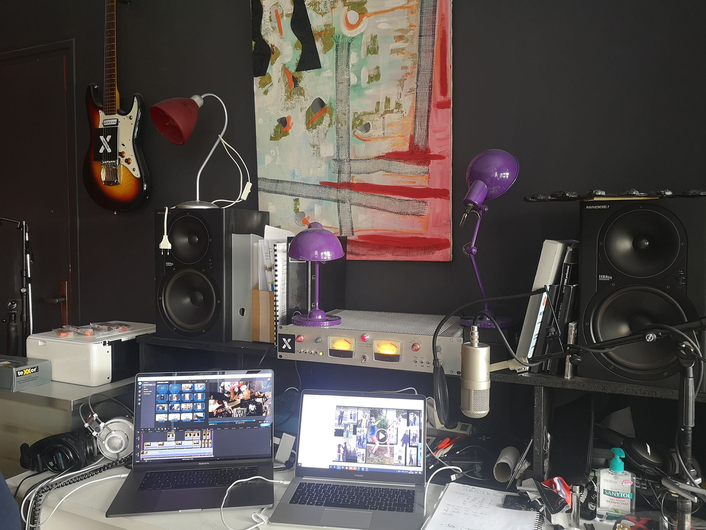 Xavier sent everyone the music track and asked them all to record their parts – plus their own accompanying video – on their phones, laptops, or whatever recording devices they could lay their hands on! Gilles recorded his in his ‘cave’ and Xavier cut his lead vocals and other parts in his own studio.

This all took around 2 weeks.

“There were some variations in quality and technical expertise, but I’d say that by the end of the exercise, everyone was quite adept at portable recording!” he recalls. He had to engage in some editing and processing whilst mastering the final mix … but that was all part of the fun!

He utilized Logic Pro X, a digital audio workstation and MIDI sequencer application for Mac. To produce the video, he invested in new More AV software MOVAVI which enabled him to create the final multi-screen picture. Not having mixed a music video before, this was more of a challenge, but also a good learning curve, balancing a variety of different lighting and colour temperatures.

Once happy with the result, he posted it online … and was delighted at the response. “I was expecting about 15 or 20 shares, so this was a nice surprise.”

In the last couple of weeks, the lockdown in France has been lifted slightly to allow some businesses to start getting back to work – with social distancing and other precautions in place – and at Dushow they have been working on some installation projects including an audio one at Versailles and also on some TV shows. 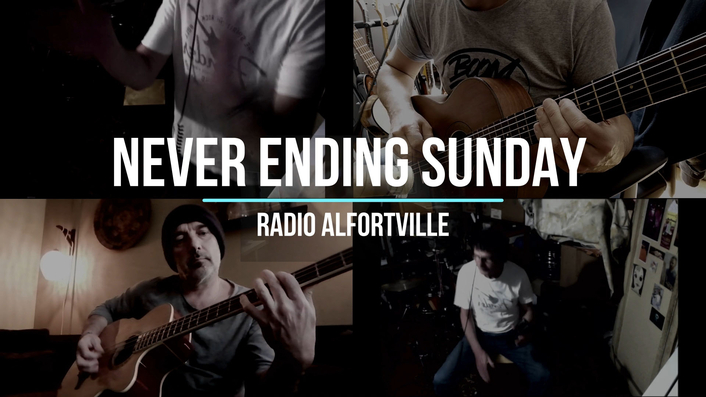 The Paris office has been working on a skeleton staff of 12 but for Xavier it has been great to be back and talking about ‘horizon’ projects and dealing with a small trickle of work.

The company is one of the largest rental operations in France and has over 2000 Robe moving lights in stock, which normally would all be out constantly during May and June on hundreds of festivals, shows and tours.

He comments on just how many additional logistics will be involved in getting companies working again with the additional Covid-safe health & safety measures and with getting shows out of the door in the future.

“Things like loading a truck – to do that with social distancing you can’t really have double-stacked flightcases as it involves people in close proximity manoeuvring these into place … so that means more trucks involved!”

When logistics like that really start to hit home, dealing with different sized and weighted cases, timescales for getting shows in and out will be impacted directly by having to maintain distance, etc., all of which will be production brainteasers for the future.

Right now, Xavier says he’s “super-excited just to be seeing some flightcases on the move again!”