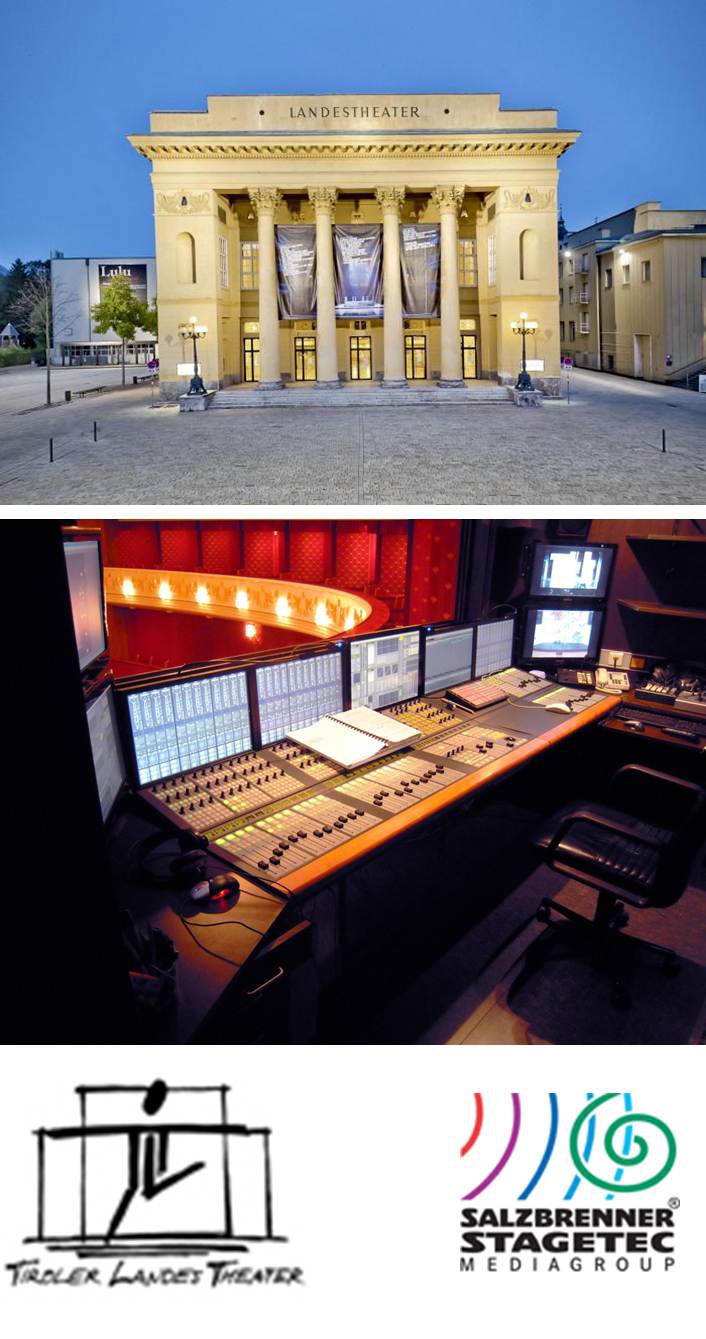 A versatile TRIAGON installation in Innsbruck
For the Tirolean State Theatre sound department in Innsbruck (Austria) flexibility matters. The multidisciplinary venue offers not only opera, musicals, dance and plays under one roof, but produces CDs and the popular radio show "Apropos Oper” in its own 24-track surround Studio. A control room that can cope with this diversity has to adapt to the theatre - not vice versa. Since autumn 2010, a new sound control room with a TRIAGON and a NEXUS Matrix 5 audio network integrates flawlessly with an existing NEXUS Matrix 4 audio and communications network.

"Our new console in the main sound control room had to meet a number of specific requirements: We need a lot of physical channel strips on the surface as well as quick and easy access to a bunch of external effects we use for our productions”, says Franz Fleischanderl, Head of the Sound Department. The choice came down to a TRIAGON desk boosted with extras made to measure for Innsbruck. The console features 128 true audio channels and 64 buses controlled by 48 channel strips on the surface. It actually combines two consoles in one mainframe to increase the number of channel strips. But that's not all, the standard rotary encoders in the second row of twelve panels were replaced by faders in order to increase the number still further! Depending on the project configuration, the faders give access to channel levels (up to 70 with demanding opera productions) or they enable pre-produced sound-effects to be faded in. To allow for control over all sound-effects, a dedicated screen was added to the meter bridge, displaying the cue list and enabling control over the player. “These customizations are a big advantage for us, since in modern operas the effects often play the role of an additional instrument, so we have to start them precisely on the correct beat“, says Fleischanderl. The list of custom built enhancements is completed by making three rotary encoders per channel strip freely assignable and details such as customization of the metering displays and the cue list. 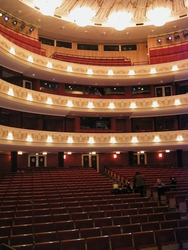 The new main sound control room is networked with a second control room in the intimate theatre and with a rehearsal stage. A total of nine NEXUS base devices provide 870 inputs and 667 outputs. “When designing the NEXUS network, we had to integrate the new Matrix 5 based network seamlessly with the existing Matrix 4 network, which not only forwarded audio, but also communication signals for the CAS 300 stage management system”, remembers Andreas Müller, project engineer at SALZBRENNER. The solution was found with the XTI data-forwarding board for transmitting control and communication data between the two NEXUS systems. “No matter if a loop of the pa system is connected to the old or the new NEXUS”, continues Müller, “it can be addressed by the CAS 300, thanks to the XTI board. The integration between the existing parts of the system and the new was very important to the customer and therefore a strong argument for the TRIAGON and NEXUS combination.”

Just a few days after commissioning, the system had to prove its suitability for the Landestheater: The production “Lulu - the musical” directed by theatre manager Brigitte Fassbaender was resumed after the holiday break and after it had seen its world premiere in May. Obviously, all mixing work carried out previously on the old analogue console now had to be reproduced on the TRIAGON. It was found that the rather long setup times with the analogue system were drastically reduced with TRIAGON, once the project was configured. “To us the enormous time gain we have is the biggest advantage”, states Fleischanderl. “Previously we spent hours setting up the console for the next production. Now, we just switch on, load the project and are good to go!”