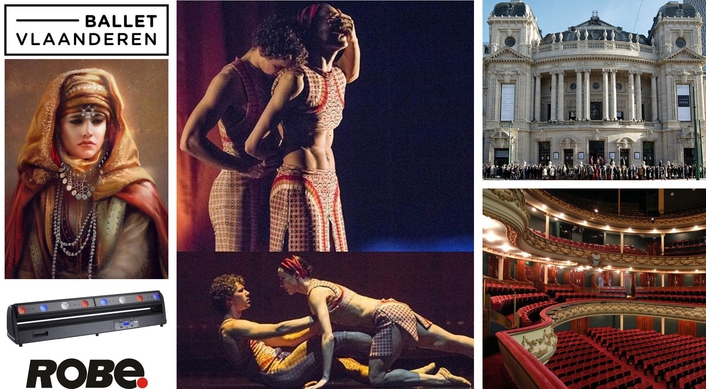 The CycFX units were sometimes static but often in motion

Thirty-four of Robe’s incredibly versatile CycFX 8 fixtures provided an elegant and inventive solution for lighting designer Aaron Copp on the new production of Shahrazad, choreographed by Jonah Bokaer for the Royal Ballet of Flanders (whose Artistic Director is Olivier Award winning Sidi Larbi Cherkaoui).  The production finished its run at the Opera Vlaanderen in Ghent on October 30th, 2016 and subsequently played in Antwerp, Amsterdam and several other European cities.

Aaron, a freelance lighting designer based in New York, was asked to collaborate on Shahrazad by American choreographer Jonah Bokaer, known for his provocative and risk taking work, often utilizing mixed media. The two have worked regularly together, including recently on “Rules of the Game” at Brooklyn Academy of Music (BAM), a new work with original score by Pharrell Williams for the Dallas Symphony Orchestra. 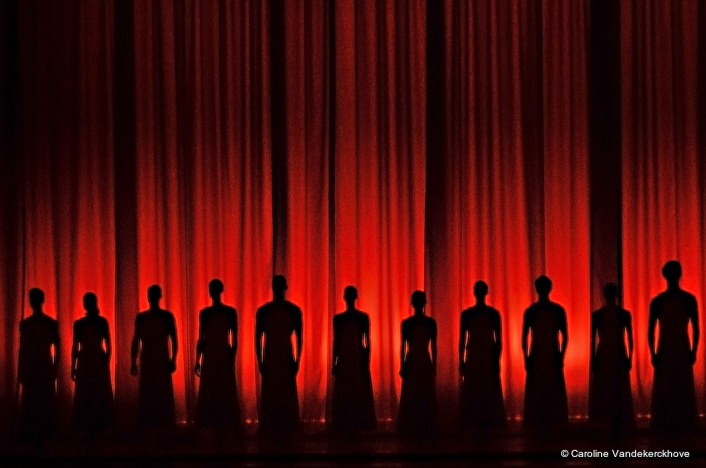 This was a more minimalist production than many previous interpretations of the classic Rimsky-Korsakov piece, updated with abstract dramaturgical references to the modern Middle East.  Bokaer, who is of Tunisian-American ancestry, commissioned notable French-Tunisian fashion designer Azzedine Alaia to create the costumes in a complete reimagining of the Shahrazad legend through new sets of eyes, minds and experiences, aided by the dramaturgical vision of French-Moroccan scholar and director Youness Anzane.

The decor (jointly designed by Copp and Bokaer) was extremely simple, but contained many references to silks, veils, and the sensual quality of the original stories. The primary scenic elements were two Rose Brand poly-silk backdrops, with a Rose Brand Voile kabuki curtain opening the show, and scenic pieces of Peroni Juta Rarola fabric also playing a large part. 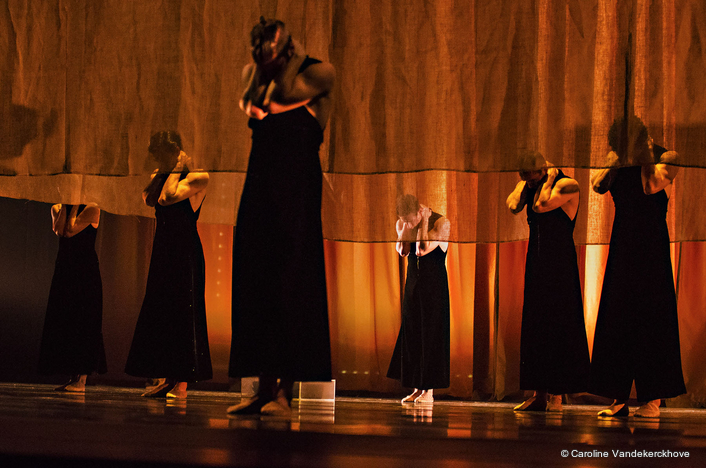 Having only two backdrops as the primary visual elements for almost 45 minutes of choreography was daunting, which is why having the largest possible tool kit on those drops was vitally important.  After much online research and working with lighting supplier PRG Belgium, Aaron and RBF production manager Mieke Vanderhaeghen were able to procure 34 of the CycFX8.

The units were arranged in a frame – 11 across the top, 11 on the floor, and 6 on each side mounted to a vertical structure fabricated by the RBF shop.  The CycFX8 units played about 40cm upstage of the silks, alternately lighting directly into the fabric and bouncing onto a white cyc upstage of the silk.  The CycFX units were sometimes static but often in motion, using slow colour chase, zoom and tilt effects to provide a constant sense of motion in the background. 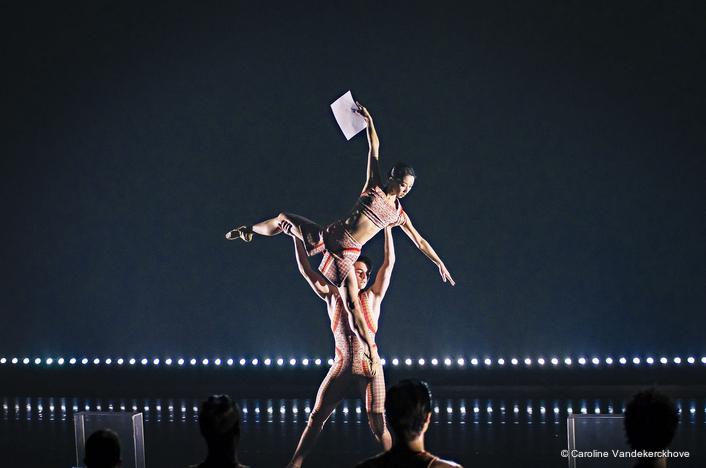 Bokaer had challenged Aaron to design the last five minutes of the ballet with lighting only – so at a climactic musical moment in the final movement, all the drops flew out and the CycFX 8 array was revealed for a heavily cued “storm” of lighting, sweeping across the dancers with constant motion, finally settling into a deep blue wash for the ballet’s conclusion.

Aaron had not used CycFX fixtures before, but after plenty of research was confident that they would do exactly what he wanted and needed.  It was only when they were on site at the technical rehearsal facility in Antwerp that he realized they "exceeded all his expectations. It's an extremely high quality, super-reliable fixture” he concluded.

Bruno Wittock was the lighting programmer. 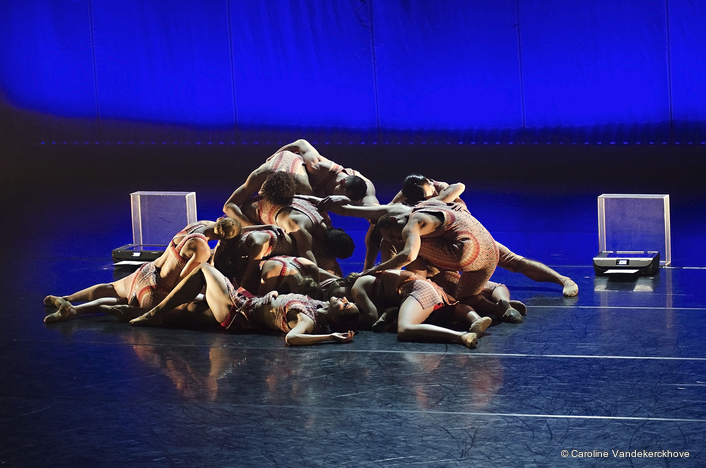 Aaron Copp graduated from the Yale School of Drama in 1998 with a Master’s Degree in lighting design and has been working as a lighting professional ever since. His varied portfolio includes plenty of dance and theatre work as well as concert and touring lighting.  Notable design projects include work for Yo-Yo Ma, Laurie Anderson, Natalie Merchant, Merce Cunningham and many others.