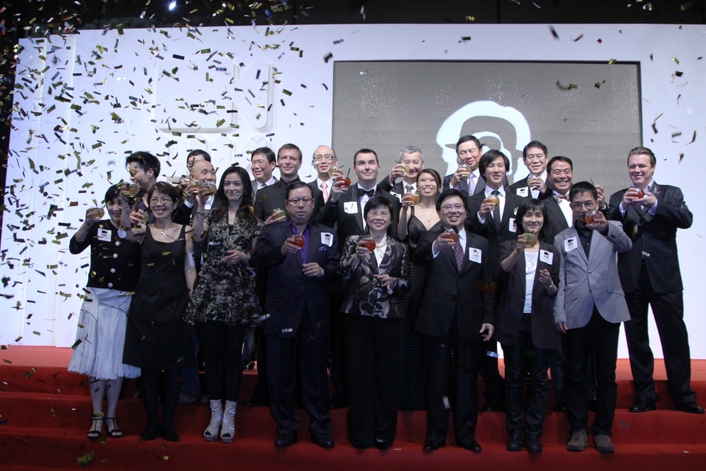 Hong Kong Film Festival
The 34th Hong Kong International Film Festival kicked off in grand fashion on March 21st at the Hong Kong Convention and Exhibition Center, where more than 900 honored guests from around the world enjoyed an exciting celebration of film under the glimmering Victoria Bay sky. World leading LED display solution provider Lighthouse had the honor of sponsoring the large display at the main venue during the opening ceremony, bringing celebrities closer than ever to adoring fans with an unforgettable audio-visual experience.

As one of the Asian film industry’s most prestigious events, the Hong Kong International Film Festival is devoted to a tradition of “uncovering and promoting the best in Chinese language films”. The 34th HKIFF runs from 21 March to 6 April, 2010. Over 240 films from over 50 countries will be on show at 11 venues in Hong Kong, of which 65 are world, international or Asian premieres. The opening ceremony this year premiered two movies, “Crossing Hennessy” and “Like a Dream,” providing an exceptionally magnificent prelude to this year’s festival. Film stars Tang Wei, Daniel Wu, award-winning actress Paw Hee-ching, and Andy On were on hand for the opening ceremony, and Lighthouse as well as a number of celebrities were on hand to witness the historical moment.

As display sponsor, Lighthouse installed a R4-S 4mm screen in a 3.84m (w) x 2.88m (h) configuration at the center of the main stage. In addition to the lightweight design, the screens also allowed event organizers to manipulate the video content in real time as needed, ensuring celebrity reaction shots were caught promptly and vividly.

Film is an art form highly dependent on excellent visuals

“Film is an art form highly dependent on excellent visuals, a trait that resonates strongly with the Lighthouse slogan, “create impact,” said Peter Chan, general manager of Lighthouse. “We are committed to developing more LED display solutions that deliver excellent visual quality and reliability to better meet market demand, and I personally look forward to pursuing future sponsorship opportunities in support the of the arts, in Hong Kong and around the world.”

Lighthouse Technologies Limited is a global leader in LED display technology that develops, manufactures, and markets LED video display solutions for multiple indoor & outdoor applications, media and entertainment events, and sports arenas across the globe. With numerous technological breakthroughs to its name, Lighthouse has established itself as a multi award-winning leader in the LED display industry that holds itself to the highest standards of quality.
Founded in 1998, Hong Kong-based Lighthouse has a strong global presence with regional offices in Europe, North and South America, the Asia Pacific and China. Employing the most advanced technology, the highest manufacturing facilities, and world-class, round-the-clock technical support, Lighthouse satisfied customers on every major continent, captivating the imagination of millions.