Let’s Dance for Comic Relief Gets Smart with PixelRange 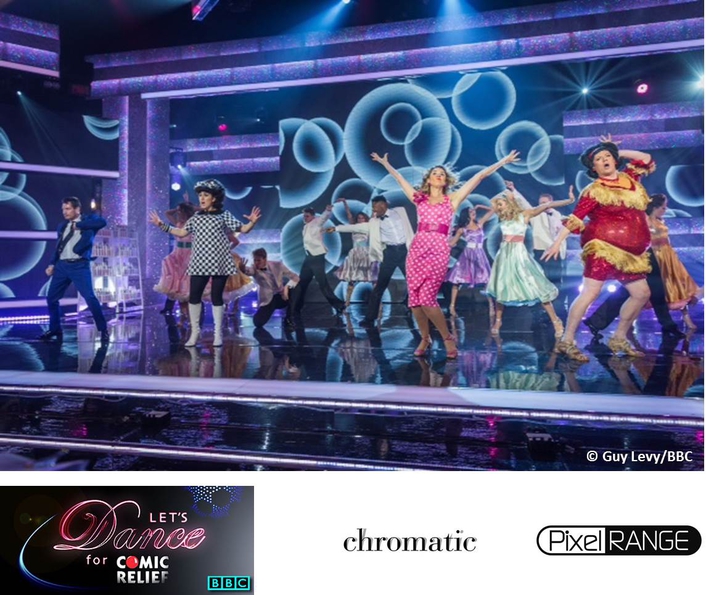 No less than forty-eight PixelSmart LED fixtures and fourteen SmartLine 4 LED battens were donated by PixelRange to provide extra pace and drama during the show’s title sequences and high-energy dance routines.

Twenty-four PixelSmarts and twelve SmartLine 4s were deployed on stage at floor level to demarcate the upstage and wing edges and define the performance area. “When lighting dance you need to bring in light at stage level to draw focus to the feet,” says Nolan. “We used the PixelSmarts and SmartLines to introduce animation and colour changes at floor level – all of which was reflected beautifully in the shiny black floor covering – using some of the PixelSmart’s unique features.”

“Standard PixelPars can change colour and intensity but the PixelSmart’s individually controllable LEDs allowed me to mix colours and intensity to create unique twinkle effects,” continues Nolan. “I was also able to animate shapes such as stars, circles (donuts) and flowers which are especially effective to camera.” 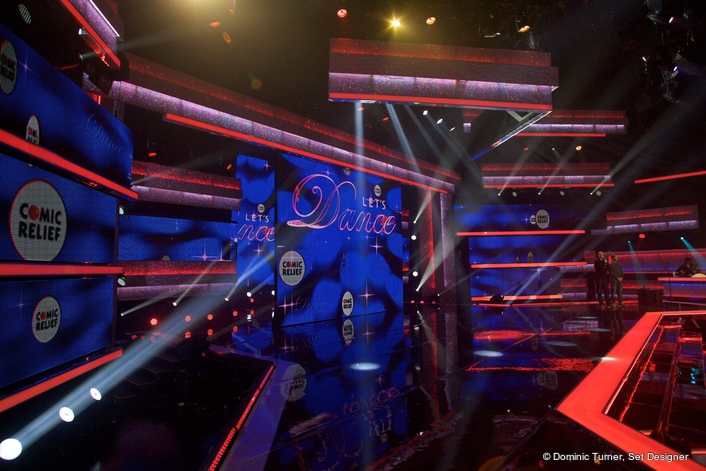 Nolan also created chases and random strobe effects within each of the SmartLine battens, rippling colours along their length. Like the PixelSmart, SmartLine battens feature individually-addressable, high-intensity quad RGBW Cree LEDs, set in a 50mm deep, slimline housing which allows the LEDs to maintain equal pitch when stacked.

Off-stage, a mixture of both PixelSmart and SmartLine fixtures were located behind the door reveal for extra sparkle during the competitors’ entrances. “Along with the video backdrop, the PixelSmarts and SmartLines predominate in the dance numbers and performed a big task in filling space and creating good background effects,” says Nolan.

For the 2013 series, Nolan was charged with the additional task of lighting the audience in a way that would draw them into the over-all action of the show. “The Show is largely about the audience and attracting viewer donations, so we wanted to focus on the studio audience while the contestants and presenters ran amongst them,” says Nolan. Twenty-four additional PixelSmarts were therefore placed behind the audience to add a bit of extra razzamatazz in Nolan’s largest use of fixtures to date. “They are essentially used as ‘eye candy’ providing great looks in the back of shots with the shapes, colours and sparkle effects they give.”

Let’s Dance for Comic Relief is not the only show in which Nolan and lighting programmer, Tim Routledge, have favoured the PixelSmarts and SmartLines having used them extensively on productions that include the Royal Variety Performance and the Radio One Teen Awards at Wembley in September 2012.

“We really like to use the PixelSmarts and SmartLines because they are unusual and extremely versatile pieces of kit,” says Routledge. “We like their cold white light which makes good sparkle effects and the warm white which enables us to replicate tungsten lighting. To light 30 dance numbers over the 4 week run of Let’s Dance for Comic Relief was a tall order so we were grateful to be able to take advantage of the huge variety of effects each unit provides.”

This year’s significant increase in the number of units used has only encouraged Nolan to do more. “They really are brilliant fixtures and so useful in television productions to create some great effects. Now I would like to use a massive wall of them as the scope would be tremendous, not only for the great effects but for the potential of running video through them.”

Let’s Dance for Comic Relief ran as a short series of 4 shows over 4 weeks, attracting huge television audiences and raising over £1million.

Comic Relief
Comic Relief is a UK charity, which aims to create a just world, free from poverty. The money raised by Comic Relief is spent at home in the UK, across Africa and throughout the world’s poorest countries to help people, families and whole communities stand on their own two feet.

PixelRange
Based in Worcester, PixelRange was formed in 2002 by the same team as James Thomas Engineering Ltd. PixelRange offers a creative portfolio of entertainment and architectural high performance LED luminaires to suit all locations and occasions. Its award-winning colour mixing fixtures are synonymous with the professional entertainment lighting industry and regularly feature on the largest shows and tours worldwide. PixelRange’s Architectural range of white and mono LED fixtures offer industry leading power and performance and are available for both indoor and outdoor usage.