PBS Primetime Special Featuring Michael Feinstein and DPA Microphones
Coinciding with the reopening of an iconic Manhattan venue, PBS recently broadcast a 60-minute primetime special, Michael Feinstein at The Rainbow Room, as part of its Fall Arts Festival programming. As a loyal DPA Microphones user, Feinstein’s long-time Production Manager and FOH Engineer Andy Brattain ensured that the performer’s microphone of choice was used for the taping, which included a variety show and a series of big band performances. Several DPA microphones were used for the production, including the d:facto™ Vocal, d:vote™ 4099 Instrument, d:dicate™ 4011 Cardioid and d:screet™ Miniature mics.

The PBS-special featured Michael Feinstein and a 17-piece big band, along with June Squibb, Christine Ebersole, Cheyenne Jackson, American Idol Season 11 runner up Jessica Sanchez and the noteworthy tap duo, the Manzari Brothers, all using DPA microphones. Working with the show’s esteemed producer Marc Cherry, DPA was chosen due to its wide variety of d:vote 4099 clip-on mics for the multitude of instruments in the band. 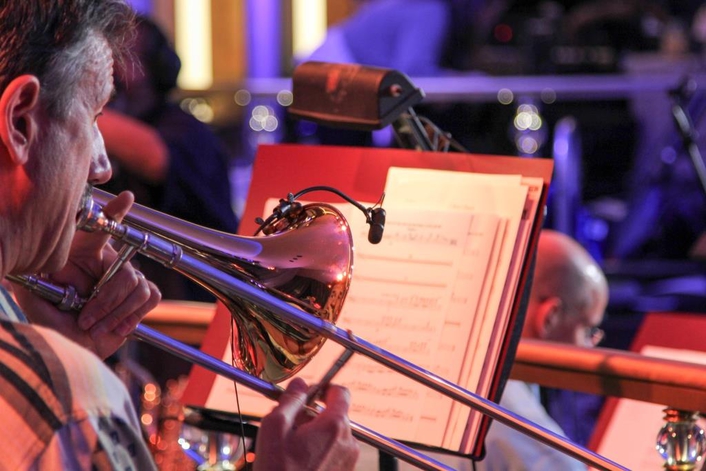 “With this show, we knew we would only get one chance at this, mainly because of time and budgetary restrictions, both with the room and the band,” says Brattain. “The main goal for the microphones was to make sure that we got not only the best quality sound out of the performers, but also the most isolated sounds. The d:vote 4099’s ability to reject unwanted noise ensured that there wasn’t any bleed from the other mics and instruments in case something had to be re-mixed later. In addition, the d:dicate 4011’s proved to be the perfect choice to isolate the band as a whole and capture a perfect stereo mix that would later be blended with the spot miking of the 4099s.”

The piano was center stage within the Rainbow Room, with the band just off stage right.  DPA helped to eliminate extra clutter on set, as the d:vote 4099’s mounting capability reduced the amount of mic stands and cables on stage. Since the mics were unobtrusive and out of the way, the musicians were happy as well.

In addition to miking the instruments, deciding how to mic the Manzari Brothers presented an interesting challenge on set, as the team needed to amplify the sounds coming off their tap shoes. Each brother was outfitted with two d:screet 4061 microphones, one on each leg in order to capture the unique audio tones of their shoes, removing any SPL challenges for  the audio team. 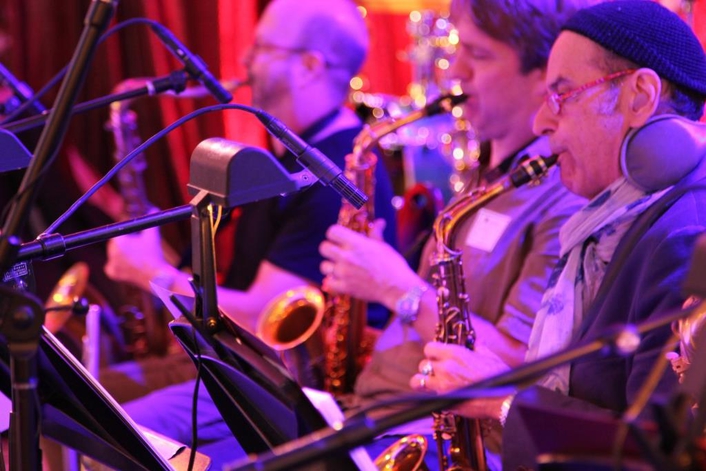 “We also used the d:screet 4061 as an audio solution for miking June during her comedy skit at a cabaret table,” adds Brattain. “Instead of using a handheld mic, we used a wig kit to hide the 4061 in her hair. As for Michael and the rest of the performers, they all used the wireless d:facto handheld microphone for their vocal performances and they sounded really great.”

Brattain credits DPA’s customer service for a seamless production. “Not only were we able to use DPA’s microphones for the entire production, but a representative came on set to assist with mic placement for each instrument, assuring that we got the best sound possible for both the live mix and the recording.”

Feinstein is a multi-platinum-selling, two-time Emmy and five-time Grammy® Award-nominated entertainer dubbed “The Ambassador of the Great American Songbook.” The Rainbow Room is an art deco-style restaurant and nightclub that in its heyday hosted the elite and influential including royalty and A-list celebrities. The Rainbow Room has officially reopened after being closed for nearly five years while it underwent a multi-million dollar renovation.