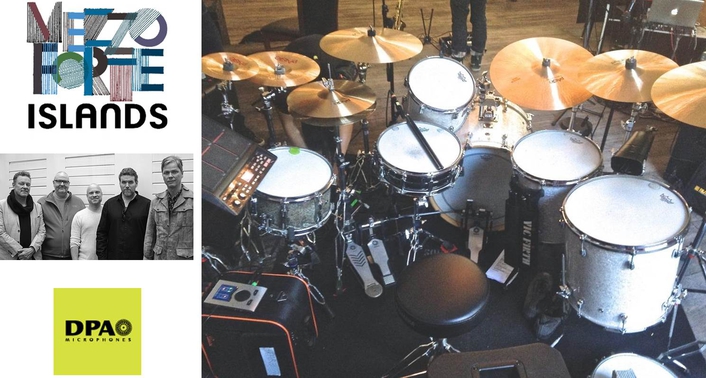 Icelandic band Mezzoforte have been delighting fans on recent tour dates with the superb sound of their instruments, in particular brass and drums, which have been amplified with a selection of high quality DPA microphones.

"People were raving about the overall sound of the band, in particular the drums and sax," says Mezzoforte sound engineer Joost Bullens, who has been working with the band for the past 11 years. "We used DPA d:dicate™ 2011C Twin Diaphragm Cardioid Microphones as overheads and d:vote™ 4099 Instrument Microphones for the live brass and drum set-ups. The sound they delivered was exceptional – really natural and precise."

Widely regarded as one of Europe's most important fusion bands, Mezzoforte had its first hit, Garden Party, in 1983 and has gone on to build a devoted fan base in both Europe and Asia. The band has had a long history of studio recordings, as well as successful live shows which, says Bullens, aim to deliver "a high level of sonic experience".

Gulli Briem, the band's dummer, says he first learned about DPA microphones from sax player Oskar Gudjonsson, who played with Mezzoforte in the past.

"The Danish have a strong pedigree when it comes to making high-end microphones," Briem says. "As Oskar sets a very high standard in his choice of microphones, my gut feeling told me they were the Rolls Royce of microphones."

Briem adds that he was seriously impressed with the clarity of overtones and the ability to hear 'actual' drum sound.

"There are minimal spill or feedback tendencies on stage, even if the stage level is strong," he says. "It is interesting that drummers tend to spend hours figuring out the right drumheads, sticks, tuning and wood types, but most of us sadly overlook the importance of investing in high quality microphones. DPA's ability to deliver a full range of sound, clarity and plenty of headroom was what really blew me away. My performance feels more present and dynamic. I love to play dynamically, to hear all the ghost notes and details. The dynamic range of these microphones allows me to do that perfectly and express myself more musically. I love them."

For Joost Bullens, switching to DPA microphones, particularly for drums, has certainly made his job as a sound engineer much easier, he says.

"If you don't have a good drum sound to begin with, you have nowhere to go. The foundation has to be strong and solid, and these mics help us to deliver that foundation."

Bullens says that he always places overhead mics – in this case d:dicate™ 2011Cs – in front (and to the left and right) of the drum kit so that there is overall sound capture of the whole kit, particularly of the cymbals. "This positioning really suits the way Gulli plays," he explains. "DPA's overhead mics are also very natural and extremely precise."

For more direct amplification of the drum kit, Bullens says some experimentation was required, particularly when it came to capturing the sound of the kick drum.

"We placed a d:dicate™ 2011C inside the kick-drum, near the head, to get enough attack," he says. "It is unusual for me to go so near the head, where the pedal is, but I discovered that this position gave me more EQ opportunities, and I could get a more natural kick sound, exactly as I wanted it."

For the snare drums and tom toms, Bullens chose d:vote™ 4099 Instrument Microphones, which were clipped to the instruments in a more conventional set up.

"What was different was the sound the DPA microphones gave me," he says. "It was a much more natural drum sound that required no EQ-ing at all. The snare mic, especially, yielded some surprises as the snares sounded very precise and I could build the sound just as I had imagined it. Given that Gulli always tunes his drums to perfection, having microphones that delivered such a natural sound was a real advantage."

Mezzoforte's saxophonist Jonas Wall is also a recent convert to DPA microphones and is equally delighted with the results he is getting. He made the switch to DPA d:vote™ 4099 Instrument Microphones from another brand simply because "DPA's microphone allowed my instrument to sound better than other clip mics". 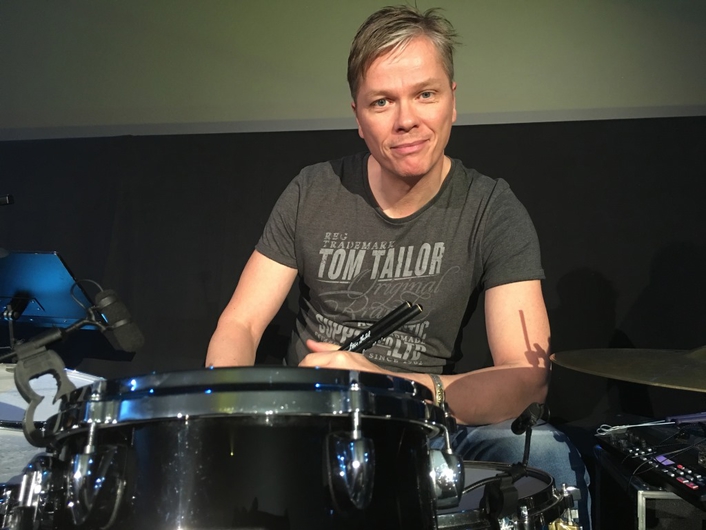 Wall has particular praise for the 4099T clip mic for brass, which he reports as being excellent at reducing feedback. His use of DPA mics has garnered a lot of attentions, he adds, with people asking what equipment he uses, not just at concerts, but by email and on social media. He even recounts a fan coming to him after a recent show, saying it was the best live sound he had ever heard at that venue.