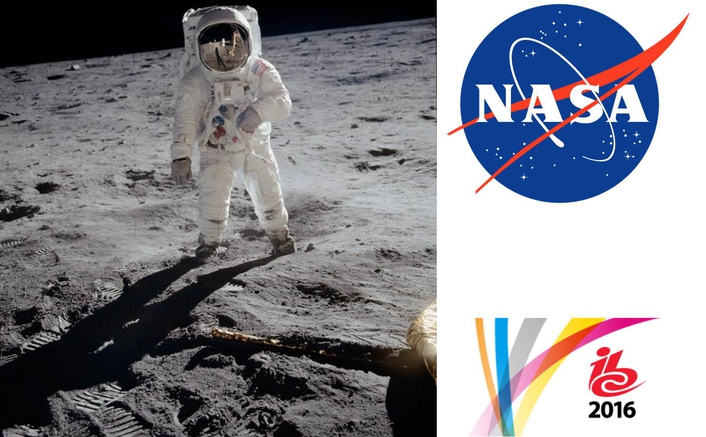 IBC announced today that it is to give one of its highest awards, the Judges’ Prize, to NASA. Celebrating the achievements of one of the world’s most well known brands, the award will be presented at the ceremony held on Sunday 11 September at the RAI, Amsterdam. NASA’s contribution to the ceremony promises to be literally out of this world.

From the very beginning, NASA has ensured that every moment of the space exploration programme has been captured, firstly with film cameras and then video, including the globally viewed footage of Neil Armstrong setting foot on the moon in 1969. Today NASA operates a 4K Ultra HD channel and allows viewers to watch footage on a wide range of televisions and internet connected devices.

The Judges’ Prize is presented to a company or project displaying a unique creative, technical or commercial imagination and past winners include Stereoscopic 3D coverage of the 2010 FIFA World Cup and DNA's single frequency networks for HD with DVB-T2, which was awarded in 2011. The award will be accepted by Carlos Fontanot, Imagery Manager for the International Space Station and Kelly O. Humphries, the voice of mission control for more than 50 shuttle missions and hundreds of space station activities.

“It is impossible to understate the importance of NASA’s film and video efforts,” said Michael Crimp, CEO of IBC. “Their engineers and producers have had to overcome massive technical challenges, which has meant close co-operation with suppliers of equipment and systems. The result has been stunning imagery, which has literally changed our view of the world.”

The IBC Awards Ceremony will take place on Sunday 11 September, and is free for all IBC attendees. Find out more about the awards at IBC.org/awards.

As well as accepting the award, Fontanot and Humphries are leading an IBC Headline Session in the conference entitled ‘Live From Space: NASA and imaging’. It will look at the challenges of shooting in space, showcasing some of the milestones in its development. The conference session is at 16:00 on Sunday 11 September.
The IBC Judges’ Prize is the gift of an international panel of editors and commentators, who can select any project or organisation which in their opinion has made an outstanding contribution to the industry. Previous winners have included the International Olympic Committee and 100 years of Indian cinema.