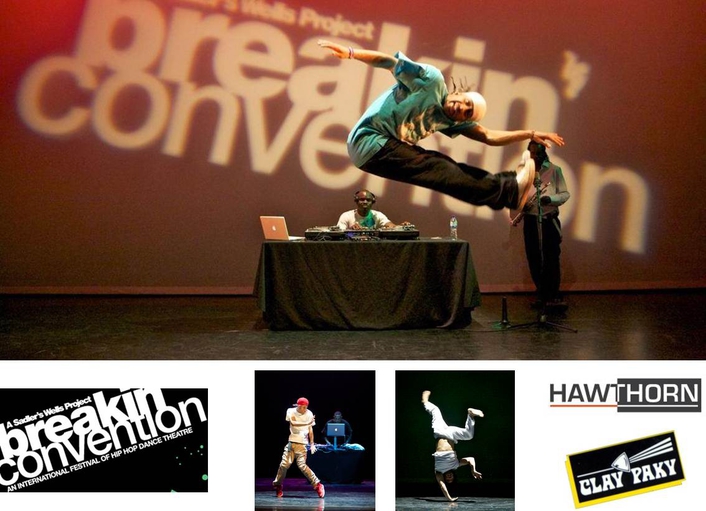 The top international line-up of dancers was lit by lighting designer Jonathan Samuels who said he was extremely pleased with the Clay Paky equipment. “I found the Alpha Profile 1200 to be one of the most versatile and easy-to-use moving lights that I have ever worked with. The features they provide allowed me to create unique lighting for the 20 or so companies that performed, without having to unnecessarily repeat looks or states.”

According to Samuels, time was of the essence. “The time demands on the lighting designer of Breakin’ Convention are immense and having equipment that can react as quickly as the ideas flow is a massive advantage. Finally – here is a tool which works with you and your ideas, rather than one that shapes or dictates them!”

“The hip-hop theatre genre is a hybrid of dance, theatre and occasionally rock n roll,” said Samuels. “Having units that can perform well across all of these was a massive advantage and added significantly to the look of the festival.

Samuels used nine Alpha 1200s arranged in a grid formation, and was able to achieve what the dancers desired without any compromise to their choreography. “Because the programmer was able to create the shapes quickly”, added Samuels, “we didn’t have to take up more technical time than necessary. I’ve often found that while similar units can achieve certain shapes, programming them can be too laborious and therefore becomes prohibitive.” 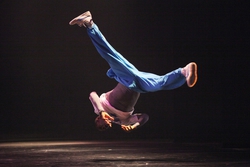 Samuels described the light output and optics of the Alpha Profile 1200 as excellent. “The gobos render very well, allowing hard-edge literal imagery as well as the artistic subtlety sorely lacking in many similar fixtures. The punch provided by the lamp cut through other wash units, the colours were vibrant, and the frost feature was also a boon, allowing quick and consistent softening across the rig.

“All in all, the Alpha Profile 1200 is a great fixture and one which offers features you would normally only get by having several types of unit in the rig. My rig included intelligent fixtures from a range of manufacturers but I often found myself solely looking to the Clay Paky units to provide what I wanted in the majority of the lighting states. The show’s lighting would not have been as diverse or dynamic without these units in the rig, and I am very grateful to Hawthorn Theatrical for their generous support in allowing me to truly test them out.”

The Alpha Profile 1200 is just part of the extensive Clay Paky range of movers at Hawthorn’s hire stock in London and Nottingham. The company recently added several Alpha Wash 700s, Spot HPE 700s as well as the new 189W Sharpy to its growing collection.

Jeff Davenport, business development manager for Hawthorns said: “We’re seeing an increased interest in the Clay Paky range from our clients. And so, we were more than happy to provide these fixtures for Sadler’s and the Breakin’ Convention event; it’s just the kind of thing we’re happy to support.”