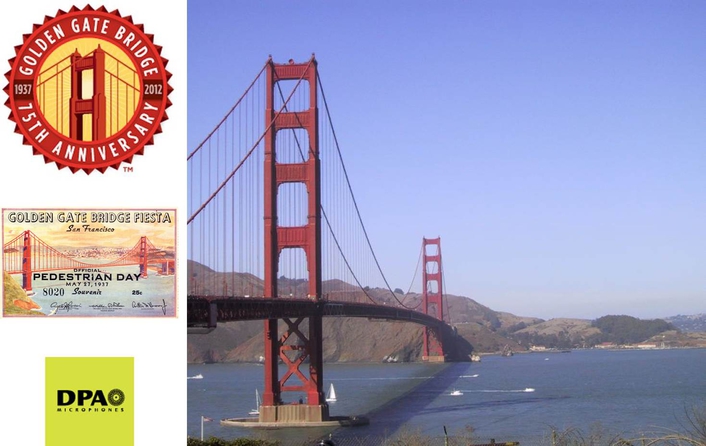 San Francisco Artist Bill Fontana Uses DPA 4006A Omnidirectional Microphones for a Live Video and Sound Portrait
The iconic Golden Gate Bridge turned 75 this year, and DPA Microphones is supporting local San Francisco artist Bill Fontana in honoring the landmark’s anniversary. With a video camera and seven DPA Reference Standard 4006A Omnidirectional microphones fixed to the bridge, Fontana is streaming and capturing six months’ worth of sound and footage for a live video and sound portrait titled Acoustical Visions of the Golden Gate. He also relies on a Sound Devices 788T multi-track digital audio recorder to capture the audio.

Fontana, who commemorated the landmark’s 50th anniversary in similar fashion, has been a long-time DPA Microphones advocate. He selected the highly praised DPA Reference Standard 4006A for the 75th anniversary project for its true-to-life sound reproduction and its ability to withstand all San Francisco weather conditions.

“I think DPA microphones are world-class, so that’s the first place I go when I need to record something,” says Fontana. “One of the reasons I chose the 4006A is that it is one of the only great studio condenser microphones that can also live out on the Golden Gate Bridge for half a year. It is a pretty robust microphone and has a great sound.”

The versatile DPA 4006A is the most popular DPA microphone available and is used worldwide as a recording standard. The unit boasts total transparency in any recording situation, and can pick up incredible detail and depth of sound. With the 4006A, everyone from broadcasters to musical engineers can use the microphone, which produces a clean, natural and precise reproduction in a variety of applications. These features made the 4006A an ideal option for Fontana, who needed to simultaneously stream and record the audio for Acoustical Visions of the Golden Gate. 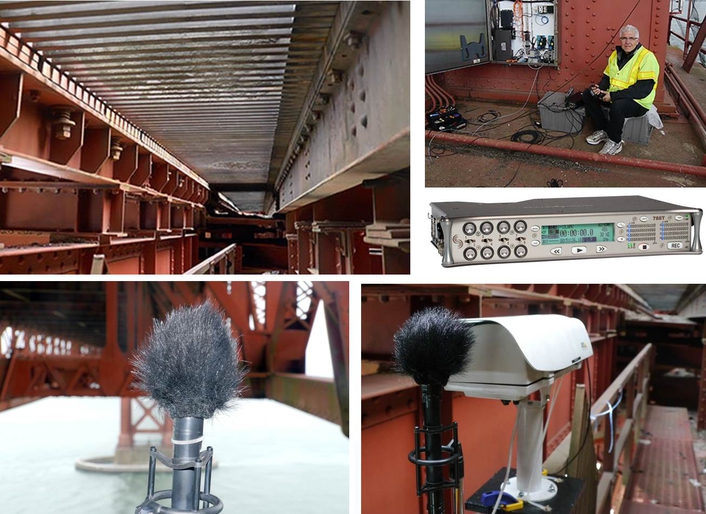 For the times when Fontana is recording, he utilizes a Sound Devices 788T, which is the perfect partner to any DPA microphone for on-location recording. The recorder’s plug-and-play capabilities are the ultimate pairing with the DPA 4006A, as each of the DPA microphones’ multi-pin connectors break into clearly labeled XLRs, which can be simply plugged into the Sound Devices 788T. With the different monitoring functions on the 788T, Fontana can pinpoint what channel he wants to listen to while still recording.

For video streaming and capture, Fontana installed a camera at Fort Point, a historic property owned and operated by the National Park Service, located on the southern side of the Golden Gate Bridge. His project, Acoustical Visions of the Golden Gate, is being featured as part of a larger exhibition known as International Orange. Named for the color of the paint used on the bridge, the exhibit offers fresh perspectives on the enduring landmark. Located at Fort Point, the show features new works by contemporary artists who are responding to the bridge as an icon, historic structure and conceptual inspiration.