Festival in a Fortress 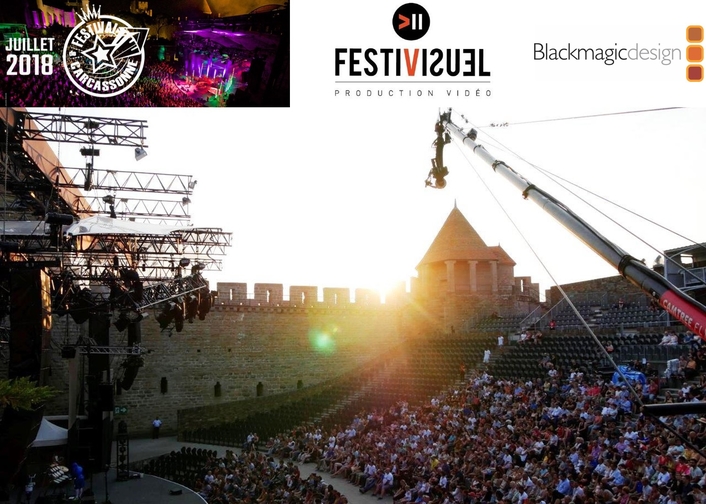 One of the biggest festivals in France, and unrivalled in its setting, Festival de Carcassonne attracts crowds of more than 200,000 every year. The UNESCO World Heritage Site, La Cité de Carcassonne, is a spectacle of its own accord, but throw in 120 different shows throughout the month of July, including many national and international artists, and you’ll find this event is like no other.

This year saw Australian siblings and indie pop group, Angus & Julia Stone, make their first appearance at the festival, and AV production company, Festivisuel, was on hand with a live production solution build around Blackmagic Design to capture their performance for regional TV channel, viàOccitanie, as well as the group’s YouTube channel.

Access to the open-air medieval fortress was complicated and it was clear that the production team needed to adapt its usual way of working. Simon Gerland of Festivisuel begins, “The location of the OB production area was so far away from the stage that it meant we would’ve needed to pull extremely long lengths of fibre over the castle ramparts.

“This would not have been feasible nor nice to look at, so we knew that we would need a practical flyaway solution that would deliver high quality production,” he says. “We built our portable production unit (PPU) around an ATEM 2 M/E Production Studio 4K, ATEM 1 M/E Broadcast Panel and HyperDeck Mini. It was a compact system that allowed us to work in the confines of the site.” 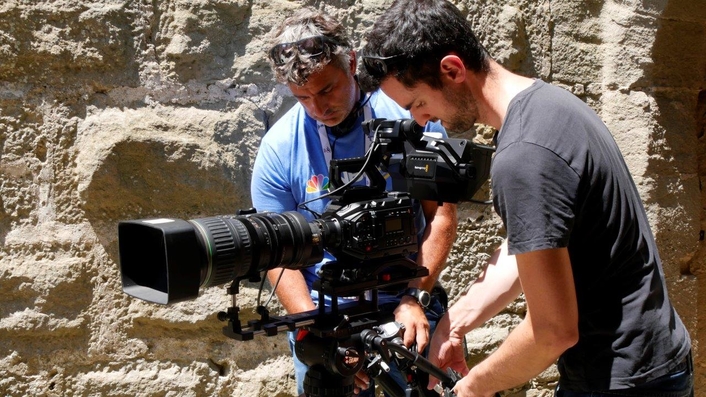 Capturing the brother and sister duo on stage, Simon and his team deployed four Blackmagic URSA Broadcast cameras. “For this setting, we needed the use of very long focals and so the URSA Broadcast with its native B4 mount was really the only option for us,” adds Simon. 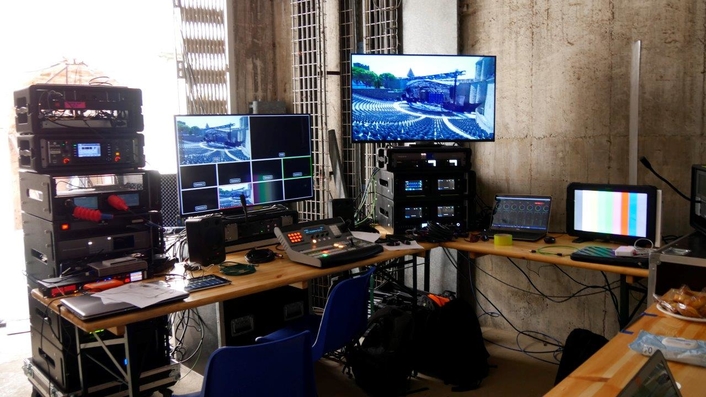 Using B4 lenses meant that the team didn’t need to chase focus as they followed the action on stage, even when zooming in and out. Simon continues, “That ability, combined with the native 4K sensor, colorimetric control management and tally functionalities reaffirmed that URSA Broadcast was the perfect choice for us.” 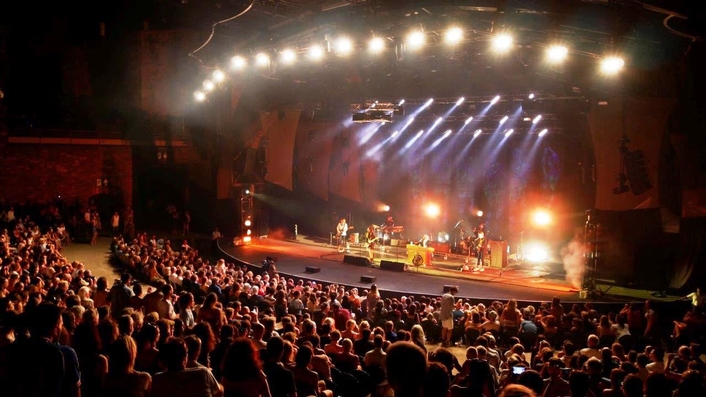 Two of Festivisuel’s cameras were shoulder mounted, equipped with URSA Fiber Converters and paired with Fujinon ZA17x7.6 HD ENG lenses, whilst the two more were rigged on tripods, with URSA Studio Viewfinders and Canon box lenses. Complementing the fleet, a small and lightweight Micro Studio Camera 4K was positioned high up on a 5.6 metre crane to capture overhead shots of the band and the audience.

The team has been fans of Blackmagic Design for years, yet the decision to invest in its cameras has only been a recent one. Simon says, “Our series of ATEM mixers, acquisition cards, converters and monitors are absolute staples in our kit, but it was the announcement of the URSA Broadcast that led us to complete our system with the manufacturer’s camera chains,” he recalls. “Finally we have all the features we ever wanted in our camera set up! We now have a complete, super flexible, high quality OB workflow that can be configured into a multitude of set ups no matter the location.”