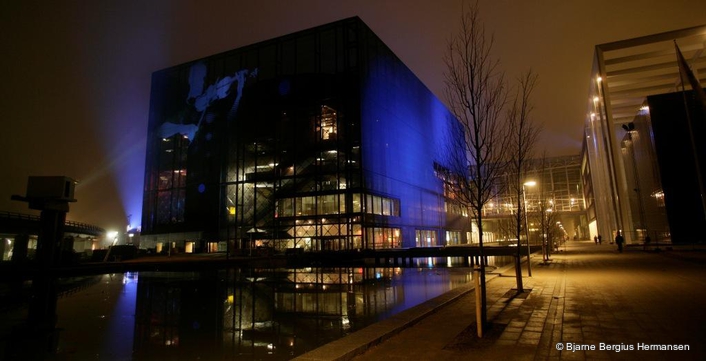 The official gala at the opening of the new concert hall of the Danish Broadcasting Corporation in Copenhagen on 17 January 2009 marked the successful completion of a complex major project for German cable producer KLOTZ a.i.s. The Danish Broadcasting Corporation's prestigious new venue was designed by top French architect Jean Nouvel, winner of the Pritzker Prize ("the Nobel Prize of architecture"). It contains four concert halls offering state-of-the-art acoustics to supreme world-class standards.

The acoustics were designed by none other than Japanese acoustics specialists Nagata Acoustics, Inc.. KLOTZ a.i.s.' Danish partner, systems integrator AVIT Systems A/S, planned and installed the entire audio-visual infrastructure of the DR Byen complex, using KLOTZ cables exclusively throughout. A total of 300 kilometres of KLOTZ cables were laid and installed during the concert hall's main two-year installation period from 2006-2008.

During the entire project, KLOTZ a.i.s. was fully integrated in the project and remained in close consultation with AVIT throughout the individual phases, providing just-on-time delivery to ensure timely and continuous production of all cable types. KLOTZ a.i.s. is proud to have worked with its Danish partner AVIT Systems on completing such a magnificent and prestigious project. Peter Klotz, member of the board, comments, "We have already successfully executed an array of international projects with our partner companies. Each project delivers a new challenge which we solve as a team with a high level of professionalism and even higher product quality. We are only truly satisfied when the results are convincing – and this was the case in Copenhagen.“

The main hall, which seats 1.800 people, is designed in tiers, with 15 balconies surrounding a central stage to ensure the audience is close to "where the action is". Together with the sophisticated architecture of the hall, this proximity to the artists on stage guarantees optimum acoustic conditions.

Studio 3 – The smallest auditorium, seating almost 200 persons, features an interior in black and white like the keys of a piano. The proximity of audience and artists creates an atmosphere of extreme intimacy.

Studio 4 – Also seating 200, this hall has an all-red decor and a special acoustic design aimed at creating a unique atmosphere for chamber music, choral concerts and similar events. 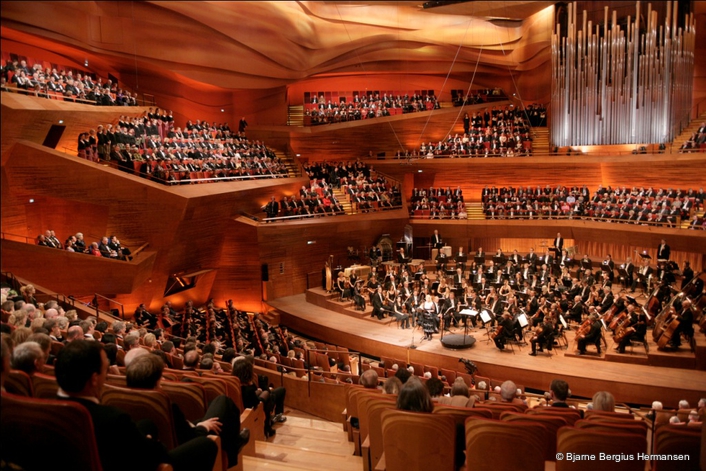