DPA Mics Bring the Outside in at Serpentine Gallery 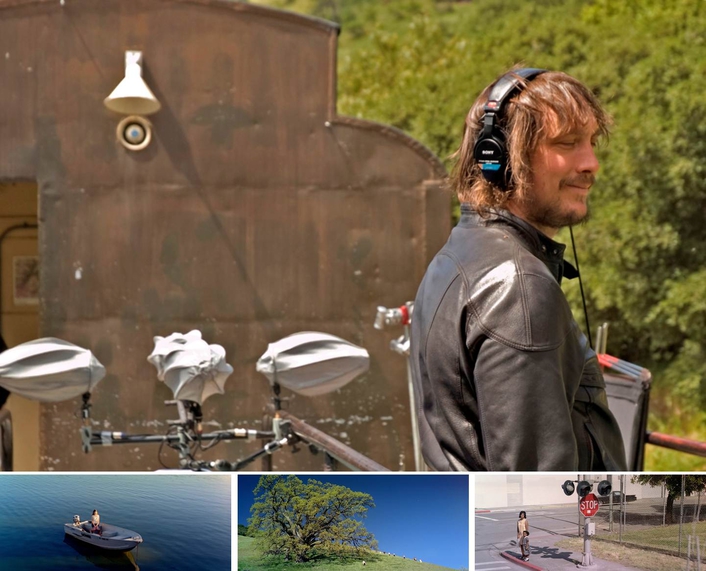 Nicolas Becker recording the soundtrack for Parreno’s June 8, 1968 using DPA mics and WINDPACs
French sound designer and foley artist Nicolas Becker has used a quantity of DPA microphones for the Philippe Parreno exhibition at London’s Serpentine Gallery. Parreno, an Algerian artist and film maker, has created a space in which a series of filmed events are projected in different galleries. Sound, which plays a major part in the exhibition, can be heard inside the gallery, as though the outside environment of Kensington Gardens and the surrounding streets is leaking in.

To facilitate this, Becker has positioned three DPA SMK4060 stereo mic kits, which each include a pair of 4060 omnidirectional miniature mics, around the space. As a film ends in one gallery, the blinds at the windows rise and the DPA mics transmit the sounds from outside into the gallery, while in the next space the blinds descend and the lights go off.

“I chose the 4060s because they provide incredibly good sound for the size,” says Becker. “The size of the 4060s allowed them to be concealed in the trees around the Serpentine Gallery.”

Becker also used his armoury of DPA mics to record the soundtracks for Parreno’s four short films featured in the exhibition.

Invisible Boy (2010) is the story of an illegal Chinese immigrant boy who sees imaginary monsters scratched onto the film. Here, Becker used his setup of five DPA 4006-TLs and S5 surround mount to record the street sounds of Chinatown, New York, from a skyscraper.

June 8, 1968 (2009) recalls the train journey that transported the corpse of assassinated senator Robert Kennedy from New York to Washington DC, and Becker recorded the journey from the roof of the train using a Decca Tree of three DPA 4007s and four 4006-TLs in quadraphonic configuration.

The Boy from Mars (2003) lingers on buffalo tied to an electricity-generating machine that provides the power required to make the film. Here, Becker drew on his extensive sound library which is recorded almost exclusively with DPA. The buffalo sounds were actually 96kHz recordings of horses, which Becker slowed down to 48kHz to suggest a larger animal.