DPA Microphones Spends A Night At The Opera

DPA’s 4017 Shotgun Microphones proved the ideal solution for sound engineer Giacomo De Caterini
The sound team at the Parco Della Musica Auditorium in Rome recently turned to DPA Microphones’ Reference Standard 4017 Shotgun Microphones to record the audio for a specially commissioned double DVD of two operas that were being performed as part of the Santa Cecilia Opera Studio, a master programme devoted to Bel Canto.

With high quality audio a prerequisite – and with strict instructions from the director that no microphones were to be seen anywhere in the video footage – sound engineer Giacomo De Caterini was initially struggling to work out how he could comply with the director’s brief.

“The director wanted to avoid any microphones that could be visible because he was determined to maintain strict focus on the performers,” De Caterini explains. “Due to bad experiences in the past, especially on video productions where close-up shots revealed poorly concealed microphones dangling from the singers’ wigs, he was very keen not to have any microphones on the singers’ heads. This ruled out the use of miniature microphones such as the DPA 4061s, which we had initially been considering.”

To add to De Caterini’s difficulties, some of the backgrounds were being video projected, which meant that microphones hanging from the ceiling were also out of the question.

“I was quite worried as the only option left was to use shotgun microphones positioned on the edge of the proscenium,” De Caterini says. “I realized this would only be OK if we had a sufficient quantity and if they were strategically placed to capture the audio properly.” 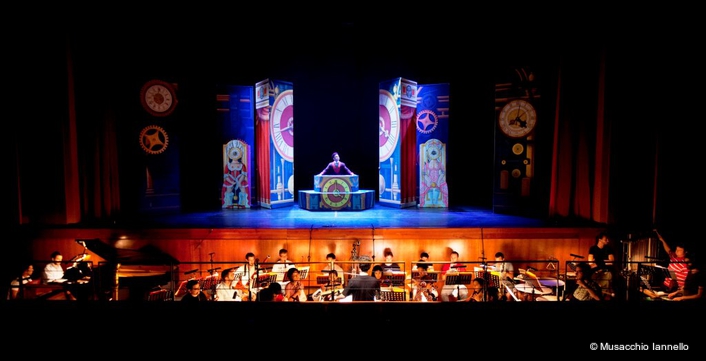 Luckily, Salvatore Zocco, product manager at DPA’s Italian distributor M. Casale Bauer, was able to come up with a solution. He gave Giacomo De Caterini some DPA Reference Standard 4017 Shotgun Microphones and suggested he tried them out as an option.

“Although I expected the high quality sound and trustworthiness that invariably comes with DPA microphones, what I did not expect was the ability of these microphones to deliver a sound unlike any other shotgun I have ever tried,” De Caterini explains. “They were much more akin to a pair of traditional cardioids, and with the amazing ability to behave more like 'wide cannons' than strict shotguns. In other words, instead of the typically coloured audio that becomes almost unusable as soon as the pickup is slightly off-axis, these microphones delivered great audio that required minimal tweaks and remained readable and clean even when picking up vocalists who were right as the back of the stage. Thanks to their new, dedicated preamps, they also delivered lower noise than any other shotgun microphone I have tried. Ultimately, what set them apart was something you certainly don't expect from shotguns: sheer musicality.”

The two operas being recorded for this DVD project were Ravel's "L'Heure Espagnole" and Puccini's "Gianni Schicchi". Both were performed in the Petrassi Hall, which has roughly 700 seats and is the smallest of the three halls that form the Parco Della Musica Auditorium complex. The double DVD production was co-produced by the Accademia Nazionale di Santa Cecilia and Infocamere, the IT company for the Italian Chamber of Commerce, and distributed as a special gift to major Chambers of Commerce clients. After completing the recordings for the DVDs, Giacomo De Caterini was so impressed with the performance of the DPA 4017 Shotgun Microphones that he refused to return them to M. Casale Bauer. 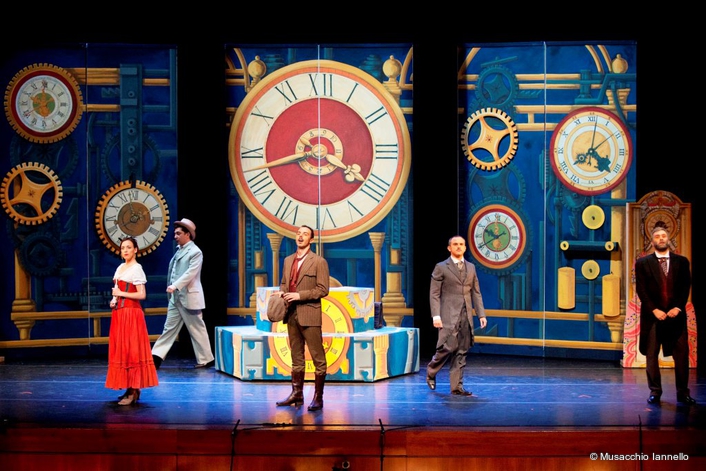 “They were definitely a keeper,” he says, “and they have now joined the Auditorium’s stock of DPAs. I’ve used a lot of DPA in the past - and B&K before them. I love all the classics like the 4006, 4015, 4011 etc., and I also use the DPA miniature microphones for live work, especially the brilliant d:vote™ 4099 Instrument Microphones and the compact cardioid 4021 microphones, which I consider to be the most treasured tools of my trade.”

Recently, De Caterini had the opportunity to use a pair of DPA 4041s (running at 130V with the dedicated preamp) and was completely blown away by their performance.

“They combine the best features of DPA’s classic omnis with the low/mid ability that has previously been the trademark of DPA’s competitors. Using them for the first time provided me with a rare moment of illumination – not to mention an almost irrepressible urge to reach for my wallet!”

Since completing the opera DVD project, Giacomo De Caterini has been working on a number of other high profile recordings including engineering and post-producing a CD of Verdi’s music for EMI Classics, which features the Orchestra di Santa Cecilia with Sir Antonio Pappano.