.
The Monterey Jazz Festival is one of the longest consecutively running jazz festivals and has featured some of the most riveting performances from such music industry icons as Billie Holiday, Etta James and Louis Armstrong since its inception more than 50 years ago.

Since then, the bar has been set high, so that show audiences, which have grown to more than 8,000 at the arena stage alone, now expect the legacy to live on with outstanding performances each and every year. In order to not disappoint, sound engineers work behind the scenes to address the challenges of having to deliver clear sound in an open arena setting with minimal visibility of mics. DPA Microphones’ d:screet™ 4060 Omnidirectional offers just the solution, as its low-profile, natural sound accommodates engineers for every performance or environment. 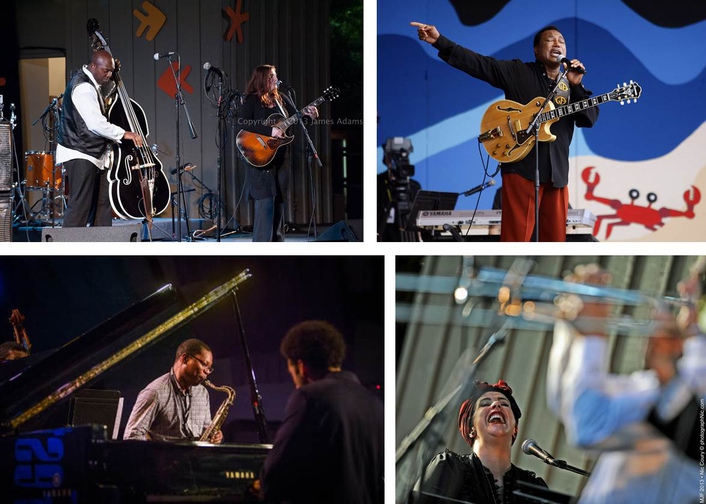 The activity backstage at the annual Monterey Jazz Festival is usually chaotic as several guest engineers rifle through the festival’s audio inventory to select mics best suited to each performance. Among them is Nick Malgieri, one of the festival’s freelance audio specialists, who always reaches for the mic he says he trusts most, the DPA d:screet 4060. With the ability to amplify the most natural sound, the miniature mic is low profile so as not to distract the performers or audience members.

“I was really happy I was responsible for the main stage, because I had first pick of what mics I wanted to use,” says Malgieri. “I have been using DPA at this event for a few years now. Because jazz musicians all have opinions on microphone placement, and prefer something low profile, I love the DPA 4060. It removes that visual barrier for performers and audiences, so they don’t even notice the microphone is there. That means I get to really do my job and put the mics where I want them.”

Originally designed for the live theater setting, and for close-miked instrument applications, the sound quality of the DPA 4060 is an accurate omnidirectional pattern, and therefore does not need to be aimed directly at the instrument to achieve quality pickup. While Malgieri uses the 4060 primarily for the piano, he relies on it to meet his needs amplifying the pure sound of many diverse instruments at the jazz event. 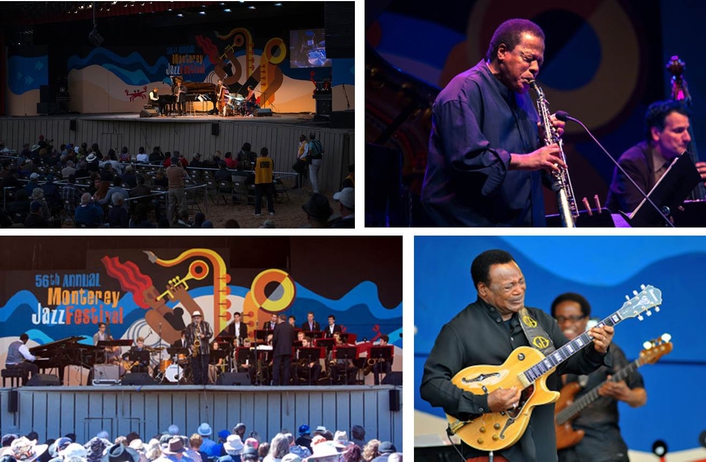 “Every year there’s at least one act that is a large band, especially with a lot of percussion, and loud stage volume,” continues Malgieri. “Traditionally it’s a really difficult environment for sound engineers, particularly monitor engineers. For the DPAs to work well in that environment really speaks to their versatility.”

Malgieri often finds himself sharing his setup with fellow engineers backstage, who at first may question his choices until they hear the difference in a live performance.

“The 4060’s achieve great gain before feedback,” he explains. “Some engineers underestimate the power of an omnidirectional microphone to handle the job for a large stage. They are more used to directional microphones that have less stage bleed, but once they hear the real instrumental tone on a large PA system, they realize the DPA d:screet 4060 sounds more natural than any other microphone, and then they change their minds and are eager to try DPA themselves.” 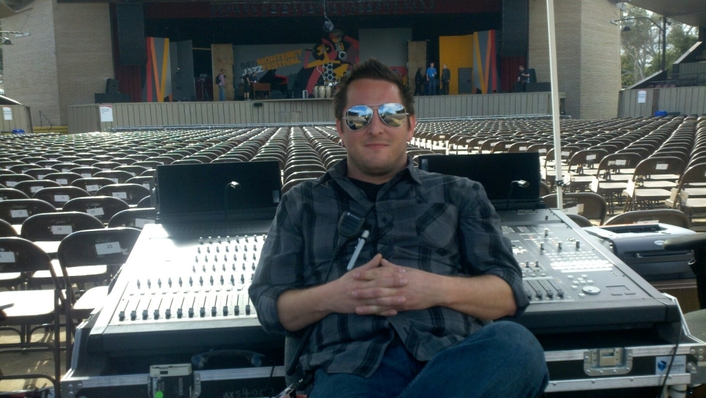 Nick Malgieri, one of the festival’s freelance audio specialists

Malgieri has mixed the past several Monterey Jazz Festivals as a freelance audio specialist for McCune Audio/Video/Lighting. He originally discovered DPA Microphones while mixing in a theatrical setting, and has been a fan ever since.

Founded by San Francisco jazz radio broadcaster Jimmy Lyons in October 1958, the Monterey Jazz Festival features over 500 artist performances nonstop on eight stages for three nights and two days spread on 20 acres of land at the Monterey County Fairgrounds in Monterey, California. The annual event is one of the longest consecutively run jazz festivals.