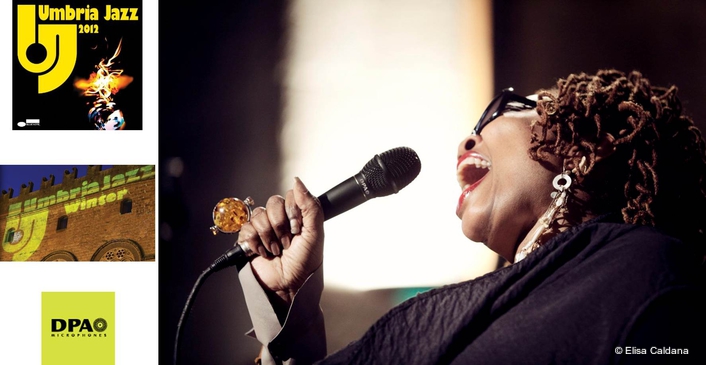 “I’m always willing to try something new. I was introduced to the d:facto during sound checks for the festival and wasn’t at all nervous about giving it a go,” she says. “I was impressed with its sleek look, the way it felt in my hand and the natural pure sound quality that allowed me to vocalize with ease and comfort. It was like tasting something sweet for the first time!”

Salvatore Zocco, product manager at DPA’s Italian distributor Casale Bauer, says: “Gianni Grassilli, whose PA rental company provided equipment and FOH sound engineers for the festival, has long been a fan of DPA microphones and was keen to try the new d:facto vocal microphone on a major project. We provided him with a couple of microphones and he encouraged the artists to use them and give feedback. Dee, who was one of the festival’s headline acts, really embraced the microphone and found it perfectly suited to her technique. On some occasions she was almost three feet away from the microphone, yet it still captured the dynamics of her performance and the amazing precision of her vocals.”

Although Dee Alexander’s talents span every music genre, from Gospel and R&B through to Blues to Neo-Soul, her real love is Jazz, which she delivers with a style and passion that is truly her own. Besides being a phenomenal headliner in her own right, Ms Alexander has performed as the opening act for many of her musical peers, including David Sanborn, Earl Klugh, Gerald Albright, Roy Ayers, Joshua Redman, and the O’Jays.

Dee Alexander's Evolution Ensemble completed a CD entitled Sketches of Light, which was recorded and produced by Umbria Jazz. She is now working on a project focusing on classic songs by artists such as Gloria Lynn, Sarah Vaughan, and Nancy Wilson.

“I used the DPA d:facto for all of my performances in Orvieto and loved it,” she adds. “I can’t thank Gianni enough for introducing me to the d:facto. It captured the essence, quality and natural sound of my voice and I did not have to work hard at all. It truly is a microphone of excellence.”