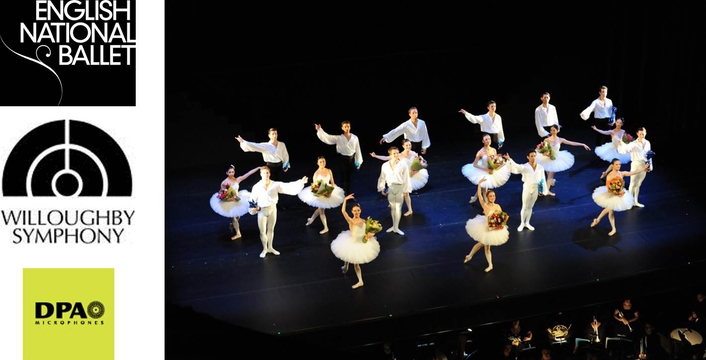 The Transparent Sound Of DPA Microphones Brings The Orchestra Image ‘Out Of The Pit’ In A Natural And Delightful Way
To mark her Majesty Queen Elizabeth II’s Diamond Jubilee, the English National Ballet recently completed a series of 14 sell-out performances at the new 500-seat Theatre at The Concourse Performing Arts Centre in Sydney, Australia.

To achieve a natural effect where the music did not sound over amplified, the venue’s sound designer and production engineer, Owen Ironside, chose a selection of DPA microphones to capture the Willoughby Symphony Orchestra’s performance.

“The Theatre is a very intimate space and my goal was to make the mix as transparent as possible and merely bring the orchestra image out of the pit, sonically speaking, without it sounding like the PA was even on,” Ironside explains. “In total there were 29 musicians situated in the open pit, beneath the stage. To achieve the results I wanted I opted to mic each section with DPA microphones, with the addition of a solo DPA mic on 1st violin, as opposed to a traditional Decca Tree approach.”

“I used directional microphones because the orchestra was situated directly under the PA,” Ironside says. “To mic the venue’s Steinway piano I used the directional DPA d:vote™ 4099P instrument microphone set mounted inside the piano with magnet  holders, making it almost invisible. This was a last minute addition chosen for aesthetic reasons when the director decided to move the piano on and off stage during the performance. I also used DPA Reference Standard 4015A wide cardioid microphones for harp and timpani in order to minimise proximity effect. The harp sounded quite boomy before amplification so I certainly didn’t want to accentuate this. The wide cardioids’ wide pickup pattern also suited the harp and timpani’s wide radiation, while for the single double bass I used a d:vote 4099B instrument microphone. This allowed me to close mic and gave me maximum control within the mix.” 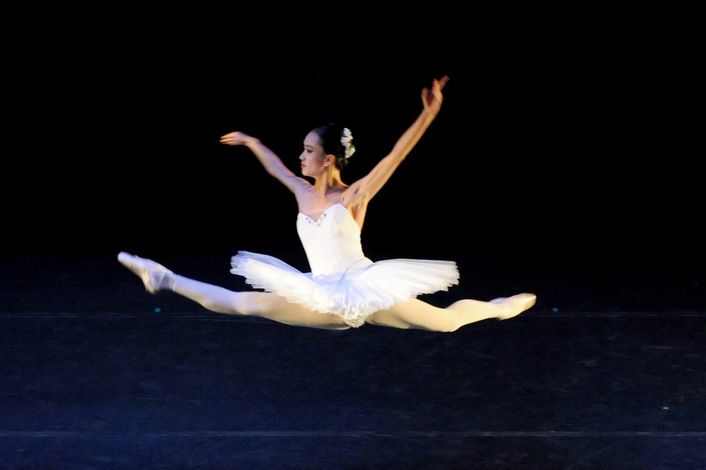 The combination of Owen Ironside’s attention to detail and the superb audio quality of the DPA microphones won much praise from the audience, performers, musicians and venue staff.

Gavin Sutherland, Music Director and Conductor for English National Ballet, says: “I was extremely impressed with the sound engineering for the Willoughby Symphony pit orchestra in the Theatre at The Concourse. The sound emanating from this moderately sized pit of 29 players, out front (in the auditorium) has a fulsomeness, richness and clarity worthy of some of the larger pit orchestras in Europe. A great natural sounding result was achieved.”

Following the success of the English National Ballet performance, the Concourse Arts Centre has increased its stock of DPA microphones by investing in 10 d:fine headset microphones, which it is using for musical theatre productions, and is also considering investing in different capsules for its Reference Series microphones to use during recording in its Concert Hall.