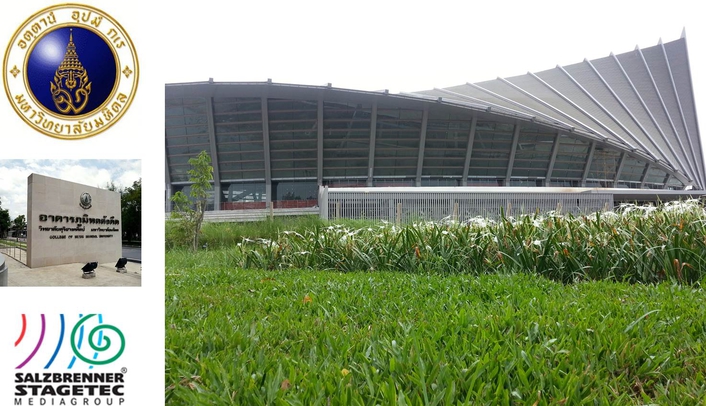 The constructors awarded planning and installation to the Munich engineering company Müller BBM as general planners and the MEDIAGROUP as general contractor and system supplier. The pro-audio company from Buttenheim, Germany, was brought in to equip the hall with digital audio, communication, video and media technology. Installation included components produced in-house and high-quality third-party products. This project had a very tough time schedule. A prior delay left less than 12 months to finish the entire project from planning to completion. An ambitious goal, which the MEDIAGROUP's team of 15 achieved. 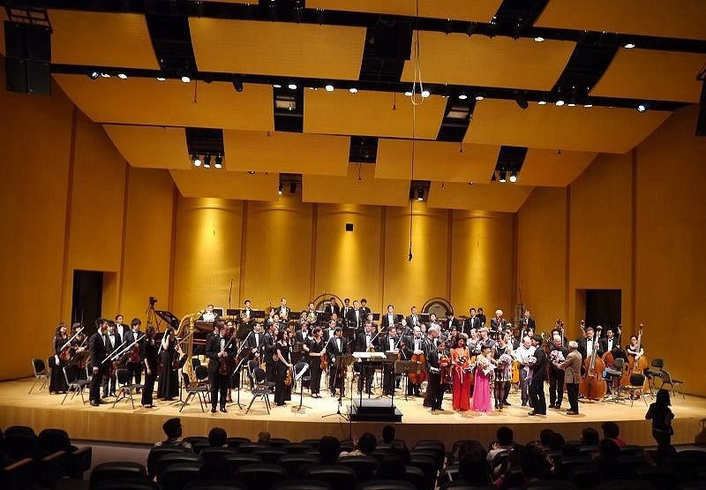 The Mahidol concert hall is now equipped with two POLARIS touch mixing consoles and a large audio network made up of one NEXUS STAR, five stationary and one mobile Base Devices. The new communication technology is basing on a stage management desk with access to five HD cameras and an oratis intercom system by DELEC.  The university also opted for a Black Magic video router for the video network designed consistently for 3D HD-SDI as well as other highlights such as a Christie beamer with 35 000 ANSI lumen for the hall and a state-of-the-art digital signage system with 16 monitors in the lobbies. The two identically equipped POLARIS touch mixing consoles are located in the FOH in the large hall, and in a HD recording studio used for CD and DVD production. The FOH console forwards signals to a sound reinforcement system with its speakers concealed in the ceiling panels, which thus does not spoil the visual appeal of the hall or the acoustics during concerts without electro-acoustic amplification.

"The Mahidol University values cutting edge digital audio, video and media technology from one source that is easy and intuitive to use. The touch screen controls in our Polaris consoles won their audio team over immediately – not least because due to their excellent integration into NEXUS, the consoles combine tried and tested quality with a wide range of optional upgrades. We created a top class system equipped for all current and future tasks in a concert hall of this stature", explained Mr Rainer Hettwer, project manager at the MEDIAGROUP.