dbn is Switched On 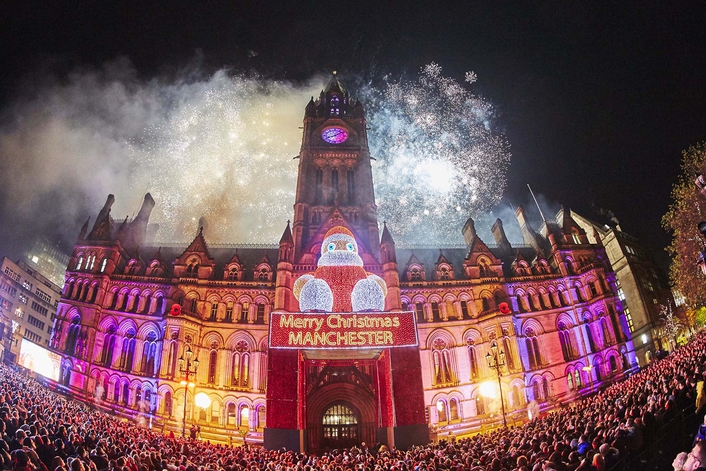 dbn Lighting provided full illumination for the 2015 Manchester City Centre festive lights switch on, getting the pre-Christmas party in the north-west off to a rocking start. The event was hosted by popular local radio station Key 103’s Debbie Mac with iconic long-running soap Coronation Street stars Kym Marsh and Catherine Tyldesley. Record crowds – estimated at around 20,000 - were entertained by Scouting for Girls and Lemar, the casts of Cinderella and The Sound of Music, both currently playing in the city, together with a local choir.

dbn has been involved with the fun-filled event for the last 6 years and this year Nick Buckley once again designed the lighting and co-ordinated everything on site. The stage moved to a new position on the Princes Street side of Albert Square, right in front of the imposing Victorian Gothic architecture of Manchester Town Hall, which is now juxtaposed behind a gigantic scenic Father Christmas in the run up to the holidays! 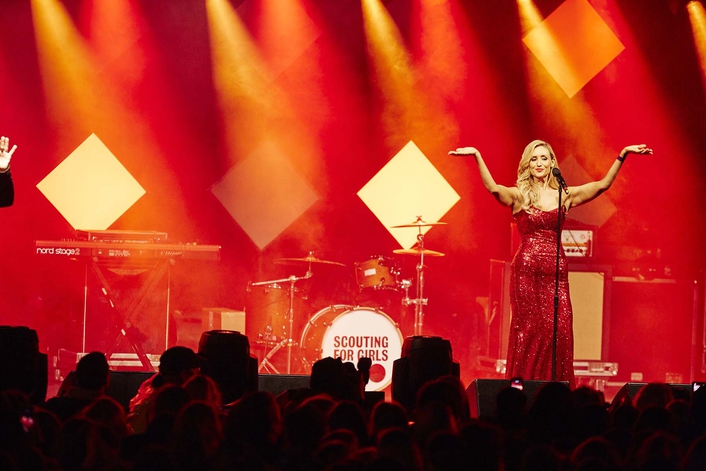 The brief this year put more emphasis on lighting the audience than in the past. This was to pull them into the action and include everyone packing the space, even those further away from the stage, so the overall lighting design encompassed both regular stage lighting plus environmental.

Audience lighting comprised 16 x SGM P5 LED floor fixtures strategically distributed around Albert Square mounted on frames that clamped to the masts of four well positioned lamp-posts. This rigging process was developed by dbn as a quick and practical solution to get lighting units exactly where needed to have the right effect.

The P5 was chosen as a lightweight yet punchy unit to produce a nice rich and even colour wash across the audience area.

These were joined by 12 x Clay Paky Mythos’, six rigged on the bases of the PA delay tower risers in the middle of the audience area at about 6 ft. high making them ideal for skimming above the audience heads. The other six were on the ledge of the Square’s central Prince Albert memorial monument approximately 5 metres high, and at an ideal angle to contrast with the other Mythos.

“The P5s and the Mythos complimented each other very well,” explained Nick, “It was important to get this element right – to bring a sense of occasion to the space and ramp up the atmosphere and vibe with lighting …. but without over-doing it!”

On the stage, another 12 Mythos were rigged, six upstage in the air and the other six on the downstage edge of the floor. 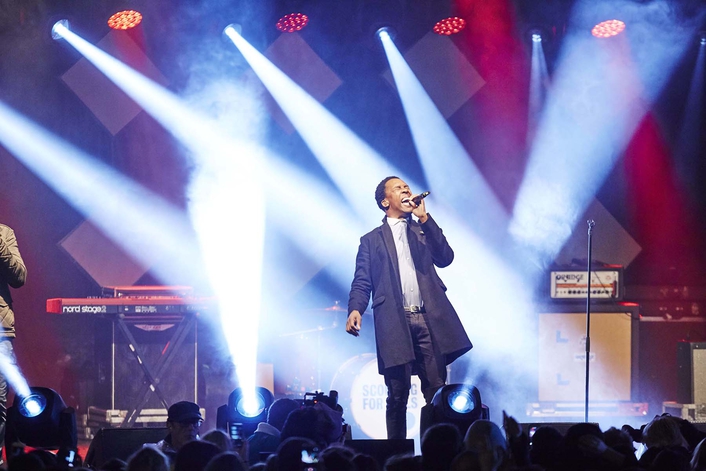 Upstage, seven CP a.LEDA K10 washes with B-Eye lenses were rigged on the truss either side of the row of Mythos’, and the mid-truss features another three K10s B-Eyes.

On the front truss were four ARRI fresnels and two profiles as key light for the presenters and the singers. Also on this truss were another eight P5s to cover the area of audience lighting immediately in front of the stage.

All of these were controlled via a Jands Vista S3 console operated by Nick.

To create some additional set eye-candy, add a bit of atmosphere onstage and avoid ‘black-hole syndrome’ for the cameras - as the event was also internet streamed – Nick created a bespoke arrangement on seven truss towers which were fitted with individually dimmable LED panels.

Gelled in festive red and green and mounted on their diagonals, this produced a very cool and cost-effective ambient light-box backdrop. 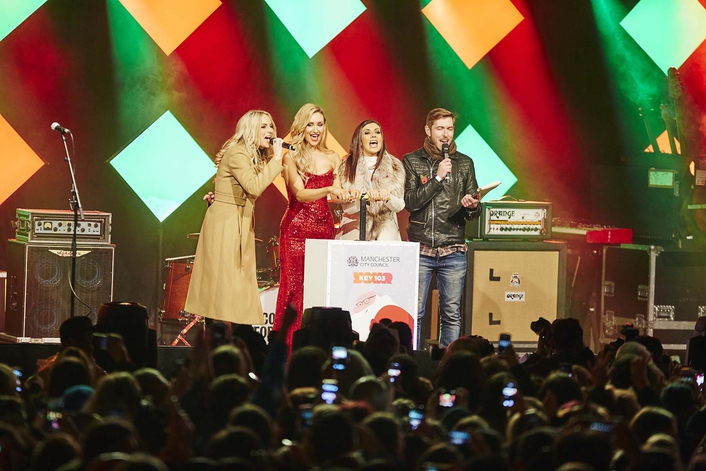 “It was great to work on another switch-on,” sums up Nick. This one was reckoned to be one of the best yet according to social media chatter and kicks off the great pre-Christmas tradition of Saturday nights out in the city, helping Manchester maintain its reputation for being THE festive capital of the UK!