.
It's rare that a complex evolution leads to an effective solution, yet the China Broadcasting Performing Arts Group (CBPAG) has forged a laudable reputation, both at home and further afield. CBPAG did much to further the value of Chinese live arts to a worldwide audience in the years when relations were more contentious than they are today.

Run by a fully professional management team funded through a special dispensation from the State Council of the People's Republic of China, CBPAG is charged with a noble task; to apply a national level performance group to the construction of Socialist civilisation. This has seen it present regional small scale performances that sustain fundamental Chinese art at local level; folk and humour amongst them. At the same time it has produced world class presentations worthy of its name; truly an organisation capable of being all things to all people.

As the leading comprehensive cultural group in China today, and with living standards rising ever higher within China in this modern era, the management determined a new high quality PA system was required. CBPAG undertook an extensive survey, travelling far and wide to judge and evaluate what audio systems were available, and which of them were establishing the highest standards. "Among others, we visited Sydney Opera House and the Grand Theatre de Quebec," said Mr. Lv Haiping, Director of stage art engineering department. "Both houses have a d&b J-Series system and these impressed us a lot."

d&b China arranged a J-Series for trial presentations and CBPAG subsequently made a purchase. "We were impressed by several factors; real sound reproduced naturally with rich layers; extraordinary dynamic bandwidth, so important to traditional Chinese classical compositions. Also it presents impressive power capability and extended headroom. CBPAG tours extensively and at an operational level the system is easy to handle, compact in size for its performance capabilities, easy to transport, and fast and easy to install." 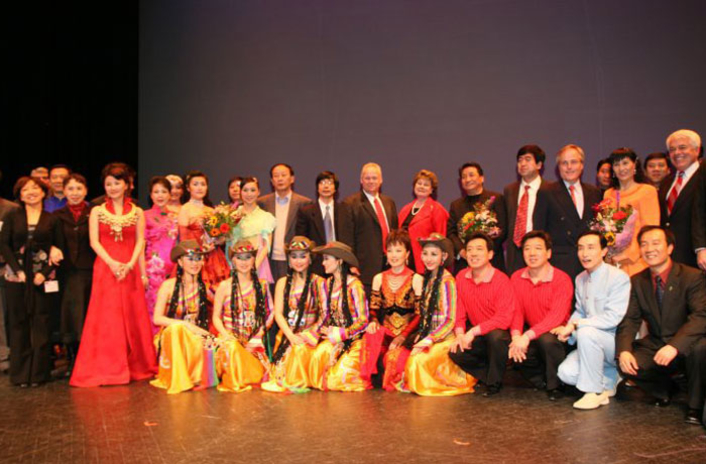 Let it d&be: Reproducing Fifty Years of Music
Twenty Four Days on the Front Line for d&b
Okinawa Qs up for Basketball