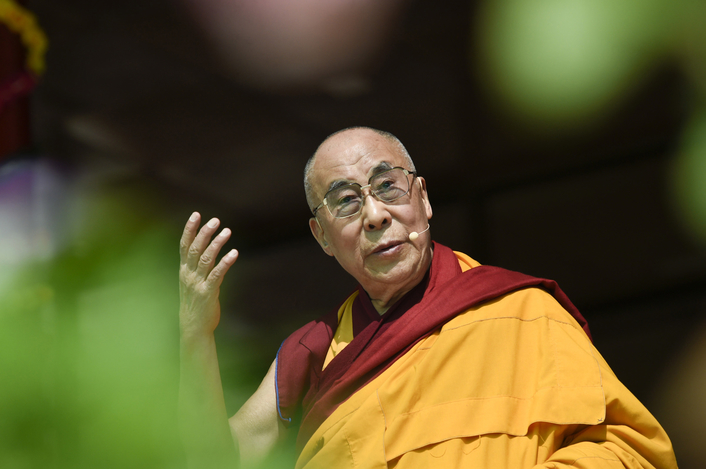 Reynolds Sound & Lighting Services relied on d:fine™Dual-Ear Cardioid Headset Microphone for the 10-day Buddhist ceremony
Earlier this year, His Holiness the Dalai Lama hosted Kalachakra, a religious event that takes place at various locations around the world every few years. With a now 79-year-old religious figure at the helm for the nearly two-week long Kalachakra 2014 prayer meeting, high importance was placed on finding a microphone that would project his voice to the nearly 200,000 followers who attended. The solution was found in DPA Microphones’ d:fine™ Dual-Ear Cardioid Headset Microphone, which was supplied from the company’s US office. The microphone was such a success that it is now the preferred microphone for His Holiness for all of his speaking engagements.

As the sound company of choice for the Dalai Lama, Reynolds Sound & Lighting Services supported this year’s prayer ceremony, which was held in Ladakh, up in the Himalayas, nearly 5,000 meters above sea level. In addition to braving the treacherous travel to the location, the audio team from Reynolds was also faced with properly miking a person who would be speaking for long periods of time and whom they themselves could not physically contact.

“One of the biggest challenges for us was that the Dalai Lama would speak for about five hours every day, so we needed a high quality microphone that would provide excellent gain before feedback, excellent off axis rejection and low noise floor,” explains Felix Remedios, owner of Reynolds Sound & Lighting Services. “This event focuses on His Holiness speaking to a crowd of 100 to 200 thousand people over a period of 10 to 12 days. This would be stressful on anyone’s voice, and required the assurance of long term comfort and the ability to maintain critical placement. The DPA d:fine made it possible for us to ensure that his voice was loud and clear, and that all of the attendees could hear every word he spoke.”

The Kalachakra 2014 event was held in a field equivalent to the length of four football fields, with the audience almost a kilometer away from the stage. “We had to be really careful to ensure that his voice was heard across the whole venue,” explains Remedios. “In addition to needing perfect reliability, given only one mic for a large audience, there was a high level of stage monitoring requirements for the surrounding Monks. I had contacted my friend and colleague Ron [Lorman] in New York, and explained that I was unsure that my previous mics would have the amount of gain that I needed. We additionally discussed the unique monitor needs for this event, as it was mandatory that the source element provided a flat response with substantial rear rejection. Ron recommended the d:fine products and he put me in touch with the company during a visit to the US. DPA Inc. supplied me with four mics to try out, which I brought back to India. My team was extremely happy with the quality.”

Once the mics traveled up into the Himalayas, Reynolds’ audio team, led by Sound Engineer Suresh J, were able to put them to the test for the first time. “We chose to use the cardioid version of the mic for the Kalachakra,” adds Remedios. “We had never used DPA mics before, but one of the first things we noticed was that there was no coloration in the signal. His Holiness’ voice sounded extremely natural and transparent, and we were able to get the gain levels we wanted. The DPA d:fine is certainly a big quantum leap from what we are used to, both in signal levels from the mic and overall quality of the design.” 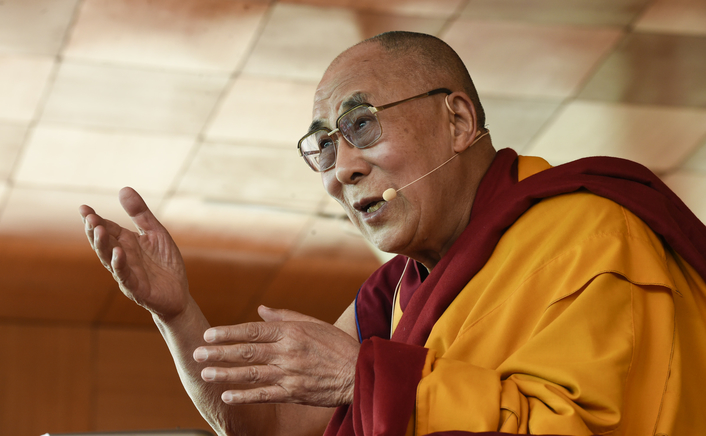 In addition to the location of the prayer meeting, the overall setup of the stage and personal preferences of His Holiness also provided a unique set of challenges. The Dalai Lama sits on a high throne, surrounded by several senior monks both in front of and to each side of him. “Since we have worked with him for several years, we know that the microphone must always be placed beside him on stage so he or a member of his team can put it on him,” continues Remedios. “In order for a mic to get the perfect amount of gain it must sit exactly in the correct position. Luckily, the DPA d:fine is designed in a manner that even an untrained person can affix the mic. The Dalai Lama’s media team representative, Jigme Tsering, was able to fit it onto His Holiness each day. It worked out so well that on the last day the Dalai Lama put the microphone on himself and was very pleased.” 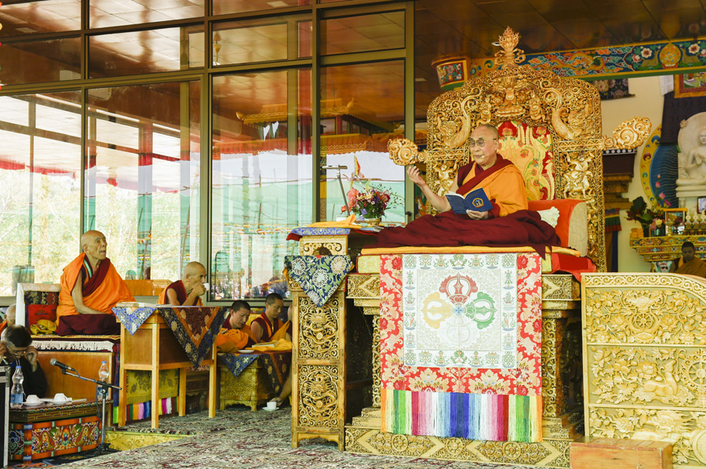 His Holiness wasn’t the only one impressed by the DPA d:fine Headset Microphones. “The Dalai Lama’s media team was so pleased with the quality of the microphone that they asked to keep it for his smaller prayer meetings,” concludes Remedios. “Of course we obliged and gifted them one. We also decided to follow suit. As one of the largest audio rental companies in the country, we work with the biggest corporate houses for several important, large-scale events. We plan to use DPA on all of them. It is definitely going to be our microphone of choice moving forward.”