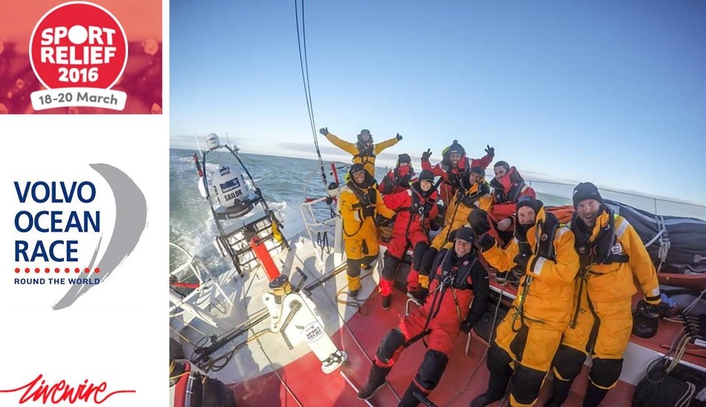 VOR65 yachts are designed for speed not comfort, and sailors and equipment alike must be capable of taking a 24 by 7 pounding. The on-board equipment needs to survive the physical battering as well as the corrosive nature of salt water. Couple this with a working environment that is noisy, cold, cramped, damp and moves in three dimensions and it is easy to see why it is named the “broadcast studio from hell”. Two highly experienced “on board reporters” (OBR’S)  Matt Knighton and Sam Greenfield were tasked with making sure that all angles were covered. 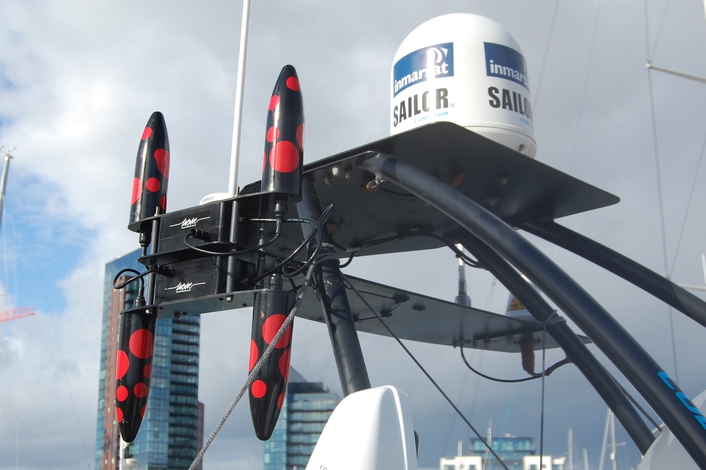 All equipment, including the four 1080i custom waterproof HD cameras and waterproof microphones, are powered from the yacht’s 24V DC battery bank; the media workflows have to be simple and always come with a backup plan.

The communication system is key and can make use of all available links. This means using cellular when close to shore combined with satellite links when in isolated waters. Not just for media, the communications system is also used for downloading weather files, delivering real time telemetry and providing Internet access for the crew and celebrities.

Access to the Internet is through the “services” shown on the right hand side; two Inmarsat Fleet Broadband satellite terminals and four cellular modems. The yacht side network has a wired LAN and a wireless access point mounted on the stern of the yacht.

The “Network Controller” in combination with “RazorLink” manages the “services”. The Network Controller is responsible for establishing the appropriate satellite connections and managing the different types of traffic generated on board.

RazorLink “bonds” the satellite terminals and cellular services, making more bandwidth available to the on-board systems. In addition it accelerates data transfer by overcoming the inherent issues of satellite delay and cellular packet loss. This allows on-board systems to optimise use of the available bandwidth. When the yacht is within cellular coverage data rates in excess of 40Mbps were available. As cellular coverage drops off, the Inmarsat services transparently become the main stay, RazorLink bonds the data services of both the FB250 and FB500 satellite terminals, providing in excess of 500Kbps to the on-board systems from virtually anywhere in the world. 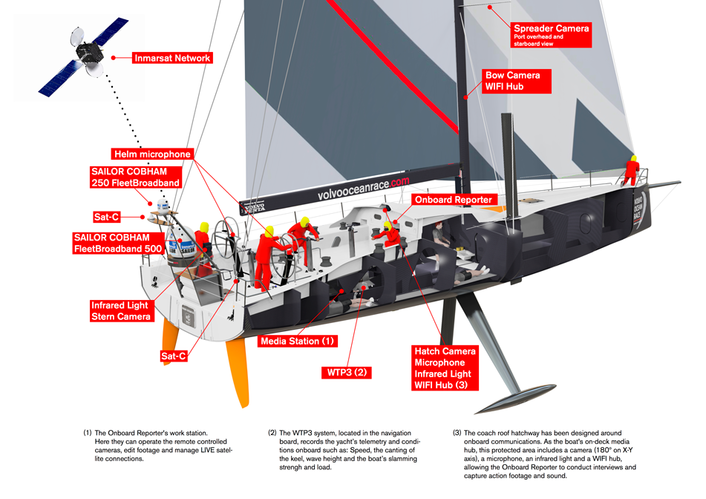 The Inmarsat terminals offer telephone and a range of data services. The Media Station makes use the “background” data service for general file transfer and Internet access, and the “streaming services” for Live video feeds. The streaming service guarantees a particular Quality of Service (QoS) and bit rate. For the Sport Relief challenge, Inmarsat made changes to the satellite network to allow the FB500 terminal to establish 384Kbps streaming connections. Previously, the fastest Fleet Broadband streaming service was 256Kbps, so another “first” providing higher quality live feeds.

The on-board system was configured to deliver both Live and File based media to the BBC’s RazorLink enabled M-Link server.

File based media was encoded as H.264AVC at 4Mbps, a good compromise between quality and the transmission rates of the Fleet Broadband terminals.  Higher encoding rates were chosen when in good cellular coverage.

Live feeds could be operated directly over the Inmarsat Fleet broadband services at up to 384Kbps, but where there was good cellular cover RazorLink allowed full HD profiles to be used that adapt to the network conditions.

Operating media and satellite equipment on a racing yacht will always be very challenging and an important aspect is line of sight. The OBR could examine a 3D model of the yacht showing the line of sight to the satellite for each terminal in real time. 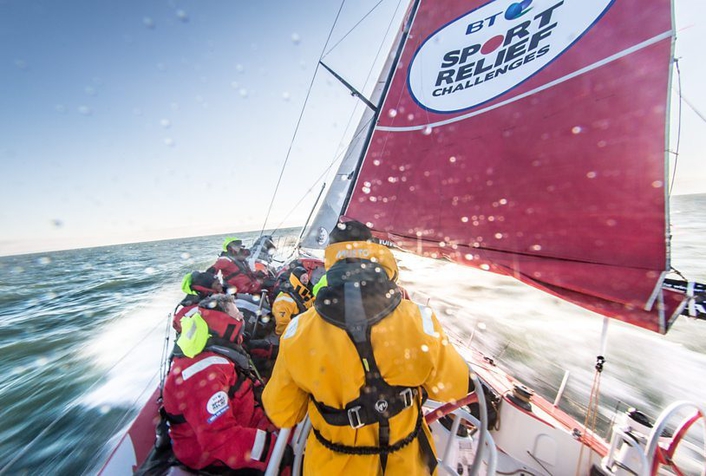 The RazorLink enabled media system was used to great effect during the challenge; moments of high drama were captured using the delay line. Daily live interviews were conducted during the One Show throughout the week, these were complemented by store and forward footage that had been captured, edited and transmitted during the day.