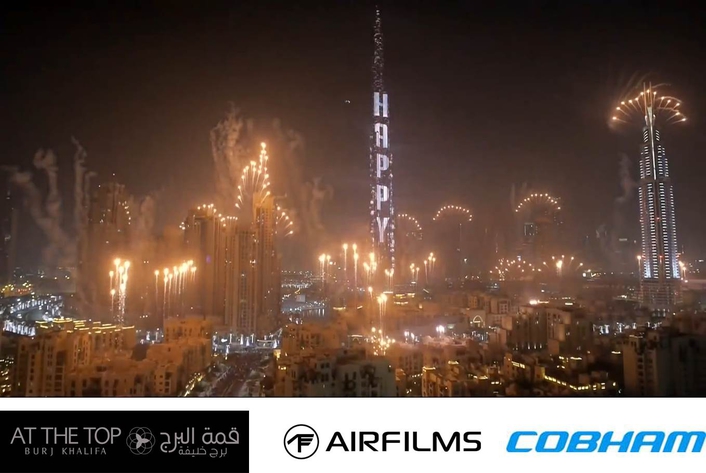 Airfilms Productions Managing Director Bart Hartge said, “You only get one shot at a fireworks display. Couple that pressure with a world-record attempt and you have to be pretty confident in your equipment.

“We successfully used the drones for fireworks displays in the past, notably for Qatar’s National Day last year. We rehearsed in a similar, but more extensive fashion for the Dubai gala, without the fireworks of course. The quality and stability of the images are breath taking and can be readily seen online. It was a remarkable display that Cobham’s technology helped us to capture flawlessly.”

About Airfilms Productions
Airfilms Productions B.V. is one of the three business units of AceCore Holding and is focused solely on aerial productions. From 5K cinema to live broadcasting, from the desert to the biggest mountain in Europe, Airfilms has done it all.  The Airfilms Productions team has produced in more than 16 locations in the world in only two years. In 2012 the company opened its doors in Qatar, in 2013 in Belgium and at the beginning of 2014, South Africa.