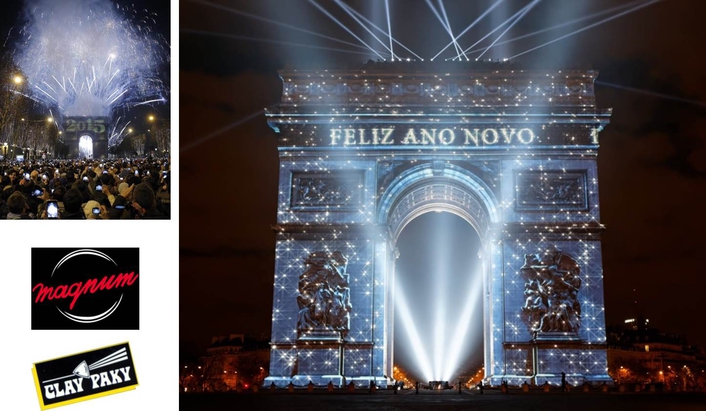 .
New Year’s Eve 2014 saw the city of Paris put on a spectacle at the midnight countdown for the first time. Lighting designer Jeff Freeman employed Clay Paky SuperSharpys to illuminate the iconic Arc de Triomphe for the festivities, as hundreds of thousands of revellers congregated in front of it or watched at home on television.

The Comité des Champs-Elysées commissioned the project as, according to culture official Bruno Juillard, the city’s authorities are aware it doesn’t usually join in with the likes of London’s fireworks or New York’s ball drop in Times Square. The display saw the monument spectacularly video-mapped, with Freeman using 18 of the super powerful Clay Paky fixtures, supplied by rental company Magnum, to complement the visuals.

“Our creative brief was clear – we had to support the video projection,” explains Freeman. “The head of Magnum Jerome Chupin and art director Martin Arnaud of Les Petits Français made the decision to use the SuperSharpys, as the light sources had to be powerful enough to cover the colossal monument, but soft and accurate enough not to impair the projected visuals.”

Also supplied by Magnum, the projection-mapped display highlighted the Parisian ‘art of living’ and environmental issues, in recognition of the international climate change to be hosted by France at the end of this year. 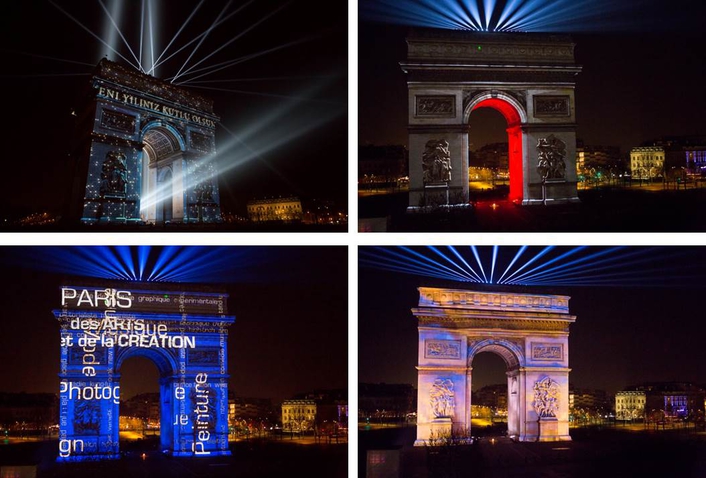 “From experience, I am well aware of the creative requirements of projection mapping large structures and monuments,” continues Freeman. “It all has to tell a story, with the sound and light enriching it to ensure it’s emotive and engaging for the audience. This is why the SuperSharpys were the perfect choice; they were powerful enough to sharply illuminate the Arc de Triomphe and marvel 600,000 attendees, whilst also being extremely reliable.”

The SuperSharpy boasts a 470W lamp, making it three times brighter than the original Sharpy. It provides the utmost in terms of light quality and optics and can deliver a number of effects and stunning colour. 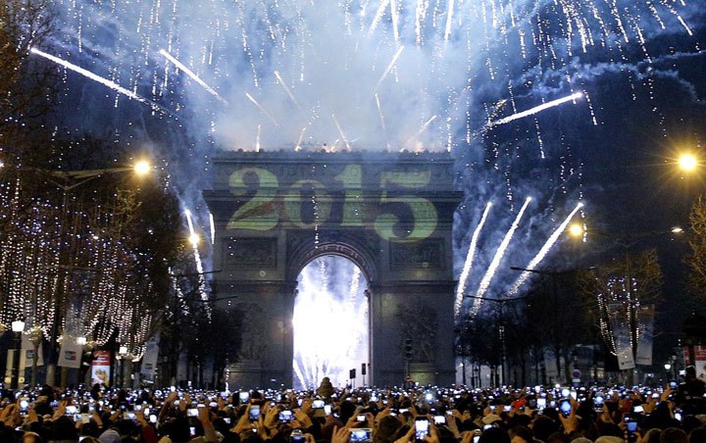 The Champs-Elysées remained closed throughout New Year’s Day for a circus-themed parade featuring floats and bands.