.
The 2013 Olivier Awards saw the new Clay Paky Sharpy Wash 330s take charge of their first event since they became a recent addition to White Light’s ever growing arsenal of entertainment technology.

For the third year running the Awards, which were broadcast from the Royal Opera House’s glittering auditorium, were lit by respected lighting designer Ben Cracknell.

Lighting designer Humph McDermott continued the lighting theme outside on the Radio 2 Stage, where special live performances and live streaming of the Awards were watched by hundreds of theatre fans on the Covent Garden Piazza. 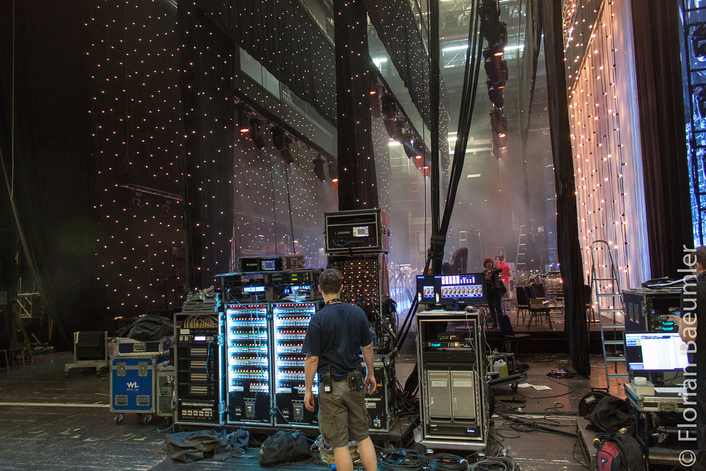 And it was outside that the brand new Sharpy Wash 330 came into its own. McDermott used them, alongside Sharpy Beams, to cut through the daylight and brilliantly complement the sparkling theatrical atmosphere inside the Royal Opera House.

Radio 2 hosts for the evening, Claudia Winkleman and Michael Xavier, introduced stunning performances from hit shows: Billy Elliot The Musical, Matilda The Musical, The Phantom Of The Opera and Wicked, Burn The Floor, Potted Potter and last year’s nominated street dance show Some Like It Hip Hop. 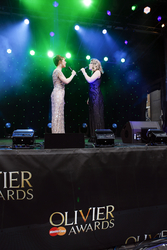 McDermott needed a super bright fixture to cut through the daylight as he explains: “I chose the Sharpy Wash 330 primarily because it was a daytime event and I was already a fan of the Sharpy Beam from using it as part of my design for ‘Let It Be’. The Sharpy Wash 330 was extremely useful in generic looks, but also versatile enough to deliver great beam looks for the Loserville band number. It was also wide enough for general front light cover and I even used them as TV front light for presenter Michael Xavier who was stood on a balcony 30 meters away from the stage. The beam was clearly visible, even in broad daylight!”

Meanwhile inside, as the creative masters of the theatre received their awards, Cracknell, used an array of Sharpy Beams to bring the show’s performances from the Bodyguard’s Heather Headley and many other West End shows to vibrant life.

“I used the Sharpy Beams on either side of the stage, by the proscenium, to create beams for camera cross shots, plus a fair few in a trough just DS of the orchestra. These provided an element of separation between the performance space and the musicians. I also used the Sharpys upstage on a flybar with both a low dead for 'Up’ looks and a high dead to allow the beams to focus down into the performance area as backlight.”

Cracknell used the Sharpys to deliver a creative mixture of the now famous mid-air monolithic beam looks alongside some more delicate and subtle scenes. He used gobos and prisms to create a horizon to the performance area and bring context to the hit show performances on stage.

“What’s great is that I can achieve fantastic mid air beam looks without the need for a lot of haze, says Cracknell. “This is a particular plus for TV broadcast where too much haze in the air can muddy pictures. I also like the fact that they are small yet pack a real punch. They have fast colour and gobo change and are very reliable.” 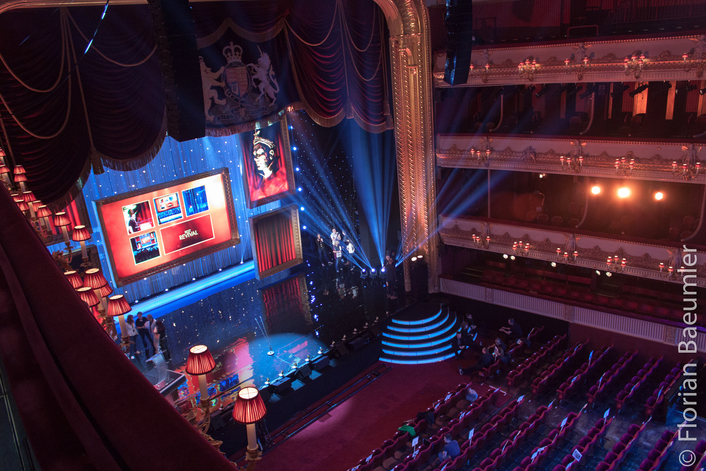 The lightweight, fast moving fixtures were also ideal for the Olivier Awards because of their superior brightness and compact size. Alex Passmore, lighting programmer for the awards discusses: “The simplicity of the unit, combined with the reaction speed of the various features means that a wide variety of looks can be quickly and efficiently delivered in a tight programming schedule.”

And, as Hire and Technical Director at White Light, Dave Isherwood, explains, he sees a greater significance in White Light’s acquisition of new technology: “As the industry comes together to celebrate the work of theatre artists each year at the Oliviers, here at White Light we feel one of the best ways we can support that is to continue investing in the latest technology so designers, technicians, and all of our customers have the best tools available everyday.” 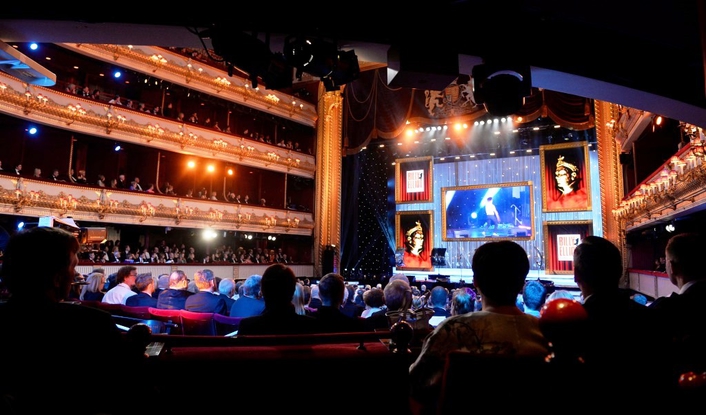 Broadcast from the Royal Opera House in Covent Garden on Sunday 28 April, live performances came from some of UK Theatre’s top performers. This year White Light sponsored the Olivier Award for Lighting Design and was delighted to see Paule Constable win the much-coveted award for her work on The National Theatre’s critically acclaimed production of The Curious Incident of the Dog in the Night-Time. The show, which opened at the National’s Cottesloe Theatre and is now running in the West End’s Apollo Theatre, won a total of seven Awards including Best Lighting.