Cirkus Cirkör at Peace with Robe 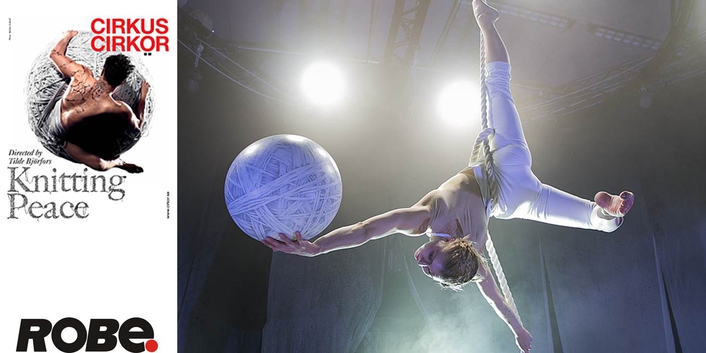 .
Renowned for their original, intimate, exciting and thought-provoking work, Cirkus Cirkör was Sweden’s first circus groups of the genre. Under the artistic direction of Tilde Björfors, it mixes elements from street theatre, rock videos, theatre, dance and film into its shows. The company tours extensively worldwide and is based in Alby, south of Stockholm.

Lighting is an absolutely integral element of Cirkus Cirkör’s work. It’s used to emphasise the drama, the seat-edge acrobatics and sheer physical power, emotion and aesthetics of the performance.

Lighting for “Knitting Peace” is designed by Ulf Englund, and the new Robe’s – five MMX Spots and 16 LEDWash 600s – were specified for this show by him and Cirkus Cirkör’s Technical Producer, Stefan Karlström.

“They are well specified lights and fitted our budget,” says Karlström, explaining that before they made the purchase, both he and Englund had heard many good reports about Robe especially about the reliability of the brand, which helped cement their decision.

Apart from that, using 21 Robes is a much faster, dynamic and far more practical solution then using hundreds of conventionals!

The Robes are currently the only lights on the show. They are rigged onto the custom trussing structure which is also used by the performers and for various props, with some units placed in the floor.

This enables Cirkus Cirkör to be completely self-sufficient. Their crew can rock up at any venue or performance space and have their show area and technicals exactly the same each time – all they need is power!

Even that request is expedient using the MMXs and the LEDWashes which are extremely power efficient – designed to Robe’s ‘smaller-lighter-brighter’ concept.

Owning their own lighting will also save Cirkus Cirkör a substantial amount of money – in the past they have hired in kit for their tours – which can last between two and three years! 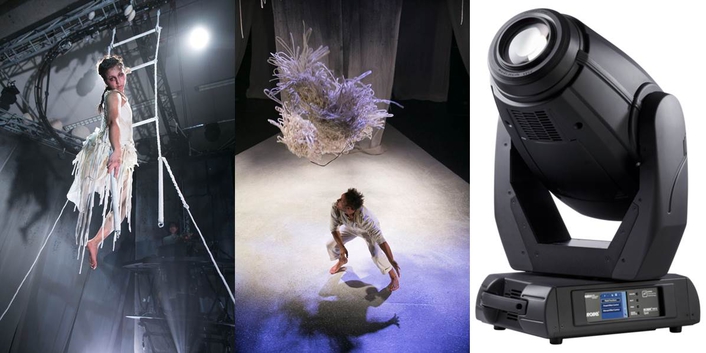 Lighting for “Knitting Peace” is being co-ordinated on the road by Fredrik Ekström who is operating the lightshow using a Hog PC console. He also has previous experience of using Robe fixtures and is really happy to have them on the tour.

“Knitting Peace” received its world premiere at the La Seyne sur Mer Festival in France and is now working its way around Scandinavia at the start of its world touring schedule … asking if it is possible to actually knit peace?

Can a worldwide knitting for peace movement make a difference?