Chyron Graphics Fit for a Queen 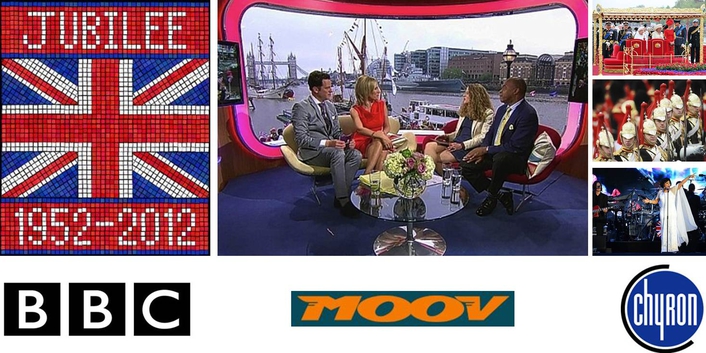 The historic and significant four-day celebration marked 60 years since The Queen's accession to the throne and included a variety of events such as the Epsom Derby on June 2 and the Thames Diamond Jubilee Pageant on June 3. During this extravagant nautical event, The Queen floated down the River Thames on the royal barge accompanied by more than 1,000 sailboats, vessels, and barges. On June 4, a star-studded concert at Buckingham Palace was held featuring live music and dance performances from Shirley Bassey, Alfie Boe, Jools Holland, Elton John, Tom Jones, Annie Lennox, Paul McCartney, Kylie Minogue, and Stevie Wonder. 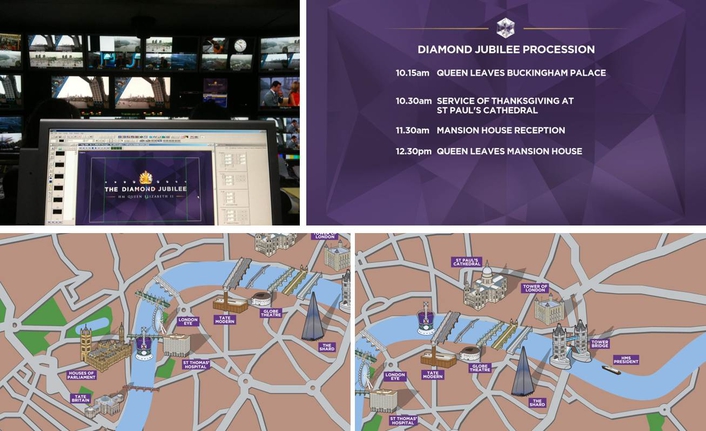 "We rely on Chyron graphics for many of the U.K.'s highest profile events, and this historic, once-in-a-lifetime celebration of Queen Elizabeth II's reign was certainly no different," said Duncan Foot, co-founder of MOOV. "During the four days of events featuring concerts, parades, ceremonial processions, and more, we used Chyron's HyperX³ and LyricPRO graphics software to create and play out specially branded graphics for the BBC's live coverage watched and enjoyed by viewers around the world."

Through the use of Chyron's solutions, MOOV supported the BBC's live multichannel coverage by providing on-screen graphics containing information about key people and places seen during the numerous Diamond Jubilee ceremonies, parties, and processions. In addition to providing lower-third graphics and animations, MOOV provided a live tracking map showing the Queen's barge as it made its way along the River Thames route. 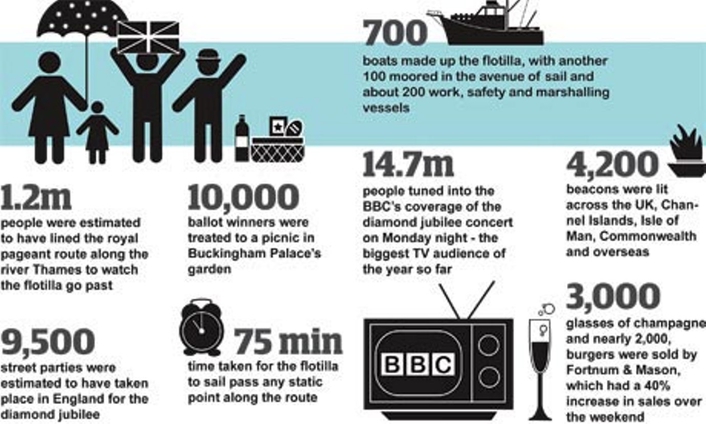 "The Diamond Jubilee and all of the exciting events that took place required broadcast programming that was just as exciting and visually appealing for viewers who were watching at home," said Matt Hughes, regional sales director, EMEA, at Chyron. "We are very pleased that MOOV relied on our award-winning solutions to create compelling on-air graphics for one of the world's largest and most respected broadcasters during such a historic occasion."

Clay Paky Waves the Flag ...for the Queen’s Jubilee
CT Brings Jubilee Celebra... to the Streets of London
MOOV and Sunset+Vine Take...yron HyperX3 to the Races