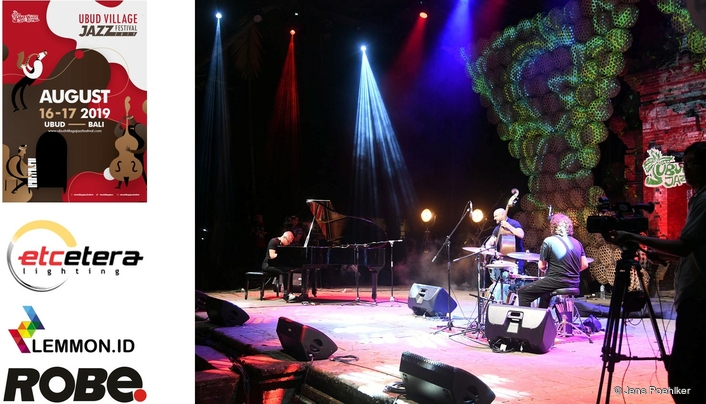 The seventh Ubud Village Jazz Festival (UVJF) was staged at the Arma Art Museum in the fertile and beautiful Bali Uplands, Indonesia, welcoming a host of fabulous local and international artists. They and an enthusiastic audience embraced the true spirit of jazz presenting a wide range of genres and styles, celebrating the art of improvisation in a peaceful and harmonious setting, tagged CERTAINLY! INDONESIA.

As the event has gained status in the jazz world, the production values have steadily increased. This year event curator Yuri Mahatma, gave a clear brief about the ambience he wanted to see and achieve on all of the stages., which was interpreted by set designer and artistic director Klick Swantara who also co-ordinated the production lighting design for the main ‘Giri’ Stage. 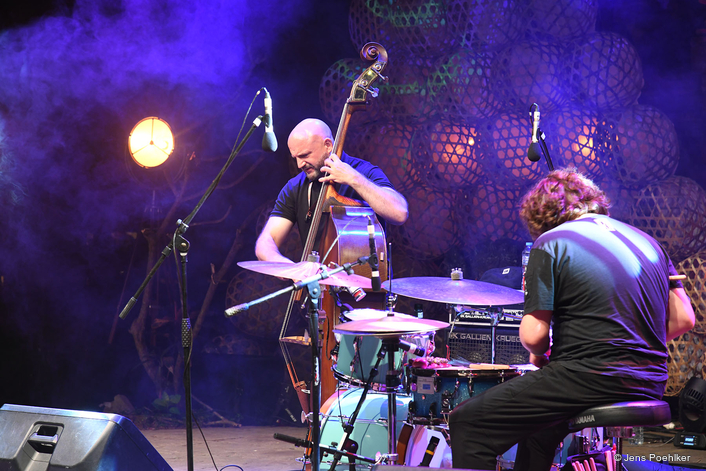 The general focus was on uniting the lighting and scenic elements in a seamless design that combines luminosity and colour with pixel mapping and projections onto the set which was inspired by Balinese temple architecture and constructed from traditional hand-crafted baskets flown from trusses and sculped into a special formation.

This looked incredible when lit from front or behind or when used as a projection surface where it took on a new 3D spatiality, especially as darkness fell. The whole set up also looked interesting and photogenic in its own right in the daylight.

The lights were positioned all over the stage roof rigged on a series of trusses.

The event’s goal was also to be eco-friendly and sustainable, so, where possible, local companies, services and products were sourced and utilised.

All the stages were located outdoors and made use of the venue’s natural surroundings including traditional Balinese architecture and the extensive gardens. The visuality of each stage was carefully crafted to reflect an essence of the area’s renowned handicrafts.

The LEDWash 300+ was an ideal luminaire that ticked all the ‘green’ boxes and was bright, punchy, small and lightweight … and perfect for covering the stage area. The limited amount of fixture positions needed an adaptable moving light to cover all the base stage washes. 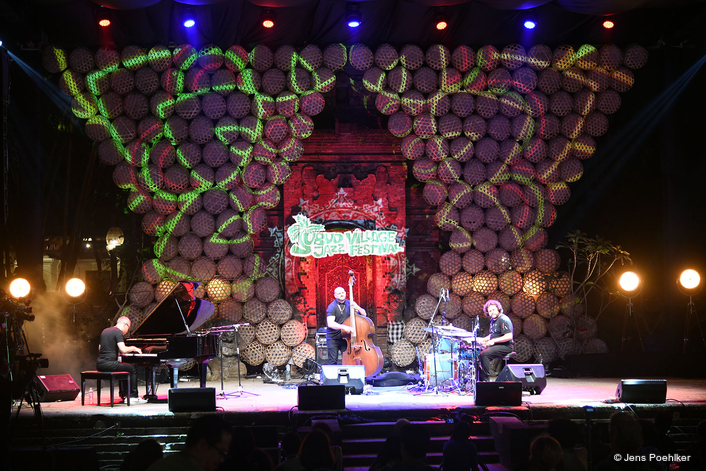 The six Pointes were used to highlight and accent specific moments during some of the performances, a powerful ‘special’ for some of the more intense musical moments. The beams looked excellent and atmospheric, especially with haze present, and were great for solos.

The PicklePATTs boosted the general visual ambience, their large dish like reflectors looking interesting and contrasting with the baskets that had been sculpted into the set. This dynamic backdrop also became a 3D effect after dark with the addition of projections which were mapped to fit the curved and shaped surface.

Lighting was run from an Avolites Quartz console run by a team of operators from ETCetera Lighting.

This year’s Ubud Village Jazz festival – which has become among Bali’s most important cultural and community events – also coincided with the 74th Indonesian Independence Day celebrations, and was an enjoyable and invigorating experience with some superlative music and stunning lighting.

“We were very happy to work with Anom (the event’s founder) to bring all parties together for this festival. It was a local first in Bali to have this number of Robe fixtures on stage and the feedback has been absolutely spectacular. We are very much looking forward to the next edition of Ubud Village Jazz Festival!” stated Jens Poehlker, MD of Robe Lighting Asia Pacific. “Confirmed for 14th and 15th August 2020, we have ‘certainly’ marked our calendars already!” 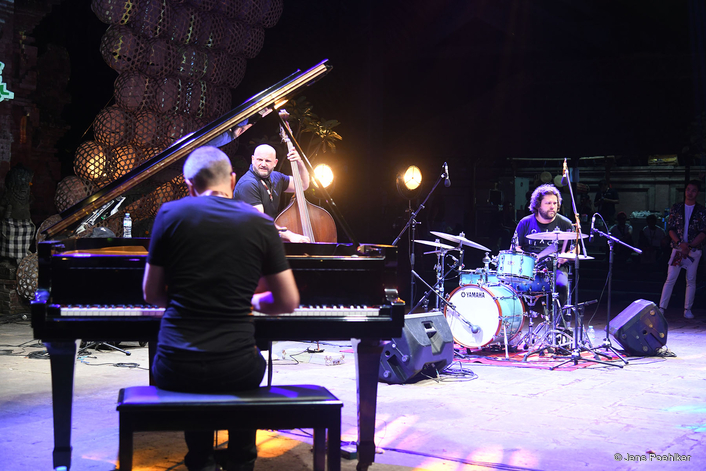