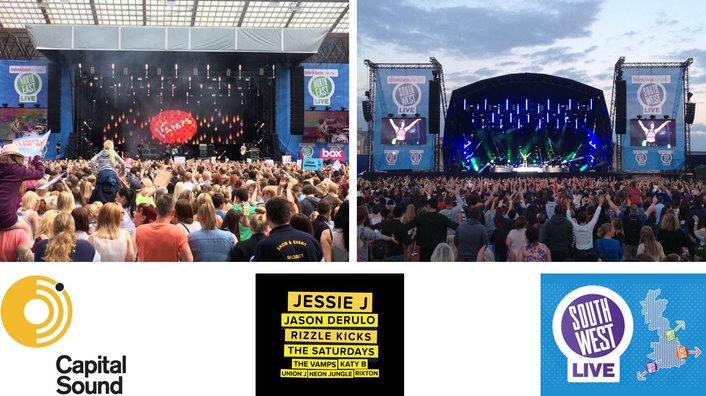 .
UK Live is a new series of one-day festivals held during June at three locations around the country. Leading audio rental company Capital Sound was tasked with providing audio systems for both the NE Live and SW Live sites.

NE Live was held at Sunderland’s Stadium of Light football ground with around 30,000 attending, whilst SW Live was held on the beach at Weston Super Mare for 15,000 with the crowds at both sites enjoying sets from headline act Jessie J, along with Jason Derulo, Rizzle Kicks, The Saturdays, The Vamps, Union J, Katy B, Rixton and Neon Jungle.

“We supplied Large MLA systems at both venues,” explains Paul Timmins, Capital’s general manager. “At Sunderland we deployed a four hang MLA rig and a twin hang MLA rig at Weston-super-Mare with out hangs of MLA Compact. Control was via twin avid Profile consoles at FOH and twin Yamaha PM5d consoles on monitors.”

“We were really pleased to be asked to work on these new festival by AEG,” says Paul. “It was a challenge, simply because June was such a busy month for us, but it was one we were able to manage very effectively.”

Capital Goes Back to the ...naby Street - The Concert
Capital Hire and Martin A...io MLA turn up the Volume
SW19 Shines on with The A...ustralian Pink Floyd Show