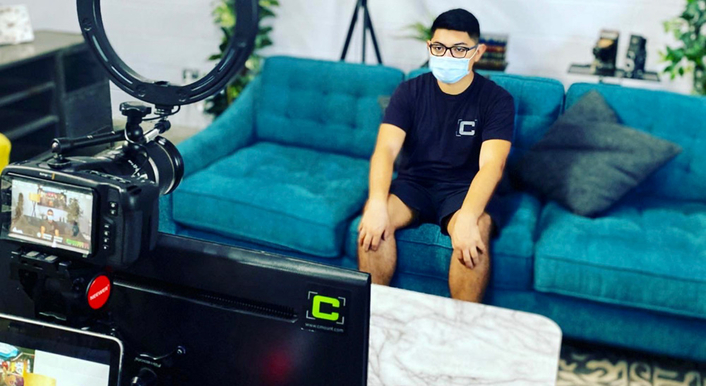 Blackmagic Design today announced that 26 of this year’s Emmy® Award nominees who live or were located in California were live streamed into the telecast of the 72nd Emmys using kits built around Pocket Cinema Camera 6K and ATEM Mini Pro switchers. The kits were built by Los Angeles based C Mount Inc as part of the first virtual, nationally telecast Emmy ceremonies, which brought together nominees in 20 cities and 10 countries. The 72nd Emmy Awards were held at Staples Center in Los Angeles, with Jimmy Kimmel hosting the show in front of a mostly empty arena while nominees and presenters were live streamed. Broadcast around the world, the show included more than 100 virtual attendees being shown before and after each award presentation, in acceptance speeches and finally with press interviews managed through the ABC virtual media room.

C Mount, a full service video equipment rental house that has also become a leader in custom wireless production, was tasked by Done and Dusted, the production company responsible for the entire award show, to build the remote kits. The kits needed to include a large image sensor camera and a multi input video switcher that required no effort on the part of the nominees to operate, and could all be controlled remotely by C Mount in their Glendale, CA location.

“The whole event went really smoothly and the Blackmagic cameras and switchers were a huge part of that,” said Jason Liquori, C Mount’s lead custom gear solutions provider who oversaw the design and installation of the Emmy kits. “We were asked to build kits that included a camera that could give a cinematic look but also played within broadcast rules and standards. We had to also include a broadcast quality switcher, and everything had to be able to be remotely controlled and allow the feeds to be easily sent back and forth from the Staple Center control room and our own facility.”

Liquri has had years of experience building custom, remote broadcast solutions and has used Blackmagic Design cameras in the past for shows such as Jimmy Kimmel’s and Apple’s “Carpool Karaoke” and “The Ellen Show.” Since the beginning of the pandemic crisis in March of 2020, C Mount has also helped build and deploy a number of high profile remote kits, including Done and Dusted's “ABC/Disney Family Sing Along,” “The LLS With James Corden Garage Show,” “The Voice” and “The Masked Singer” for Fox. 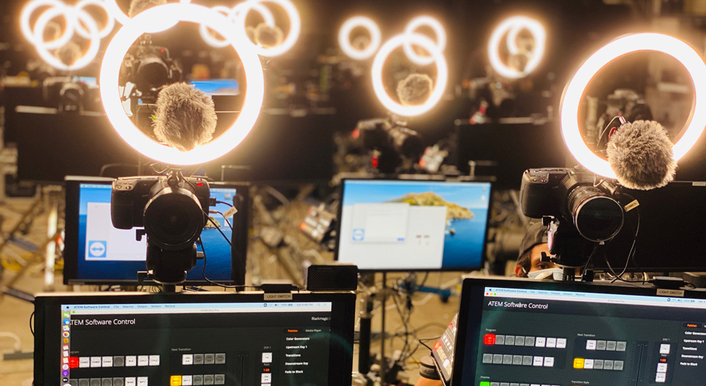 Nominees were sent a kit that included a Pocket Cinema Camera 6K, an ATEM Mini Pro, a 27” monitor and a master power cord. Control of the stream was done by C Mount remotely, leaving the nominees to focus on their part in the show instead of managing technology. Feeds from the kits were sent to Done and Dusted’s main control room at the Staples Center and to C Mount’s facility.

“The amount of control that the ATEM Mini Pro gives made both my crew’s life easier and added no stress to the nominees. We built the kits, rolled them into the nominee’s homes and they just plugged them in. The biggest task for the nominees was making sure they were in a good spot for WIFI. Beyond that, the kit was really plug and play for them,” he said. 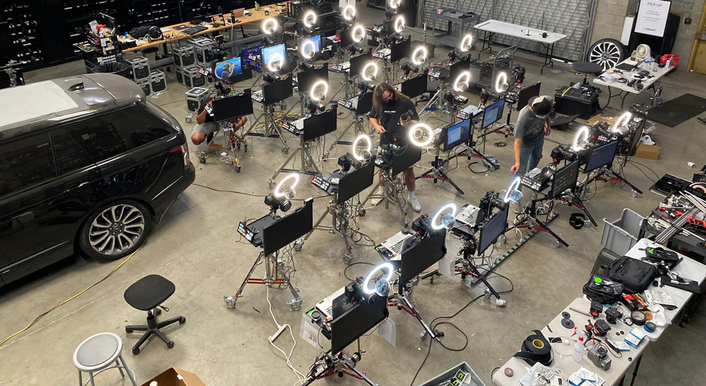 “The recent software updates to Blackmagic’s camera OS was what got me thinking we could use a combination of the ATEM Mini Pro and Pocket. We had full camera control and a USB interface for Webcam, along with a large sensor camera that gave us amazing cinematic images. And both are compact, so we could be an efficient kit that took up very little space wherever the nominees were,” Liquori said.

Beyond the camera control capabilities, the ATEM Mini Pro’s also allowed C Mount to control and monitor audio inputs during the show. 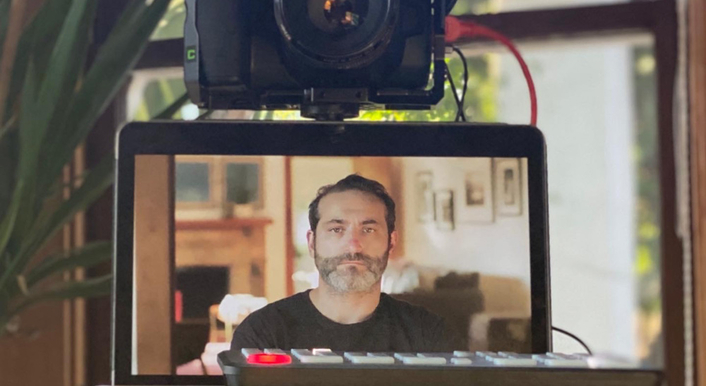 “The scope of what the Emmys was looking to do was really ambitious, and because it was the Emmys there was very little room for anything to go wrong. The Blackmagic products worked perfectly and always give me the freedom to be creative,” said Liquori finished.