Brompton delivers visually stunning show at Music for the Marsden 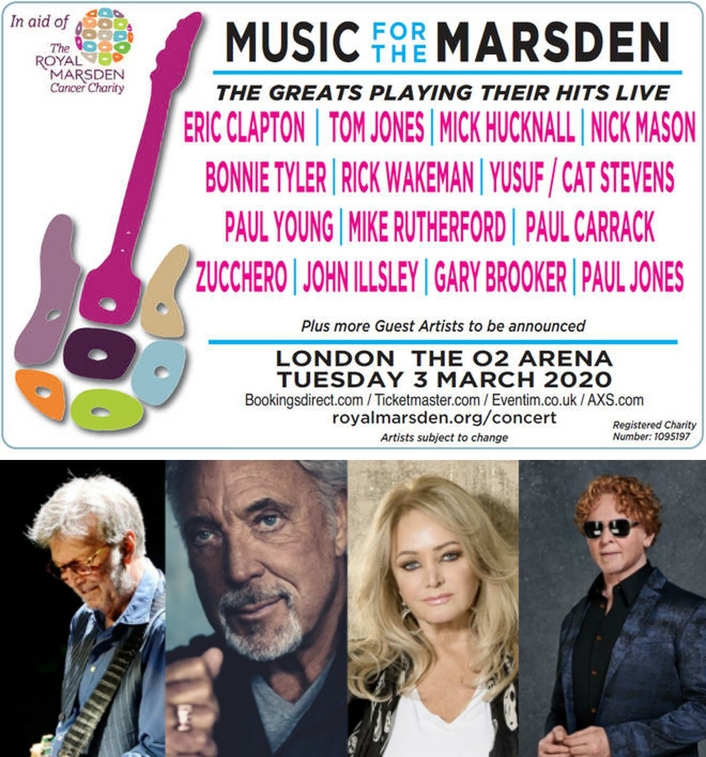 In early March some of the world's greatest artists came together to put on a benefit concert at London’s The O2 Arena to raise vital funds for The Royal Marsden Cancer Charity. Sir Tom Jones, Eric Clapton, Bonnie Tyler and Van Morrison were amongst a formidable line up that took to the stage performing their greatest hits, raising close to one million pounds for The Royal Marsden’s brand new treatment and research facility; the Oak Cancer Centre in Sutton, Surrey. To complement the star-studded benefit, state-of-the-art video rental company Universal Pixels (UP) deployed Brompton Technology’s LED processing power to provide a visually stunning show.

“We used one SX40 and one XD unit for the central upstage totems, as we needed the 4K canvas size,” explains UP’s Project Manager, Mark Strange. “This came directly from the disguise servers.”

“The Brompton interface is so intuitive,” he continues. “When sending the SX40s out with our crew I have the confidence that everything is going to work, and within the tight timelines that we have to meet when installing a show.”

The two other Tessera SX40s and XD units were used for the two IMAG screens, with camera director Dick Carruthers utilising Grass Valley camera control system so the two screens could show different content. The team also fed the disguise server into the PPU, so they could have playback onto the IMAG screens as well. 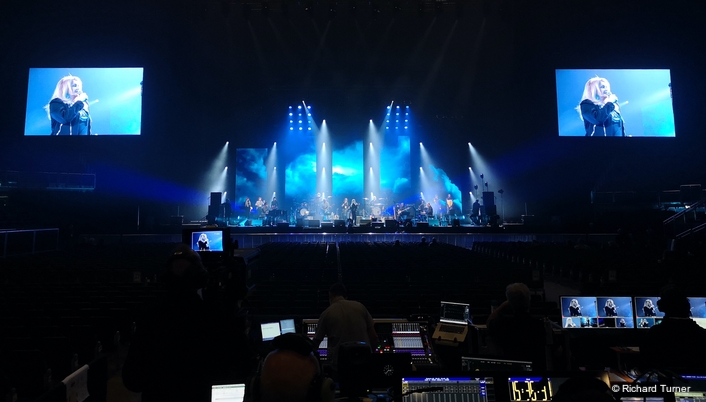 “We wanted to use the SX40s and XD units for the IMAGs to allow a direct SDI input from the PPU,” explains Strange. “By minimising the delay time and not going through any other processing, we were able to deliver the cleanest signal flow to get signal from the cameras to screen.”

With The O2 being one of the world’s busiest and largest music venues, some of the distances to the screens required UP to use the fibre links and have the processor at the FOH position, and the XD units local to the screen which helped to reduce the volume of the data cable runs.

Strange was full of praise for the UP team and Brompton’s processing technology:

“It looked stunning, with Richard Turner's visuals and Dick Carruthers's sharp, yet seamless camera direction, plus reliable video processing from Brompton, we were always going to be in good hands. There was an amazing line up of legendary artists on stage - it really was a once in a lifetime show.”

The concert not only received awe-inspiring reviews, but also raised a significant amount of money for The Royal Marsden.

"Your team did a great job,” comments one of the evening’s organisers, Andrew Zweck, about UP’s commitment to delivering a first-class visual performance. “Big success. A really significant first-class event. Everyone involved is over the moon. Marsden will make close to £1m. Your input is sincerely appreciated.”

Brompton Technology is an award-winning specialist manufacturer of video processing products for the live event and broadcast industries. Its Tessera system is the market-leading processing solution for LED video walls, used on everything from huge global world tours for bands like Metallica, Massive Attack and U2, to pioneering green screen replacement in film and TV.

Established in 2011, Brompton Technology is part of the Carallon group of companies based in West London. It is regularly at the forefront of technology within the LED video sector, recently launching Dynamic Calibration, a revolutionary approach to LED panel calibration to achieve previously unattainable levels of panel performance. Product and feature designs come from years of industry and engineering experience, with a team dedicated to providing robust, reliable, exceptional service to its partners and end users. Brompton Technology is a globally known and respected brand within the LED video industry, featured as one of the top one hundred private technology companies in The Sunday Times Tech Track 100 league table for the last two years running.

Music for the Marsden
BROMPTON TECHNOLOGY