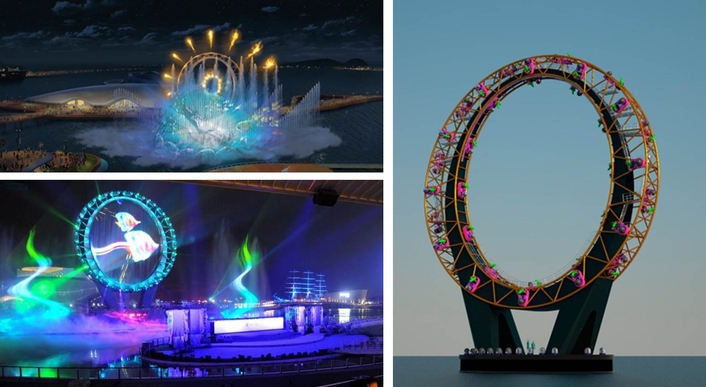 BIG-O enjoyed a stunning debut at EXPO 2012 and stands impressively as a giant 41-meter high sculpture and 3,000-nozzle water curtain that transforms into an immersive multi-sensory show by night. The magnificent interaction of light and water incorporates 30 Martin MAC 2000 Profile™ and 48 MAC 2000 Beam XB™ luminaires as an integral multimedia element. All Martin luminaires are in protection domes and were supplied by Martin distributor Hansam System Co. Ltd. 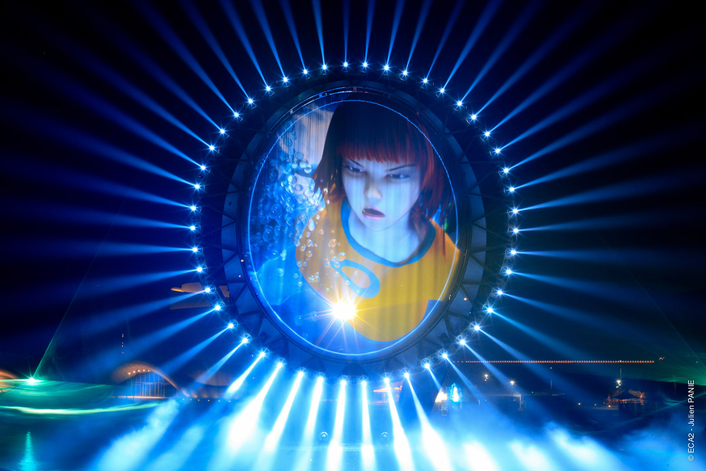 ECA2 pushed the envelope of innovation with BIG-O, creating the largest sea water curtain ever attempted in a multimedia show - the cascade screen© - and then incorporating various show elements like lighting, flames, lasers and video in a new and unique way.

Incorporation of lighting onto the 35-meter-high water curtain was a challenge. ECA2’s new approach to technology pushed the team to createnew ways of technical delivery and maintenance such as a custom-made housing traverse lighting dolly that can be slid out of the lights’ protective housing for maintenance, on-board programming and bulb replacement. It is this type of innovation that pushed the ECA2 team to create best new practices for the industry.

The success of BIG-O as an emotional journey is exemplified in the 100,000 weekly visitors the show attracted during the EXPO and, because the committee decided to turn the BIG-O experience into a permanent show, the many others who visit BIG-O every day. 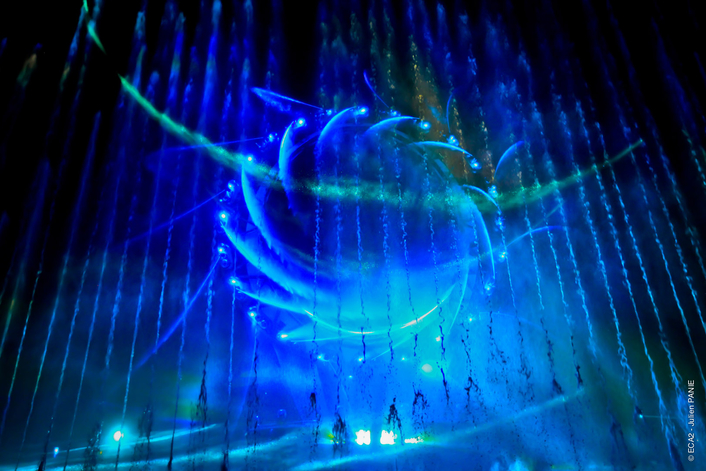 ECA2 – Project Developer/Producer
For over 30 years, ECA2 has been creating and producing major events and shows worldwide. Renowned for its outstanding creativity, innovative designs and technical expertise, ECA2 devises unique creations for special events, World Expos, Olympic ceremonies and permanent shows for theme parks. The in-house design and technical engineering team ensures a true 360-degree delivery of services from A to Z. This methodology was carried throughout the production life cycle of BIG-O. 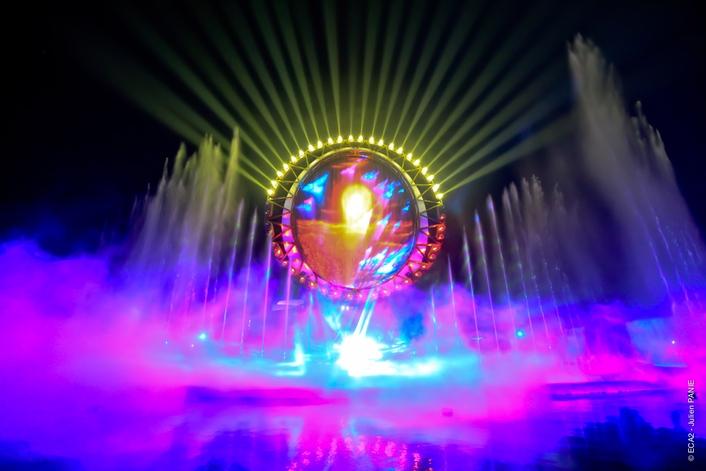