The National Centre for the Performing Arts in Beijing has staged Aida with the lighting designer Vinicio Cheli and a whole group of Italian professionals known worldwide: stage designer Ezio Frigerio, director Francesco Micheli, costume designer Francia Squarciapino, and Sergio Metalli, who dealt with the video projections. Cheli was asked to design the lighting for Verdi's opera.

Frigerio dramatically increased the size of the sets. "The tomb of Radamès was 59 feet high (18 metres)," said Cheli, and the set was submerged with sand: during the Napoleonic campaign, half of the monumental ruins we know today in Egypt were still covered with sand. 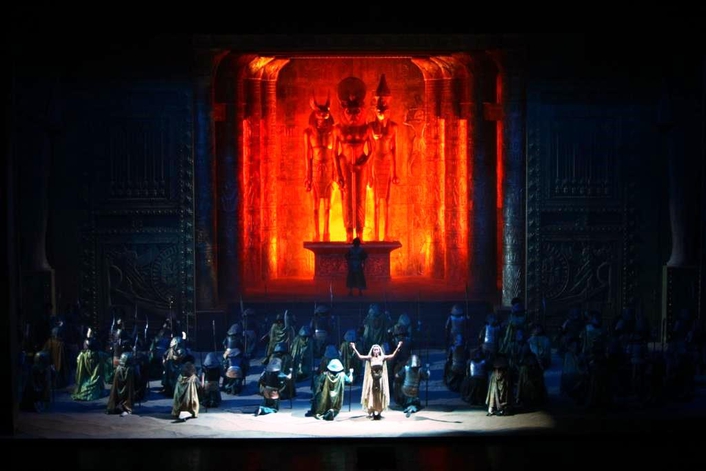 Cheli relied on Clay Paky's refined colour system to reconstruct the subdued daytime and night-time atmospheres evoked by the pictures in the 19th-century text 'Napoleon in Egypt'.
Using the set designer's sketches, Cheli set out identifying the "points where the light should arrive from, choosing the fixtures to use, and finding some technical solutions" in order to light the various scenes that take place during the story of Aida and her love for Radamès. "You go from outdoors - the first act takes place on the banks of the Nile - to the gardens of an Egyptian Palace. Then the scene moves on, with a skilful change without any interruption in the music, to Radamès' triumphal march (Act II, scene 2). Radamès returns victorious after being chosen by Isis as commander of the army that fought against Amonasro." 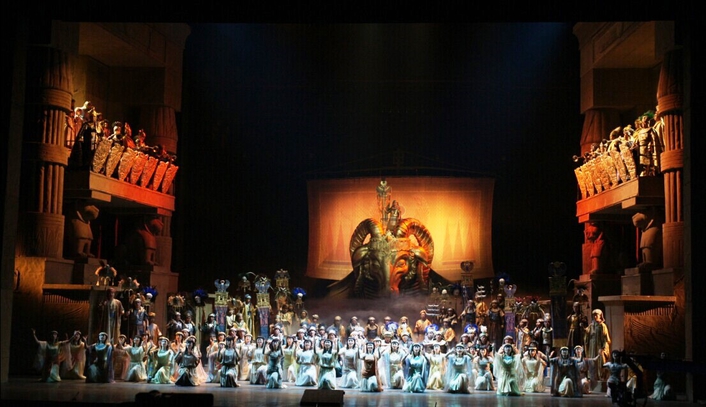 The great scenic movements, which went well beyond the normal depth of the stage (130 feet [40 metres] of overall stage space), were dynamically lit with the slow silence required in a theatre using about sixty lights, including Alpha Profile 1500s and Alpha Wash 1500s. "The triumphal march was absolutely huge: a ship dragged by slaves, which entered from the back of the stage and rose up majestically." 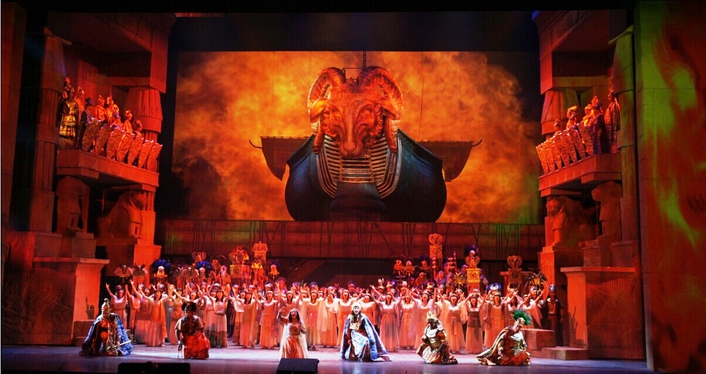 It was possible to light the movements of the ship and slaves smoothly and illuminate  the scene changes with great precision thanks to the reliability of the lights and with patient effective programming work, which also included appliances installed on moving towers specially designed so that they could assume several positions. For example, as Cheli pointed out, "the river in the Nile scene was a projected video. It was therefore necessary to position the lights very carefully just outside the projected video image in order not to ruin the stage lighting results." 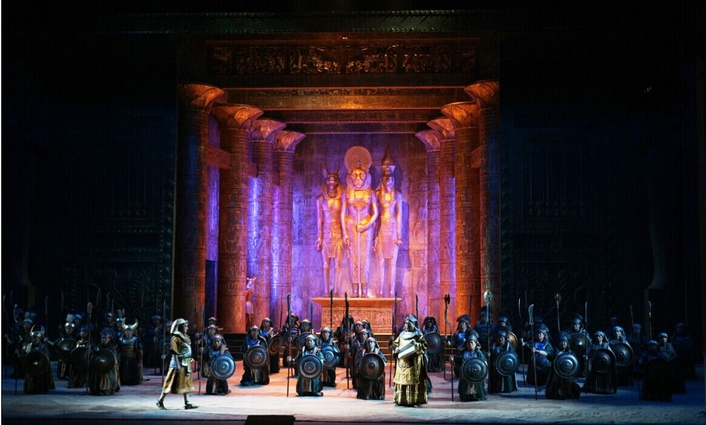 After Beijing, tireless Cheli will move on to the new Astana opera house, and then the Opéra Garnier in Paris. He assures us he will be able to use Clay Paky lights in all the theatres he is called to.