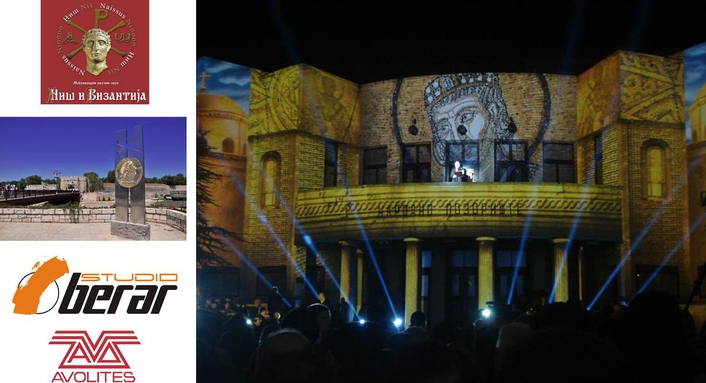 .
Avolites' compact yet fully-featured moving light control system Titan Mobile has powered an inspired light show in Serbia to mark a year of celebrations marking 1700 years of the Edict of Milan.

Avolites' Serbian distributor Studio Berar Projekt, based in the city of Novi Sad, supplied the Titan Mobile for the opening ceremony, which featured a dynamic lighting design beamed onto the façade of the Serbia's National Theatre in the city of Nis.

Serbia will mark 17 centuries of the Edict - a document on tolerance and religious equality signed by Roman Emporer Constantine - over the course of the year with theatre performances, exhibits and concerts. The Opening Ceremony offered a reading of the Edict of Milan and a gala concert of spiritual music attended by Serbian President Tomislav Nikolić and hosted by Russian Ambassador in Belgrade Alexander Chepurin.

"Avolites' Titan Mobile was incredibly fast and easy to set up in this outdoor space," says Lazar Josanov from Studio Projekt Berar. "It's compact dimensions means it really is very mobile yet capable of fast and precise control of the lighting system for the event, using an array of Spot and Wash luminaires to light up the beautiful frontage of the National Theatre." 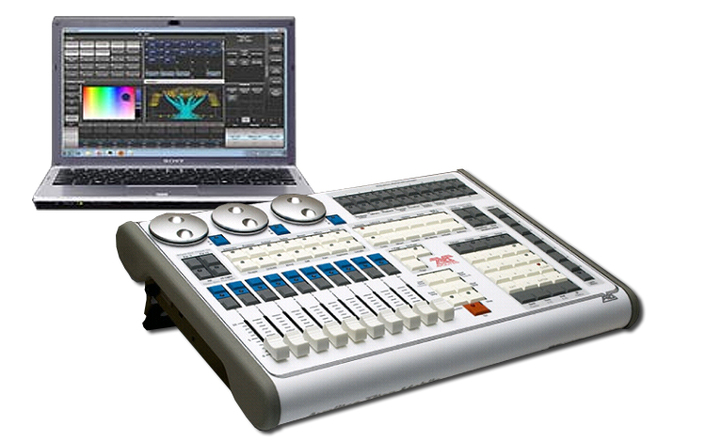 Studio Projekt Berar is a passionate supporter of Avolites products, regularly conducting presentations and demos to rental houses and end users in Serbia.

"As official Avolites distributor we're keen to offer full support to our clients, providing post-sales training and install solutions," continues Josanov. "In our premises in Novi Sad we have a fully-equipped showroom where we run training and demo events - and we pride ourselves on our continuing warranty and support for customers choosing Avolites consoles."

Koy Neminathan, sales director for Avolites commented: "The Avolites Titan Mobile binds the awesome power of Titan software with a compact and lightweight unit that connects to a laptop to produce a fully featured moving light control system, enabling lighting designers to 'keep it live' while preserving their show's visual integrity. I'm delighted that the Titan Mobile's features are being utilised at an event such as the Opening Ceremony of the Edict of Milan celebrations - and it's fantastic that with the dedication and support of our friends at Studio Projekt Berar, the range of Avolites products is supported to such a degree."